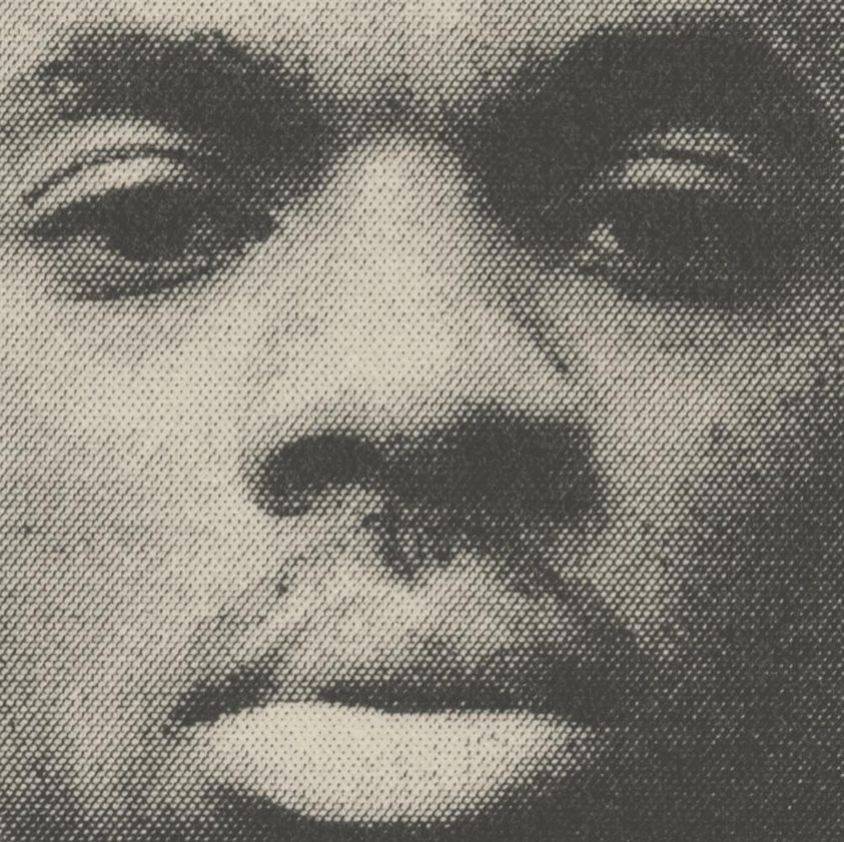 Prior to Vince Staples’ new self-titled album, the Long Beach rapper hadn’t released a project since 2018’s frenetic FM! The anticipation for a follow-up from his fans was palpable over the last three years, but when Vince Staples arrived on July 9, it likely wasn’t what they were expecting.

Of course, no artist should be confined to one particular style, but anyone looking for high-octane bangers such as “Big Fish” from 2017’s Big Fish Theory or even “Norf Norf” from 2015’s Summertime ’06 won’t find that here. There’s a certain energy missing that was found on his previous projects, almost as if they forgot the more dynamic part of the album on the cutting room floor.

Here, Staples is in a more reflective mode, delicately riding the Kenny Beats-produced project with more apathy and less joie de vivre. And that’s not necessarily a bad thing — it’s just different. But again, while Staples was off making people laugh with The Vince Staples Show or his seemingly endless Twitter musings, inside he was wrestling with some personal turmoil that bleeds into nearly every song on the 10-track effort, lending the overall musical aesthetic a sleepy, nearly joyless vibe.

Vince Staples is now 28, seven years older than when he dropped his promising debut EP Hell Can Wait with Def Jam in 2014. As he inches toward 30, an age where most people really start to focus on their purpose in life, it’s blatantly apparent he’s struggling with aspects of his current existence that were previously foreign, including his newfound fame and unwillingness to abandon his beloved Northside Long Beach for the safer streets of Malibu or Calabasas.

After all, Staples grew up watching gang violence swallow his community, giving him the license to so casually spit about once wanting to shoot “a couple n-ggas in the head” on the mellow, synth-driven album opener “Are You With That?” He romanticizes about his former gang life frequently throughout the album with both a sense of regret and pride, while remaining loyal to the city that raised him.

As Staples astutely raps on “Take Me Home” featuring R&B singer Fousheé, “Don’t wanna dream ’bout the shit I done did/You know these trips come with baggage, been all cross this atlas/But keep coming back to this place ’cause it trapped us/I preach what I practice, these streets all I’ve known/And it’s no place like home.”

Then there’s the ascending synths and hypnotic bass of “Taking Trips” where Staples confesses he’s always strapped and struggling with who to trust, another common theme.

“I hate July, crime is high, the summer suck (sheesh),” he raps. “Can’t even hit the beach without my heat, it’s in my trunk.”

Another highlight is the infectious hook on “The Shining,” which finds Staples loosely singing and rapping with voracity at the same time. Lines such as “Still in search of (yeah)/Ain’t no N.E.R.D.” prove Staples’ penchant for clever wordplay remains sharp. It’s also refreshing to hear a rapper scoff at the “bitches, Bentleys and billions” mentality that’s so often at the forefront of mainstream rap.

“Fuck a mansion (you lame),” he says. “Asked when I’ma move to Malibu or Calabasas (hell nah, you lame)/I can’t never do it, I’m too active, she attractive (huh?)/But she plastic I can’t get with that shit (how? Huh?).” He takes it up a notch on “Law Of Averages” when he essentially clowns materialistic women obsessed with Birkin and Chloé bags.

But Staples is admittedly more suspicious of people around him than ever, which he demonstrates on “Sundown Town” with, “When I see my fans I’m too paranoid to shake they hands. Clutching on the blam, don’t know if you foe or if you fam.”

Even so, Staples is simultaneously more sure of himself, too — he knows what he wants and doesn’t want. Like on the slightly more uptempo album standout “Lil Fade,” he marvels at his longevity in the game with, “Death threats, I ain’t lose a step yet (so what?). Still hangin’ like a Warhol (Warhol).”

In addition to eight full songs, there are also two interludes on the project — “The Apple & The Tree” and “Lakewood Mall” —  which aren’t 100 percent needed, but they do provide a little insight into Staples’ upbringing.

Much like Tyler, The Creator did on CALL ME IF YOU GET LOST, Staples uses a recording of his mother on the former to paint a portrait of life inside the Staples’ household. She says she willingly lied on the witness stand to prevent his father from going to jail for shooting somebody while talking about how she was singing in the church choir with a gun in her purse. 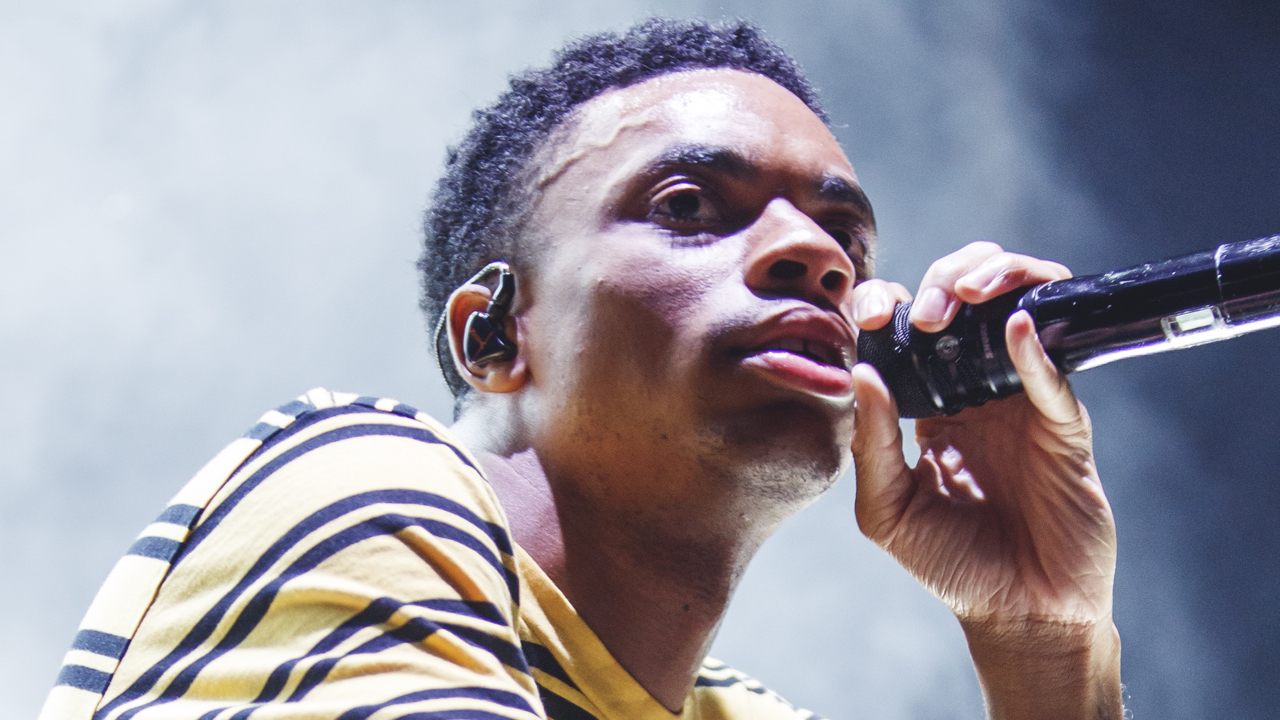 These subtle glimpses into Staples’ inner circle allow Vince Staples to almost play out like a personal journal and re-introduce his fans to a more evolved version of the Motown artist.

While very sonically cohesive, there are too many times when the album borders on fading into nothing but background music. But this project takes the proper time and attention to fully digest. After repeated listens, it suddenly becomes crystal clear — this is mood music. This is the result of Staples ruminating on some heavy topics and Kenny Beats being able to deliver the emotive backdrop required to let his complex emotions and creative freedom shine through — if only it came with a few more punches.

I GENUINELY, DEEPLY LOVED THE NEW VINCE STAPLES ALBUM AND I THINK I WOULD CONSIDER IT MY FAVORITE. LISTENED TO IT 3 TIMES IN A ROW ON MY WALK HOME AND DECIDED THAT THE SECOND TIME AROUND.

Sounds commercial. I ain't never heard you sing or use melodies until this album. Not saying it's trash, but definitely not a Summertime 06 or Big Fish Theory vibe. Barely sounds west coast