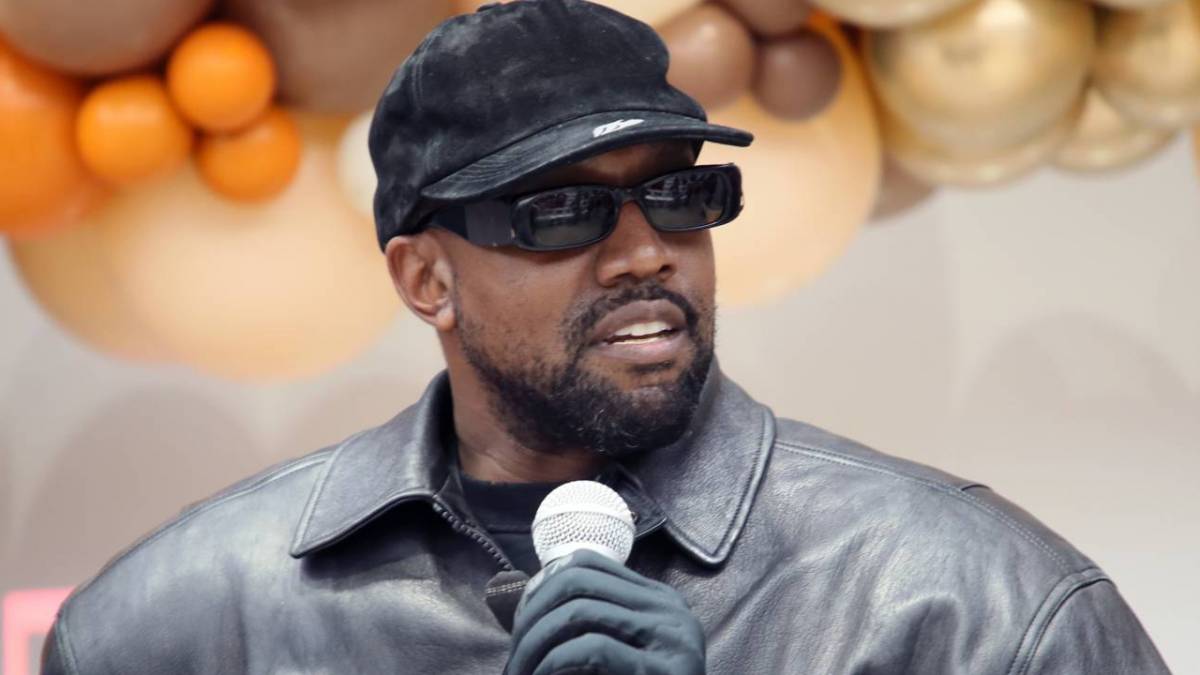 Whittier, CA – Kanye West was in attendance to support his Donda Academy basketball team as they hosted their homecoming game at Whittier College in Southern Los Angeles on Wednesday night (December 22).

As usual for Yeezy, he was mobbed by the hundreds of students and fans in attendance after the game courtside. Footage surfaced of Kanye signing autographs on an assortment of items and even penned his new legal name “Ye” in sharpie on the back of an iPhone.

Kanye West wasn’t the only star in attendance as French Montana was also a special guest of the Donda Academy Doves. Seemingly returning the favor for a bunch of Yeezy care packages, French was photographed gifting Kanye a rare pair of Air Jordan 3 “Coke Boy L.A. Ave” edition kicks.

With Kanye signed to Adidas and as someone who isn’t rocking anything other than Balenciaga or Yeezy boots on his feet, nobody could’ve expected Ye to ever rock the limited-edition Jordan’s. Fans on Twitter allegedly saw Kanye actually gift the sneakers to a lucky security guard on his way out for the night.

Earlier this week, Kanye West made his way to Offset’s 30th birthday party on Tuesday night (December 21). He gifted the Migos rapper a pair of Yeezy prototypes in the unreleased tangerine Orange BSKTBL and 1050’s.