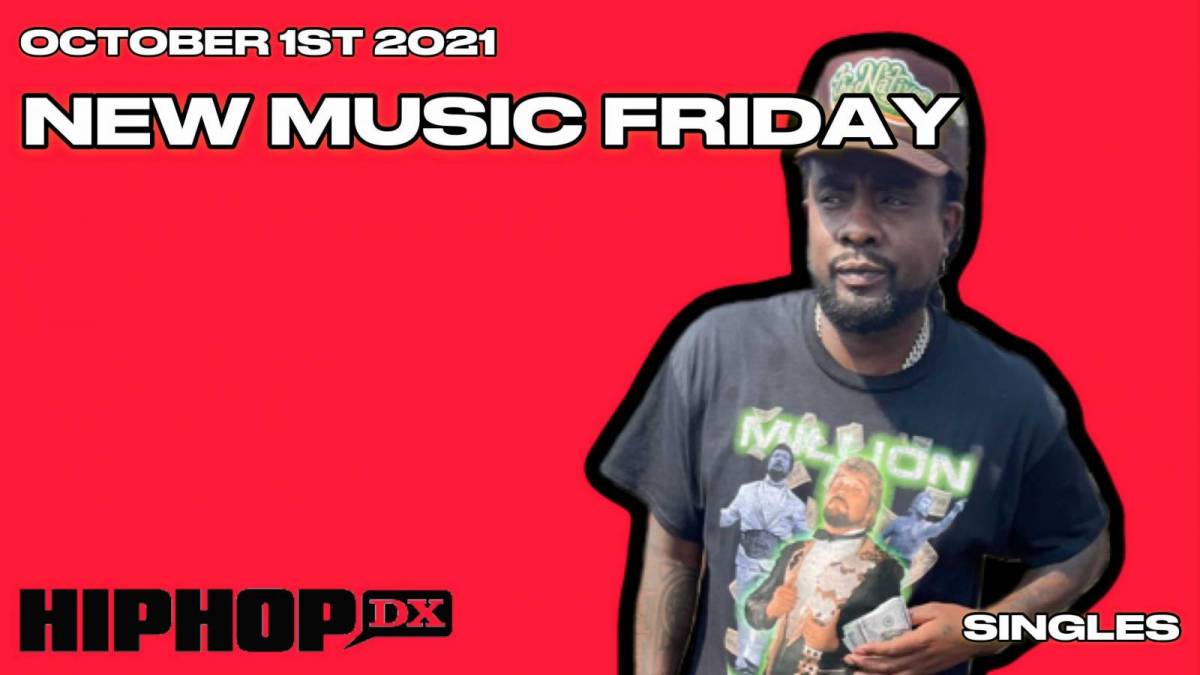 The weather is beginning to cool off and September has finally come to an end. As fall inches closer and closer, it’s time to make sure those playlists are in order.

Luckily, DX has you covered with a full round up of the best singles to drop on today’s edition of New Music Friday. During the week ending on Friday (October 1), fans received new music from Wale and J. Cole, Kali Uchis and SZA, Skyler Grey and Atlanta rapper 2FeetBino.

With enough new music to fill your Autumn playlists, this New Music Friday is not to be missed.

J. Cole has been barring-up all year, so it only makes sense that he team up with industry vet Wale for “Poke It Out.”

Cole still hasn’t cooled down from the astronomic highs of The Off-Season and singles such as “Your Heart” with Karen Civil’s rival Joyner Lucas, and he carries that energy strongly on “Poke It Out.” Wale has also had a strong year so far, dropping bangers including “Down South” and “Angles.”

Ethereal and sweeping, “fue mejor” is a must-listen R&B track from two leading ladies of the genre, Kali Uchis and SZA. Uchis, with the help of TikTok, experienced a break out 2020 with songs such as “telepatía,” and she continued her momentum into 2021, lacing a stellar verse on Don Toliver’s “Drugs N Hella Melodies” and now “fue mejor.”

Meanwhile, fans must go all the way back to 2020’s “Good Days” for SZA’s latest single, even though she’s been making waves for features on “Kiss Me More” from Doja Cat and SAINt JHN’s “Just For Me.” But despite her relative absence from music, SZA proves she hasn’t lost her touch on “fue mejor.”

Skylar Grey is back with longtime collaborator Eminem for “Last One Standing,” her latest track from the Venom 2 soundtrack. Responsible for hooks on tracks from Lupe Fiasco’s “Words I Never Said” to Dr. Dre’s “I Need A Doctor,” Grey is no stranger to lacing pop-laden verses on Hip Hop tracks.

Polo G and Mozzy weave through Grey’s melodic chorus as though they were on a mission. Polo’s verse is vicious and energetic while Mozzy opts for a more laidback flow. Eminem, meanwhile, is back on his wordplay game, spitting his verse in a vintage Shady fashion.

Bino Rideaux’s ascent to the top of Hip Hop has been meteoric. From his work with 2021 HipHopDX Rising Star Blxst to his joint track “NO MAKEUP” with King Combs, the melodic crooner has continued to level up in 2021.

In another big move, Rideaux tapped Compton’s Roddy Ricch for “LEMME FIND OUT,” combining their talents for a Billboard chart-ready anthem. Summer might be coming to a close, but Rideaux and Ricch still brought the heat.

U.K. songstress Mahalia brings her diverse and versatile sound to “Roadside” featuring AJ Tracey. The song runs through the idea of love and sacrifice, as Mahalia accepts the toxicity of her love interest and begins to prioritize her own wellbeing instead. Her voice is nimble and strong, yet still displays the vulnerability needed to convey such intamate information.

Tracey, who has one of the year’s best U.K.’s rap albums in Flu Game, fits perfectly over production from Keven Wolfsohn and KAMILLE, delivering a poignant verse about the women which make his head spin.

Teezo Touchdown does not look or sound like anyone else in the music game. His long dreadlocks are pierced with nails, but his voice is grounded and deeply sensitive. “I’m Just A Fan,” Touchdown’s latest, comes just a few months after his breakout verse on “RUNITUP” from Tyler, The Creator’s CALL ME IF YOU GET LOST, and carries the same emotional resonance.

“I’m Just A Fan” solidifies Touchdown’s down to earth, piercingly honest singing, as Touchdown croons about being unappreciated yet still finding the faith in himself to continue his journey. One of the most unapologetically unique artists in Hip Hop and R&B, Touchdown’s just getting started; aspiring artists beware.

Be sure to check out this week’s Honorable Mentions consisting of “zero” by cktrl featuring Mereba and “365” from Chase B, Babyface Ray and Zona Man.