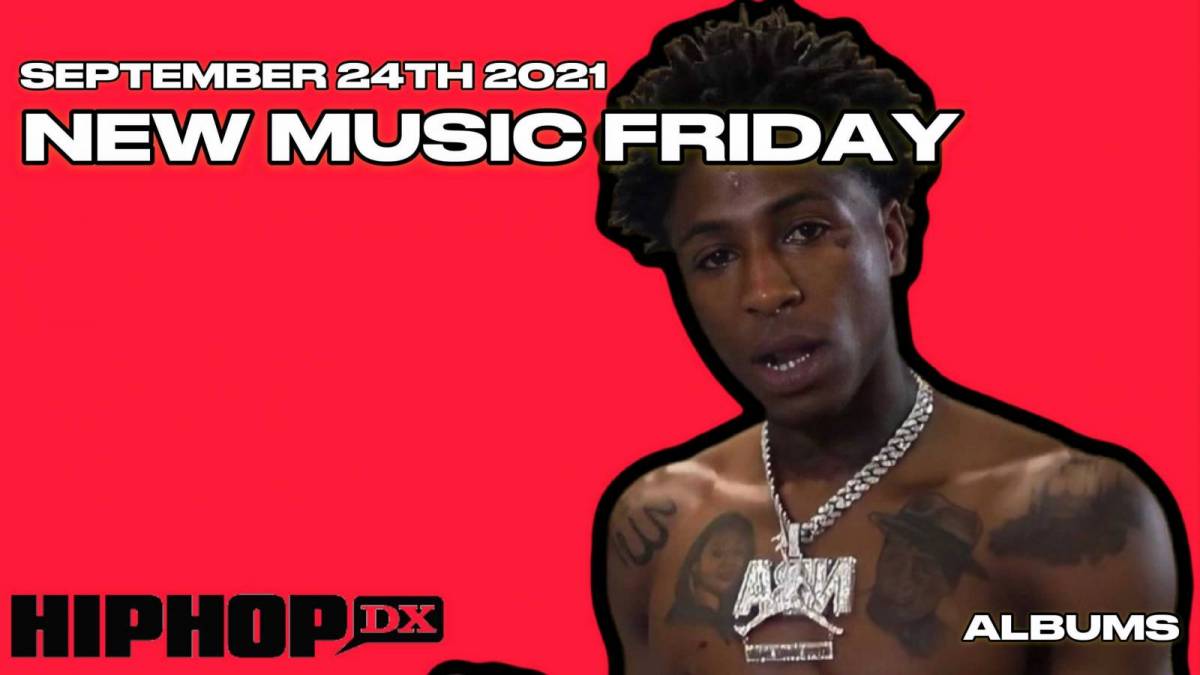 This week has been particularly hectic in the world of Hip Hop. DJ Akademiks awkwardly interrogated Rich The Kid (prompting the New York rapper to leave the interview in dramatic fashion), media mogul Karen Civil was aired out on Clubhouse for allegedly mishandling her clients money and Wack 100 continued to stick his nose in the business of others by announcing he is in possession of unseen footage from Kim Kardashian and Ray J’s notorious sex tape.

Serving as a needed distraction from the industry’s drama, another edition of New Music Friday is here, with new albums for every breed of rap fan.

There’s also new LPs from D Smoke, Kari Faux and more, so keep reading to find the best albums from Hip Hop and R&B which released on the week ending on Friday (September 24), below.

One of rap’s most fascinating, menacing and troubled figures, mega-star YoungBoy Never Broke Again has just released Sincerely, Kentrell, his long-awaited latest LP. YoungBoy, once one of Hip Hop’s most prolific artists, has slowed down in pace over the past year, partially because of legal issues which led to his incarceration, the latest being an arrest from this past March.

But YoungBoy has proven his ability to overcome obstacles again and again throughout his career, and Sincerely, Kentrell is just the latest example of this. A follow-up to his critically acclaimed 2020 album Top, the Baton Rouge rapper’s latest features heavy themes of trauma, loyalty and betrayal, all set to the tune of YoungBoy’s intoxicating crooning.

G-Eazy – These Things Happen Too

The latest from Bay Area rapper G-Eazy comes just less than a year after his run of deluxe re-issues, which featured the rapper adding tracks to The Beautiful & Damned and When It’s Dark Out, two of his mid 2010s projects, but it’s been even longer since the “Me, Myself & I” artist dropped an album of new material.

These Things Happen Too toys with G-Eazy’s love of the sounds of punk, twisted to his sleek and polished rapping style. The 32-year-old Oakland rapper managed to secure a diverse list of guest features, ranging from YG and Lil Wayne to E-40 and Demi Lovato. With production from Ambezza, Hit-Boy, OG Parker and more, this LP is not to be missed.

No New Music Friday coverage would be complete without an appearance from the Griselda team. After the release of Hitler Wears Hermes 8: Sincerely Adolf, Buffalo’s Westside Gunn is back again with Side B, essentially a new album’s worth of music to accompany the original thirteen-song tracklist.

Included in the new additions are verses from Tyler, The Creator, Jay Electronica, 2 Chainz, Stove God Cooks and more. Side B also features producers including Madlib, Jay Versace, Alchemist and Daringer. Like any Flygod project, the deluxe to HWH8 features belligerent adlibs, gritty bars and nasally singing.

North Carolina’s Solemn Brigham makes music which doesn’t fit into boxes. It subverts trendy aesthetics and sounds, taking bits and pieces from a diverse range of sub-genres before distilling it into Brigham’s deeply unique and personal sound.

South Sinner Street, led by singles such as “The Lore” and “Vantablack,” is full of frenetic and chaotic sounds, wrangled into a cohesive project through Brigham’s intentional artistic vision and calculated flows.

The bars are plentiful on Smoke’s latest as he goes head to head with familiar faces (BJ The Chicago Kid, Westside Boogie, SIR, John Legend, Ty Dolla $ign) and new faces (Marsha Ambrosius, Fireboy DML) alike. It’s clear that Smoke is as focused as ever, as War & Wonders challenges his previous releases as the best project in his discography so far.

It’s time to add JGreen to the radar. A former member of the YNW crew, JGreen has branched out since his departure, releasing solo projects such as Soul On Ice, 510 and now his latest, Waiting To Exhale 2. Like his former Boss Melly, JGreen translates the sounds of the trap into sweeping harmonies over booming drums and chopped-up instrumentals.

Waiting To Exhale 2 marks a new chapter in the young artist’s career as he continues to pave his own way through Hip Hop. From the Go Grizzly, Hitmaka and Pooh Beats produced “Outside” featuring PnB Rock to the Jackboy assisted “All On Me,” JGreen has successfully leveled up in 2021.

Before the release of Tyler, The Creator’s masterful CALL ME IF YOU GET LOST, DJ Drama’s resurgence in Hip Hop seemed unlikely. But the Gangsta Grillz pioneer is back in full force, dropping mixtape era influenced bangers, the latest being My Time with 19-year-old rapper Lakeyah.

My Time has all the fixings of a classic Gangsta Grillz album from the abrasive drops to the high-octane instrumentals. Lakeyah, Quality Control’s most recent member, fits perfectly at home across the eleven tracks, lacing ferocious bars alongside features including Tee Grizzley, Moneybagg Yo and Tyga.

If that’s not enough new music to keep you satisfied, be sure to stream this week’s Honorable Mentions consisting of Kari Faux’s Lowkey Superstar (Deluxe) and Larry June and Cardo’s Into The Late Night.