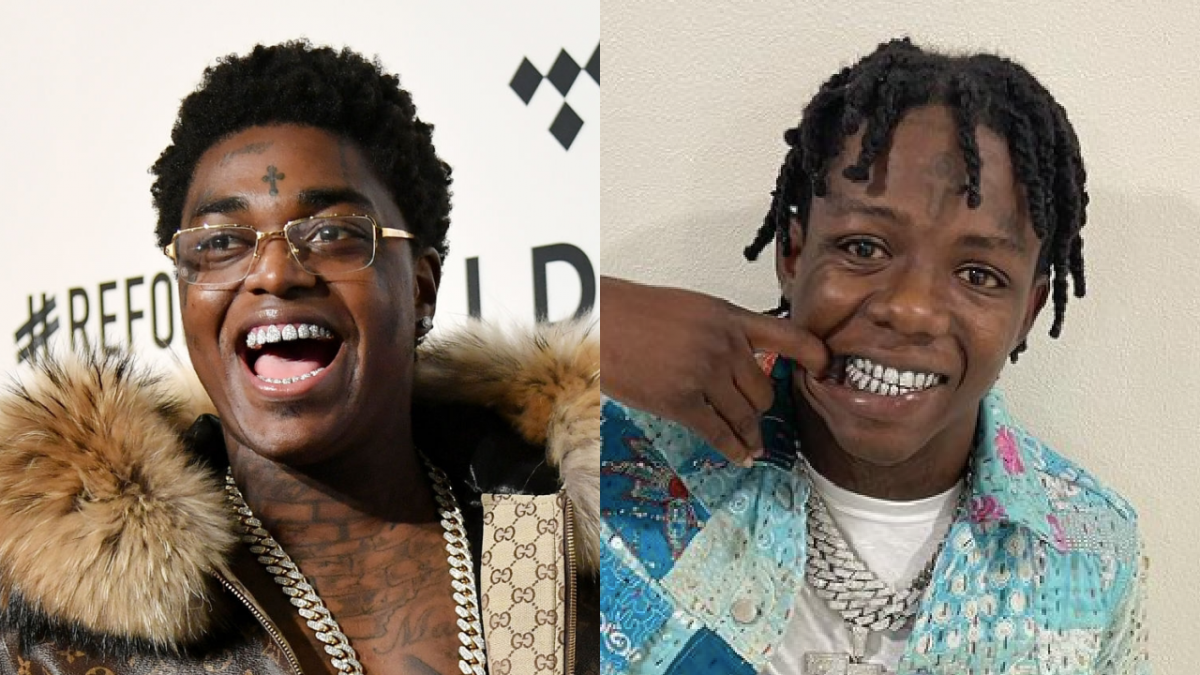 Kodak Black Makes Peace Offering To Jackboy: 'Come Give Me A Hug N-gga'

Former BFFs Kodak Black and Jackboy‘s relationship turned sour this summer over an apparent financial dispute, but it appears Kodak is ready to put the beef to bed.

In the early hours of Tuesday morning (September 21), the Florida rapper took to Twitter to extend an olive branch to his childhood friend and Sniper Gang signee. Kodak began by seemingly lamenting the recent death of Sniper Gang associate WizDaWizard before publicly asking Jackboy to bury the hatchet and hug it out.

“Fucked Up Feeling When You Can’t Even Explain How You Feel & Even When You Do Or Try To You Get Judged By Your Feelings,” he wrote. “Then , Funerals Turn To Photoshoots You Can’t Even Grieve In Peace.”

He added, “Let’s Use This As a Wakeup Call @Jackboy .. Shit Get Real Krazy Real Kwik Out Here , Unexpectedly ! & Fuck This Distance Love N-gga Come Give Me a Hug N-gga.”

Then , Funerals Turn To Photoshoots You Can’t Even Grieve In Peace

Let’s Use This As a Wakeup Call @Jackboy .. Shit Get Real Krazy Real Kwik Out Here , Unexpectedly ! & Fuck This Distance Love Nigga Come Give Me a Hug Nigga

In June, Kodak Black aired his grievances with his Sniper Gang roster — Jackboy, in particular — while bizarrely tossing $100,000 into the ocean. “Made A ‘M’ Off Lil Jack,” he wrote on Twitter while adding, “Took Long Enough But Dat Businezz Must Be Stood On.”

After Jackboy responded by taking the moral high ground (“I’m not gonna come on here and talk bad about my brother,” he said in an Instagram video), Kodak continued his tirade by calling Jackboy an “ungrateful lil bitch” and threatening to sue him over an alleged unpaid debt — while flushing more money away.

However, it appears recent events — namely the impending arrival of his first daughter and WizDaWizard’s aforementioned passing — has given Kodak Black a new outlook on life. Earlier this month, he announced his intentions to ignore the “dumb shit” and focus on being a girl dad for his daughter.

“I Got Mo Shit I Can B Petty Bout Or B Involved In,” Kodak tweeted on September 7. “I Got Drops I’m Debating On … But No Matter How Much Da Dumb Shit Tickles Me My Daughter Otw Mo Important.”

Jackboy has yet to respond to Kodak Black’s peace offering, but judging by his Instagram, the Sniper Gang rapper is currently living it up in the United Arab Emirates.

“Every Year A N-gga Music Getting Better With Age I Don’t Gotta Dick Ride Nun Of Theses Rappers Ima Ride My Own Wave,” he captioned a photo of him stepping out of a Rolls Royce outside the famous Sheikh Zayed Grand Mosque in Abu Dhabi.