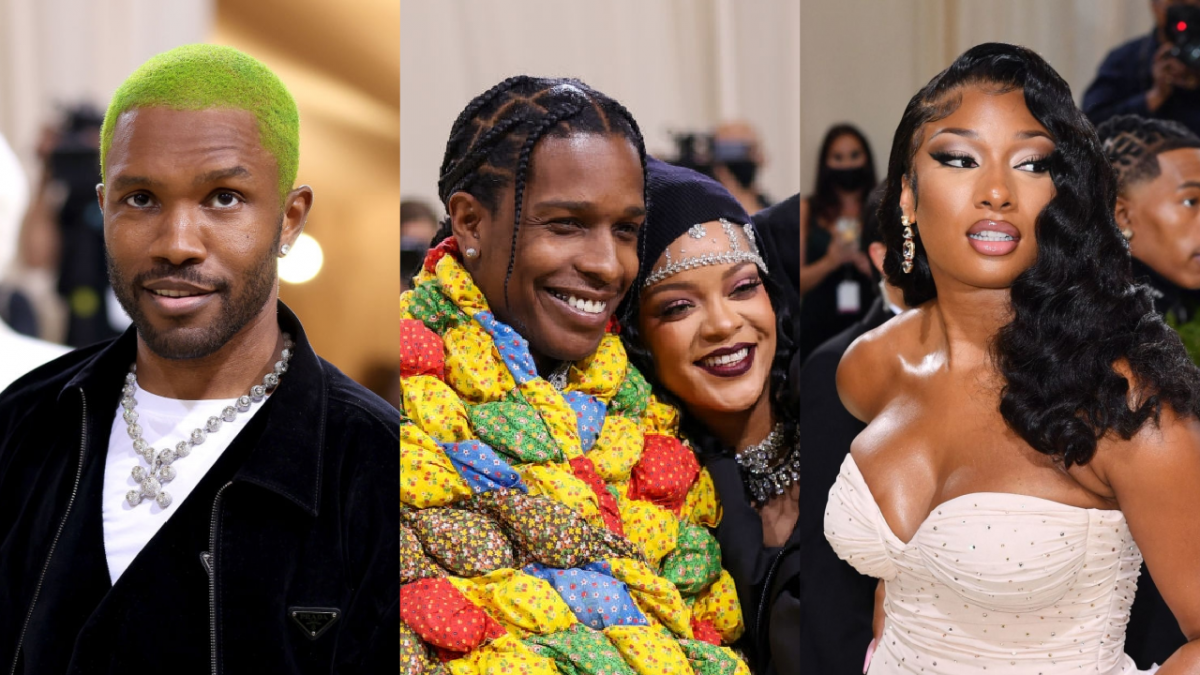 In a rare public appearance, Frank Ocean hit the Met Gala red carpet in a black Prada outfit accompanied by a Dreamcore cap and a necklace from his new luxury jewelry brand Homer. The elusive R&B singer also sported a neon green hairdo, similar to the one seen on his iconic Blonde album cover.

Frank Ocean pulled up to the #MetGala with a lime green baby 👀 pic.twitter.com/ZPijCdEWhL

The talking point of Frank Ocean’s Met Gala outfit, however, was the lime green animatronic baby he carried around with him. Fans have speculated it could’ve been a reference to The Sims or Enrico Pucci and The Green Baby from the Japanese manga series JoJo’s Bizarre Adventure. Even Frank himself didn’t seem to know the meaning behind it.

When asked to explain his Met Gala outfit during a red carpet interview with Keke Palmer for Vogue, Frank replied, “Well, movie magic, America… I don’t know,” as he motioned towards his doll. The theme of the event was American Fashion.

A$AP Rocky and Rihanna were by far the most loved-up couple on the 2021 Met Gala red carpet as they were spotted cozying up together in eye-catching ensembles.

Looking to reclaim her title as Queen of the Met Gala, RiRi donned an enveloping black ruffle dress from Balenciaga accompanied by a matching beanie and stunning Bulgari diamonds. Rocky, meanwhile, arrived wrapped up in an unusual colorful quilt coat designed by ERL, which he later shed to reveal a more orthodox suit.

Rumors of A$AP Rocky and Rihanna’s romance began circling in January 2020 before the powerhouse couple made their relationship official in May.

Fresh off a string of festival performances in the U.K., Megan Thee Stallion looked as stunning as ever as she made her Met Gala debut. The Houston hottie channeled Marilyn Monroe by wearing a bedazzled Coach ballgown with a ruffled hem.

Also making his Met Gala debut, Lil Nas X celebrated his Video of the Year win at the 2021 MTV Video Music Awards by showing off not one but three audacious outfits.

The “Industry Baby” rapper arrived draped in an ornate gold cape custom-designed by Donatella Versace. Shortly after stepping onto the red carpet, Lil Nas X removed it to reveal a golden suit of armour underneath, also designed by the Italian fashion legend. 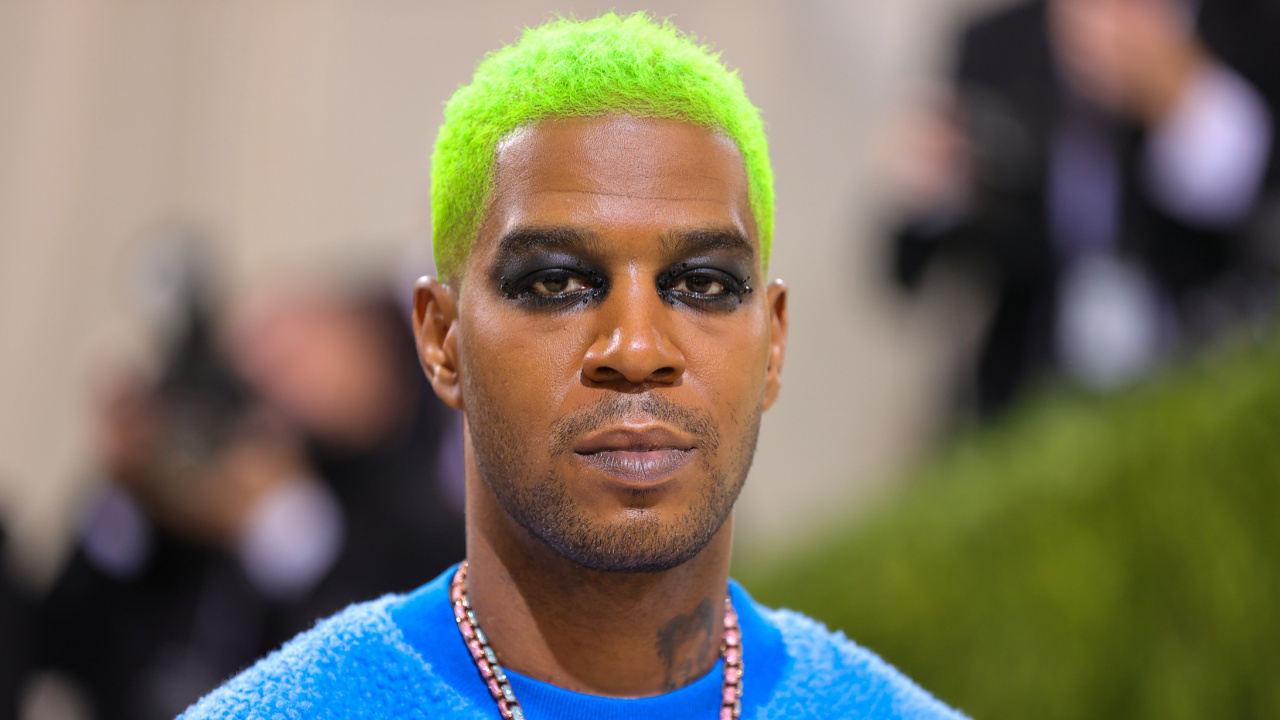 Lil Uzi Vert, Erykah Badu, Jack Harlow, Mary J. Blige and Kid Cudi, who showed off his stunning new $1 million Ben Baller and KAWS chain, were among the celebrities also in attendance at the 2021 Met Gala. 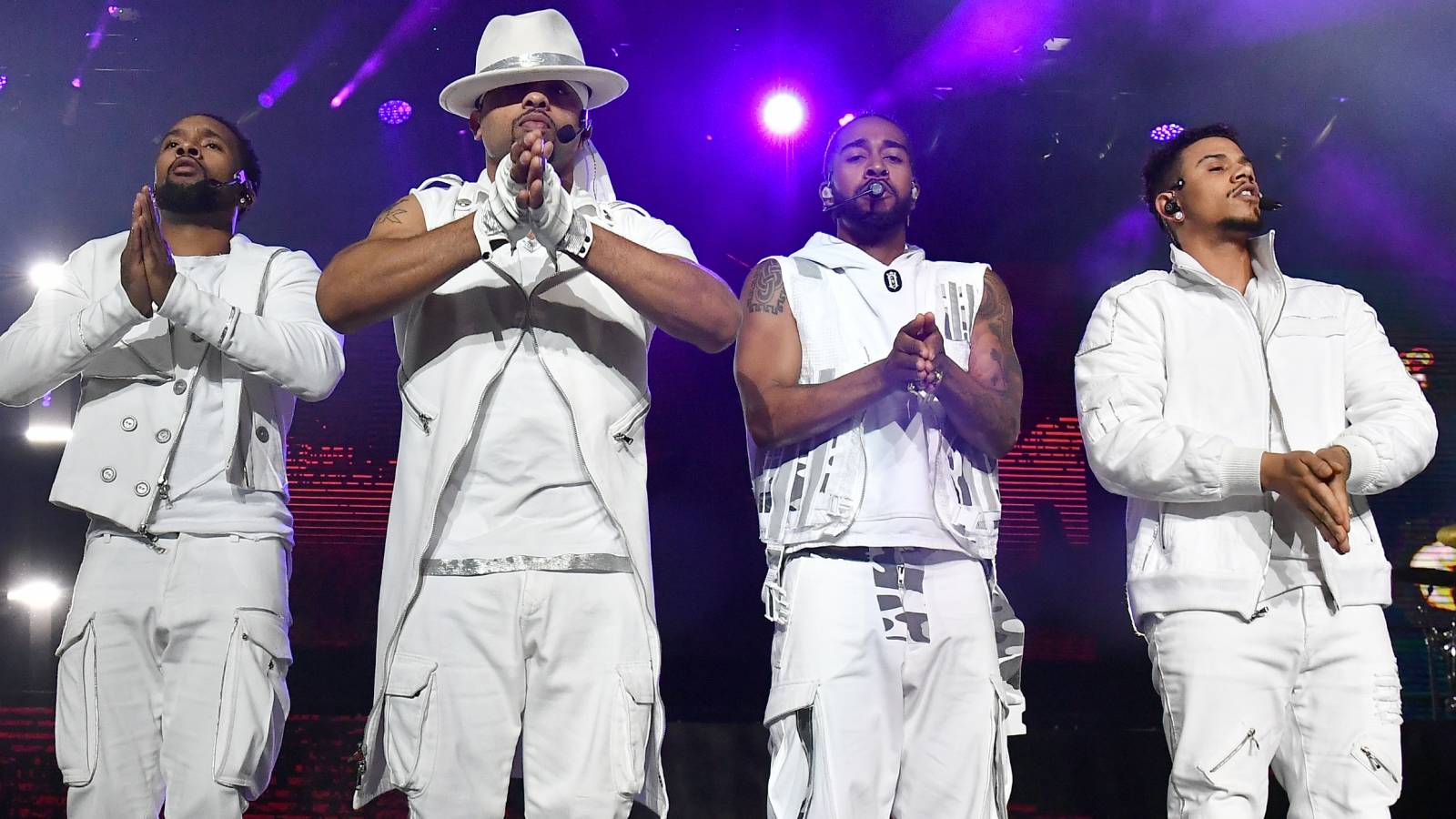