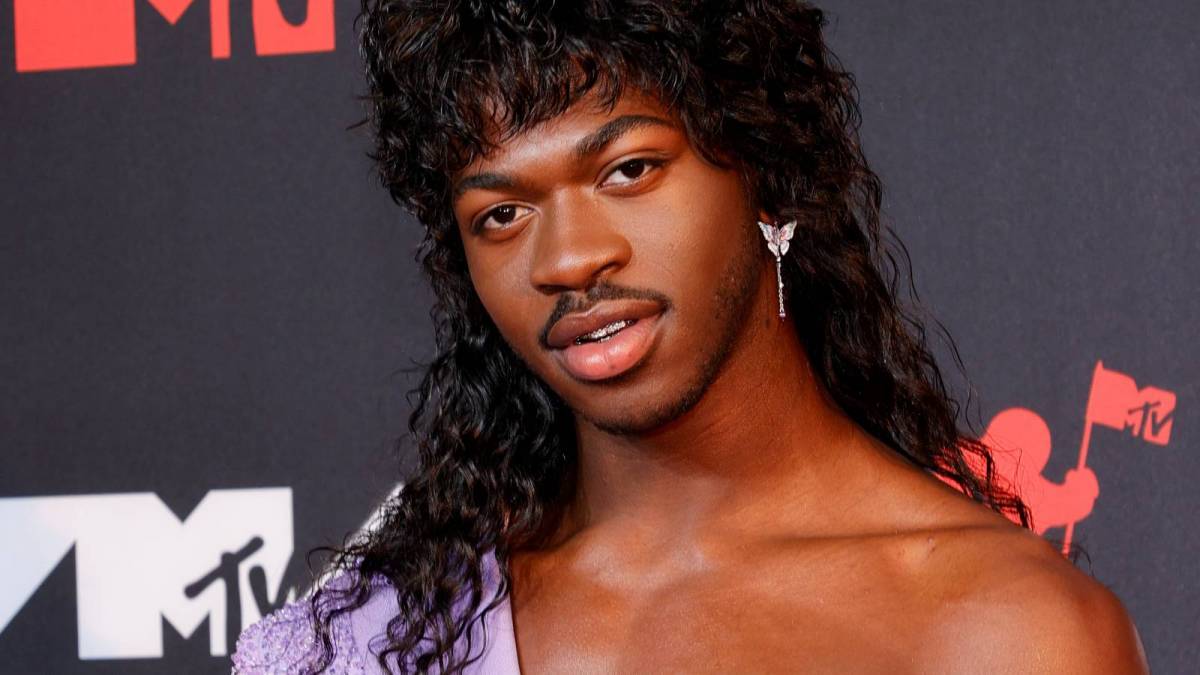 Lil Nas X was dressed to the nines on Sunday night (September 12) when he hit the 2021 MTV Video Music Awards red carpet.

Rocking an all-lavender dress and pant suit hybrid, the Grammy Award-winning rapper pranced down the carpet and into Brooklyn’s Barclay Center to sit amongst his peers — and walked away a winner.

Lil Nas X, who was nominated for five awards, won in the Video of the Year category for “MONTERO (Call Me By Your Name).” He also picked up honors in the Best Direction category.

Directed by Lil Nas X and Tanu Muino, the Satan-themed visual caused quite the controversy when it dropped in March. Christian conservatives were incensed by the Satanic imagery, especially the scene when Lil Nas X grinds on Satan’s lap wearing nothing but black booty shorts and thigh high leather boots.

But with over 346 million YouTube views, the video was an undeniable hit, and Lil Nas X knows it. Shortly after his win, he wrote on Twitter, “VIDEO OF THE YEAR AHHHH SUCK MY COCKKKK AHAHAHAHAHA.”

Lil Nas X is gearing up to drop his debut album MONTERO, which is titled after his birth name Montero Lamar Hill.