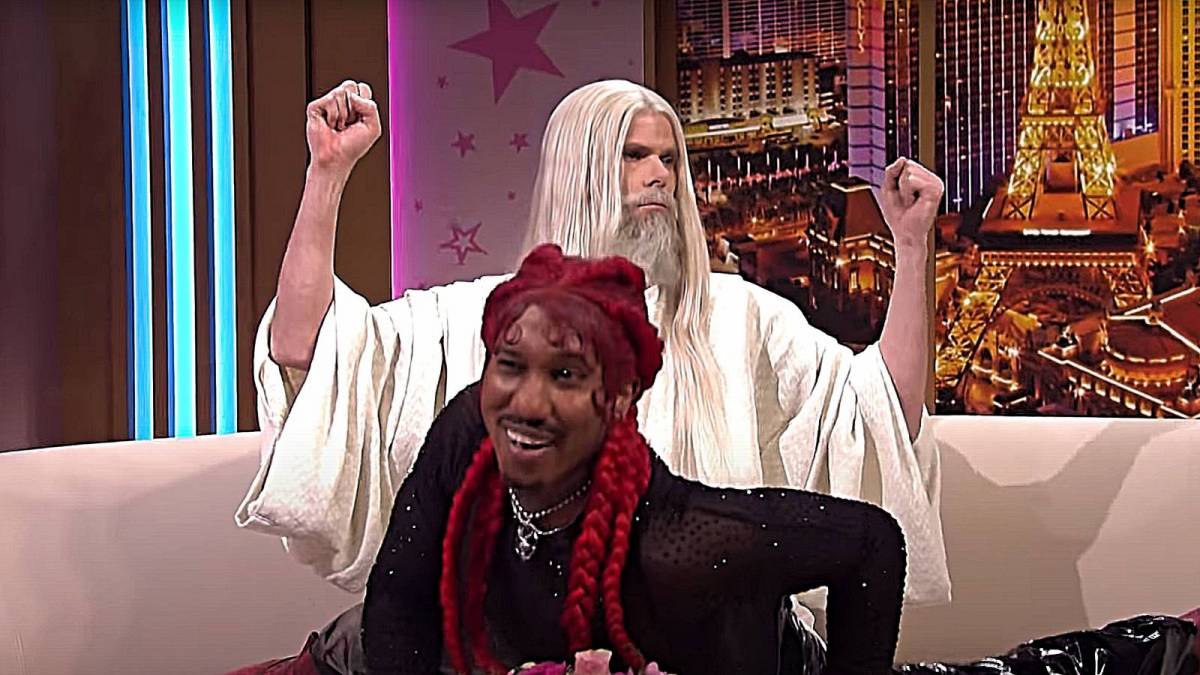 To kick off the show, cast members Chris Redd and Chloe Fineman tackled the controversial Lil Nas X video “Montero (Call Me By Your Name)”  — but instead of Redd (who’s playing Lil Nas X) grinding on Satan’s lap, he gave God a lap dance instead.

They also weave Lil Nas X’s inflammatory “Satan Shoes” and subsequent Nike lawsuit into the skit. Fineman, who’s playing Britney Spears in an episode of the fictional Oops, You Did It Again talk show, asks Redd if the “Satan Shoes” contained real human blood as advertised to which Redd responds, “I don’t know why Nike is so mad. Their whole thing is ‘Just Do It.’ Well, I did it.”

Fineman then asks what Redd thought about the backlash he received and he calls his critics “closed-minded idiots.” He adds with a shrug, “People are afraid of me because I’m different, but really I’m just your typical gay, Black, country rap, sneaker entrepreneur.”

please welcome @LilNasX to Oops, You Did It Again pic.twitter.com/Ogz74KYlbK

Conservatives and religious zealots were among the many people expressing their disdain for Lil Nas X’s latest video and shoe endeavor. And if Nike has its way, the “Satan Shoes” will never be worn in public. Shortly after social media exploded with reactions, Nike filed a lawsuit against MSCHF Product Company who collaborated with Lil Nas X on the customized Air Max 97s, although they didn’t name the “Old Town Road” breakout star in the suit.

The company is suing for trademark infringement because the iconic Nike Swoosh logo is still prominently featured on X’s customized versions. The sneaker giant is seeking damages and wanted a judge to block all future sales. According to CBS News, Nike was successful in court and granted a temporary restraining order against MSCHF on March 31. Consequently, MSCHF is not allowed to fulfill the 665 orders they received for the $1,018 shoes — at least not yet. 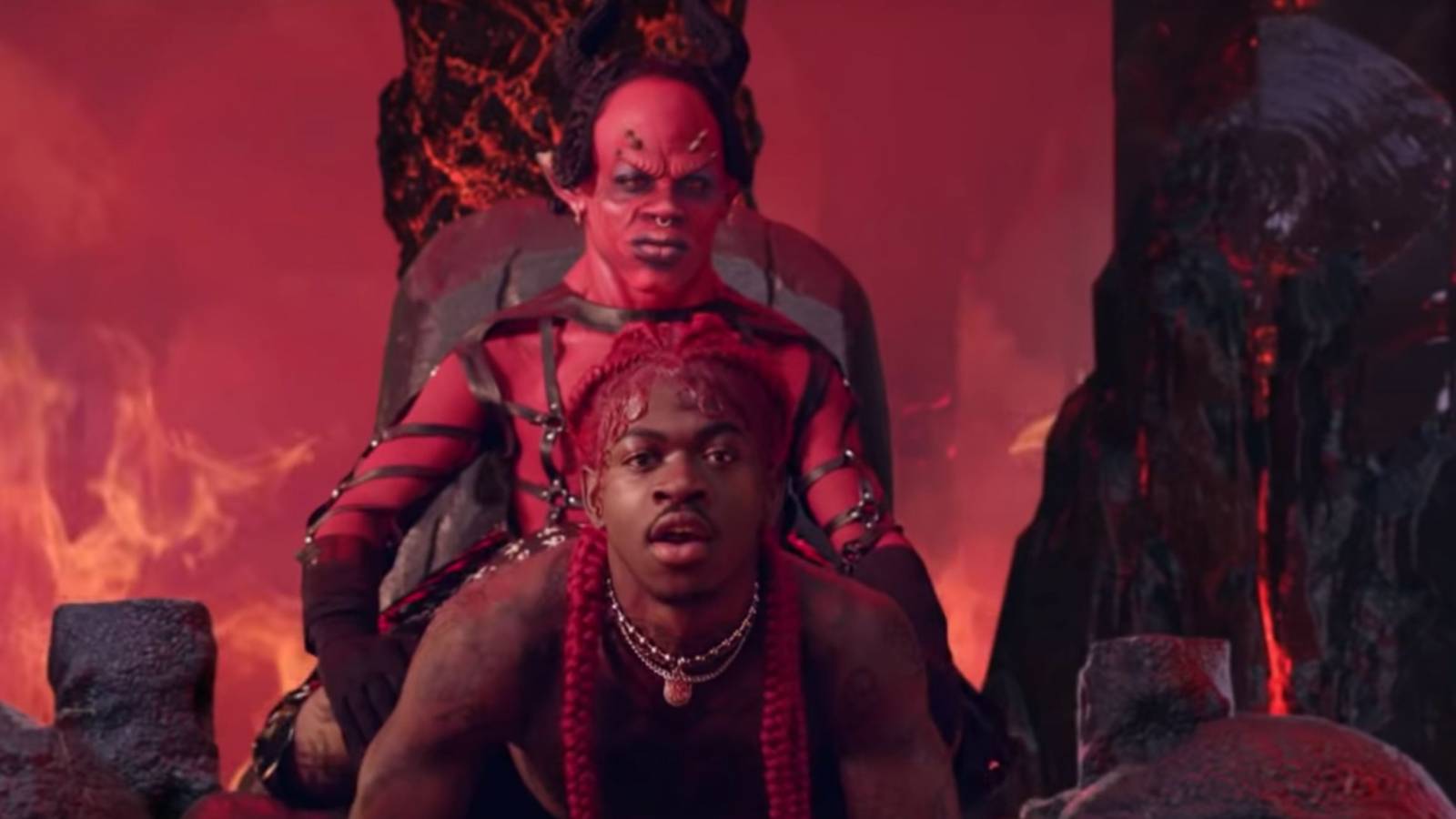 The customized Nike Air Max 97s contain 66 CCs of red ink, one drop of human blood in its sole, a pentagram pendant over the laces and “Luke 10:18” embroidered on the side, a Bible verse about Satan’s fall from heaven. People automatically assumed Nike was behind the collaboration and blasted the company for the perceived association. Even retired NBA star Nick Young made the mistake of actually targeting Nike on Twitter, suggesting he was contemplating a boycott.

Watch the full skit below.