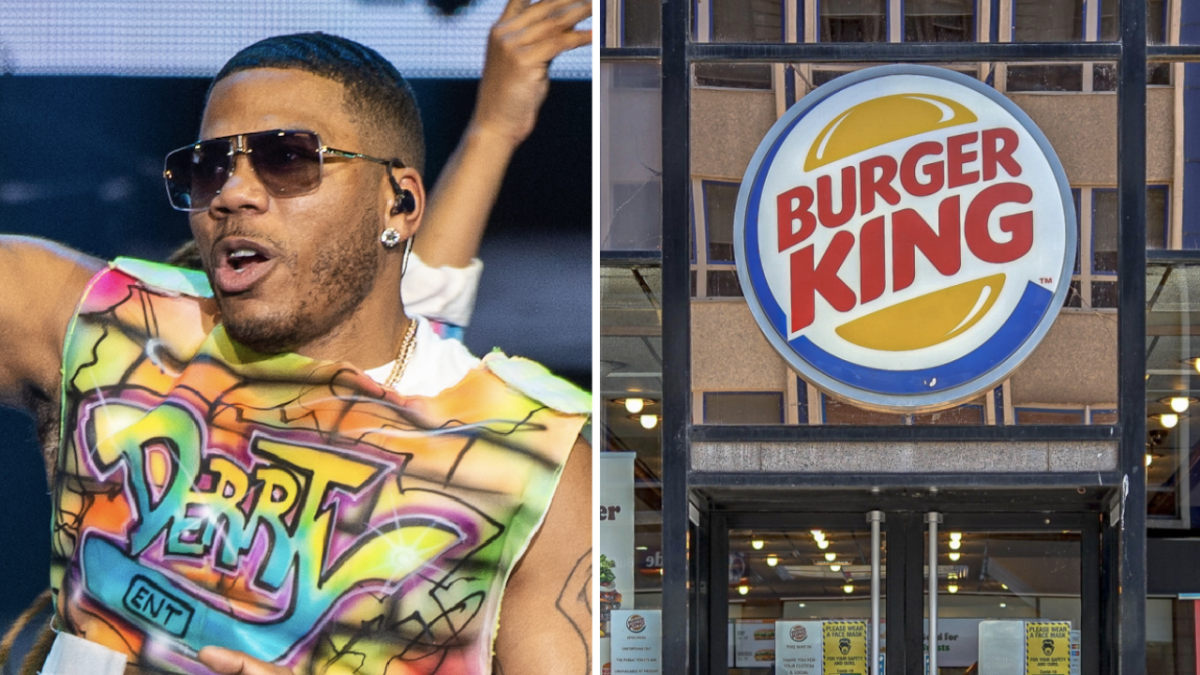 It’s a copycat league even when it comes to the fast-food industry. Burger King is taking a page out of McDonald’s playbook following the success of their signature celebrity-branded meals.

BK has recruited the diamond-selling Nelly, Latin superstar Anitta and songwriter Lil Huddy to craft their own combinations for their Keep It Real meals campaign, which hit restaurant locations starting on Sunday (September 12).

who’s ready for the weekend? i sure am…

The twist for Burger King is the meals will lean on the healthier side to appeal to a wider audience with ingredients such as their buns, pickles, mayonnaise, ranch dressing and ketchup being exchanged for artificial-free alternatives.

Nelly created the Cornell Haynes Jr. Meal taking after his legal name which comes with a Whopper with cheese, small fries and a small Sprite.

Burger also announced they’ve banned over 120 artificial ingredients from their menu but promises consumers won’t even notice the taste difference.

“We put every single food item that had a change associated with it through some exhaustive consumer testing so that we could ensure that not only the ingredient matches or is better than its prior taste,” Burger King’s chief marketing officer Ellie Doty relayed to CNN.

The celebrity meals have been a huge hit for McDonald’s and a successful partnership for all parties involved. The Saweetie Meal is currently available while the Travis Scott Meal broke down the door as the first of its kind in 2020. La Flame reportedly raked in $5 million from the golden arches and then another $15 in McDonald’s-branded merchandise.