Drake is certainly playing in a league of his own when it comes to album sales in Hip Hop. According to HitsDailyDouble, the 6 God’s latest effort Certified Lover Boy is projected to earn north of 600,000 total album-equivalent units in its first week of sales.

CLB is expected to breeze to Drake’s sixth No. 1 album when it debuts atop the Billboard 200 next week.

Those 600,000 projected first-week sales will not only be the biggest album debut of 2021 — eclipsing Kanye West’s Donda — but it will be the highest first-week sales in Hip Hop since Drake’s last album, Scorpion, which moved 732,000 opening week units back in 2018.

Certified Lover Boy is on track to notch about 680-700 million streams, which trails only Drake’s Scorpion in the streaming department. The 2018 project boasted a record 746 million streams in its first week. 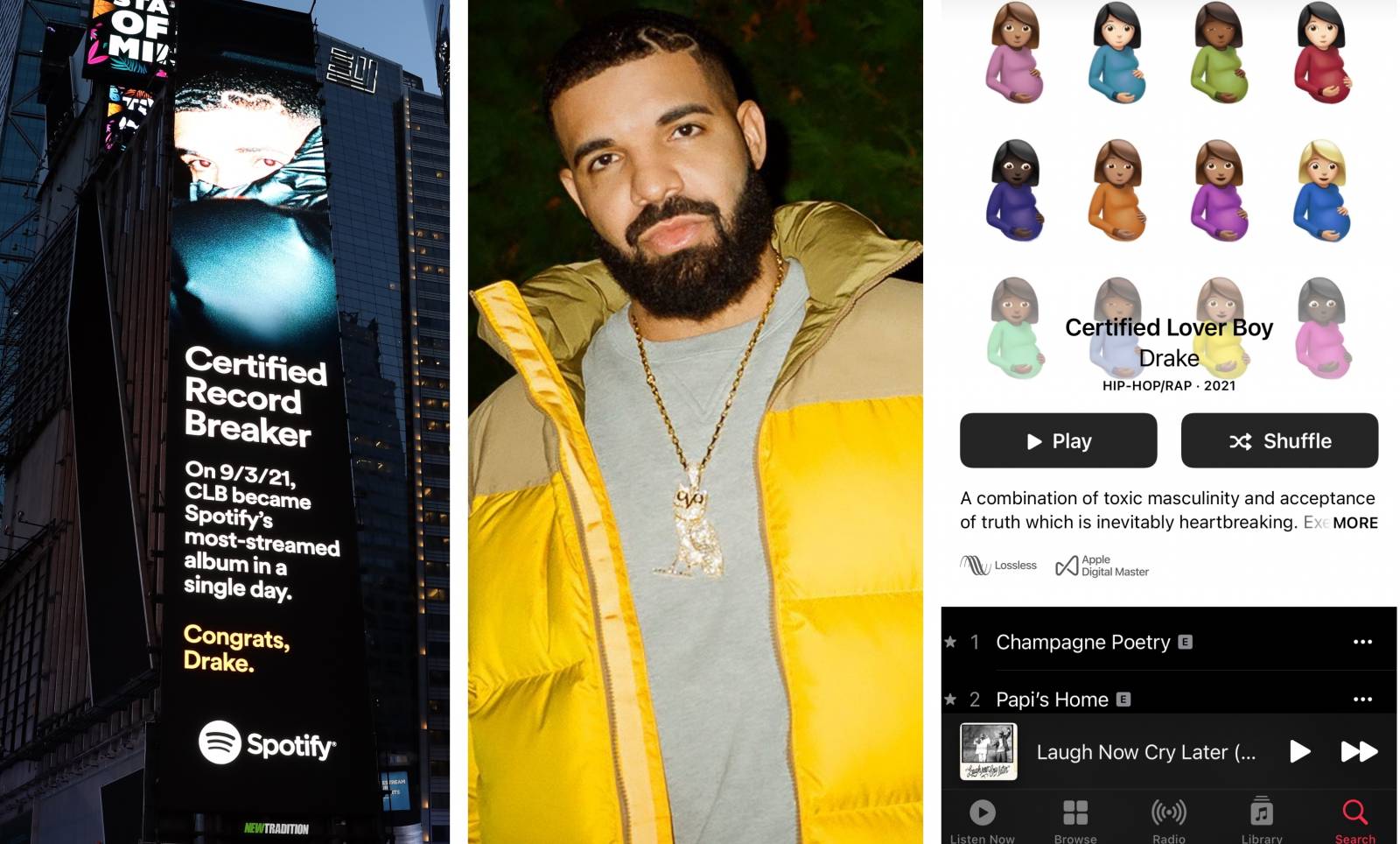 With Kanye West taking home his 10th No. 1 on the Billboard 200 with 309,000 total album-equivalent units in 4.5 days, the talk of the town in Hip Hop has been comparing CLB to Donda.

However, one person who isn’t picking sides is Diddy.

“I listened to both these albums, and first of all, I just wanna say that you guys are true kings of creativity,” the Bad Boy mogul said. “Both of you guys are so special and necessary. Thank y’all for the inspiration. I wanna make sure that what hip-hop knows is the reach and the power that we have. I really want to take my hat off to both of these brothers for sharing their truth.”