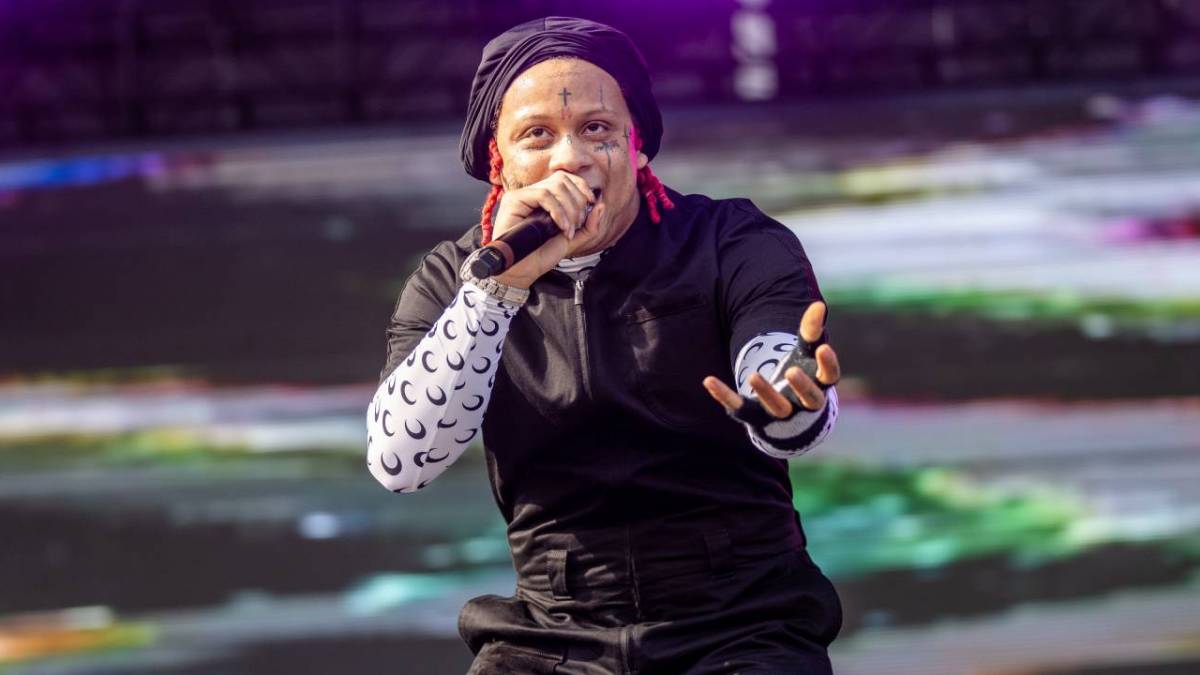 Trippie Redd is gearing up to unleash his Trip At Knight album next Friday (August 20). Prior to the project’s arrival, the Ohio native revealed the star-studded tracklist for Trip At Knight on Wednesday (August 11).

Trippie is still searching for his first No. 1 album atop the Billboard 200 and looks to earn his first chart-topper with his fourth LP. The 18-track project features assists from Drake, Playboi Carti, Lil Uzi Vert, Ski Mask The Slump God, Polo G, Lil Durk, Sada Baby and Baby Face Ray, as well as the late streaming sensations XXXTENTACION and Juice WRLD.

Trippie Redd finally connects with Drake for “Betrayal” after missing out on making an appearance on “God’s Plan,” which topped the Billboard Hot 100 and is now diamond-certified by the RIAA.

The “F**k Love” rapper will also be heading out on his headlining Tripp At Knight Tour on the heels of his album’s release. The North American trek kicks off on August 25 in Minneapolis, Minnesota. Iann Dior and SoFaygo are slated to serve as opening acts.

In July, Trippie Redd earned a pair of platinum plaques with the romance-themed A Love Letter to You 4 cuts “Who Needs Love” and “Love Me More.”