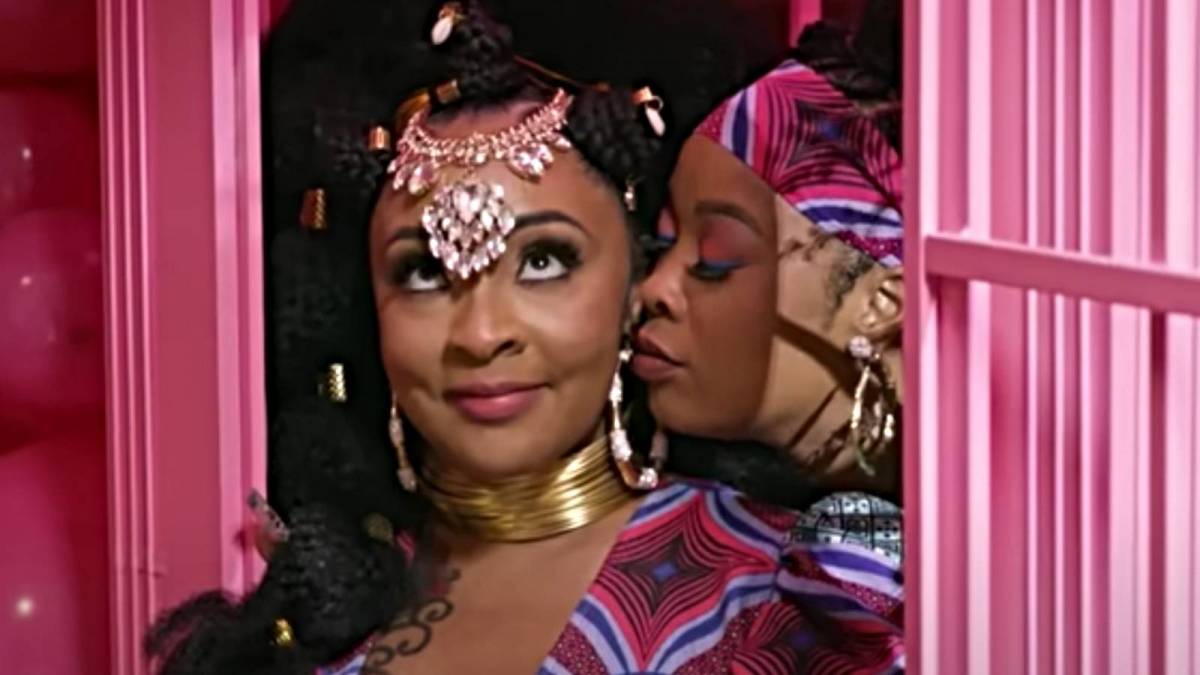 Exclusive – After years of speculation from the public, Da Brat came out as a lesbian in March 2020 with the support of her girlfriend and Kaleidoscope Hair Products CEO  Jesseca “Judy” Dupart. But it definitely wasn’t an easy decision. Speaking to Variety at the time, she explained why she kept her sexuality a secret for nearly two decades.

“Both misogyny and homophobia created a culture where coming out would have been career suicide for a black woman in Hip Hop,” she said. “I’ve always felt like being private is the better way to go, because then you don’t have so many people in your business.”

But on Thursday night (August 5), fans will get a glimpse into the couple’s private lives when WE tv premieres their new reality show Brat Loves Judy. As suggested by the first trailer, the reality series will take a deep dive into Da Brat and Judy’s highs, lows and everything in between as they freely explore their roughly two-year relationship.

With the LGBTQ community firmly in the spotlight following DaBaby’s Rolling Loud Miami controversy, the show couldn’t be more well-timed — love is love after all.

While Da Brat is no stranger to reality television — she’s starred in Growing Up Hip Hop: Atlanta for the past four seasons — Brat Loves Judy has a different energy for her.

“What I love about this show is that it’s just us, our people and who we’ve decided to put on our show who have real life situations that people can relate to,” she tells HipHopDX in a recent phone interview. “My friend and little brother for years, Montana, he and his wife were going through a divorce, their relationship is kind of toxic, so you get to see some of that.

“And we just wanted to put things on there that everyday people go through. Not just the glam and glitz that you see on Instagram, but the love, pain and vulnerable moments.”

Coming out was presumably the most vulnerable Da Brat has ever been, but she couldn’t have done it without Judy pushing the “post” button on Instagram.

“She and I were up in her mom’s room, at her mom’s house, and we’re up in the room playing around,” Da Brat explains. “We had been dating for some time and she made me feel like it’s OK. It’s a safe place to love out loud, or to let people see you happy and there’s no reason to hide anything.

The post Da Brat is referring to arrived in March 2020 and featured the two coupled up with the caption, “[Heart] yep.” That was the moment — and Da Brat couldn’t have been more pleased by the reception.

“The outpouring of love and the support — I was really amazed at how many people were respectful and loved it,” Da Brat says. “It felt like we gave them a little boost to be themselves more and it encouraged them and motivated them — that was the best part of it. That is the best part of our whole relationship because we love helping others, blessing others. Our cup gets filled when it comes to that.”

Da Brat and Judy’s love story began in 2019 when Da Brat stopped by Judy’s Atlanta shop — but nobody told her the “Funkdafied” rapper was there.

“It was a surprise,” Judy tells DX of meeting her. “She told me she was waiting there for 30 minutes. I was like, ‘Why were y’all waiting here for 30 minutes?’ So when I finally saw her, it was super dope that she came, but there was a line of people that I was taking pictures with and it just was really confusing. But she was like, ‘We should hang out later. We should hook up later.’

“So then I raised my eyebrow like, ‘OK, I’ll hook up later.’ And she gave me her phone number and I made sure to text her from there. I actually went to the So So Def studio and met her that afternoon. When she said let’s link up later, she was meaning as friends, but I came there though.”

Da Brat chimes in, “She came there looking all cute and stuff. I was like, ‘Damn, where you going?'”

But Judy didn’t waste any time and bluntly told her she was romantically interested in her. That’s when things got slightly awkward.

“We were having a conversation and the door was open,” Judy continues. “I think we were talking about interesting things and I said, ‘Well, I know something I’m interested in.’ I kind of put it out there like that. She dropped her blunt, dropped a drink and she just became really, I wouldn’t say goofy, but she just got really nervous.”

Da Brat responds with a laugh, “Goofy, goofy!” But Judy assured her she had nothing to be nervous about.

“If she really liked me, then I wanted everything to be perfect and I didn’t want to do anything she didn’t like, which made me become like a goofball,” Da Brat admits. “I dropped the blunt on the couch and burned the couch. It was so embarrassing. Oh my God.

“I wanted to hide somewhere and run because I felt like I wasn’t dope enough. I didn’t understand why she liked me. I would have my smile, I would run, I felt like my teeth were big. I just wanted everything to be perfect, so it made me very nervous.” 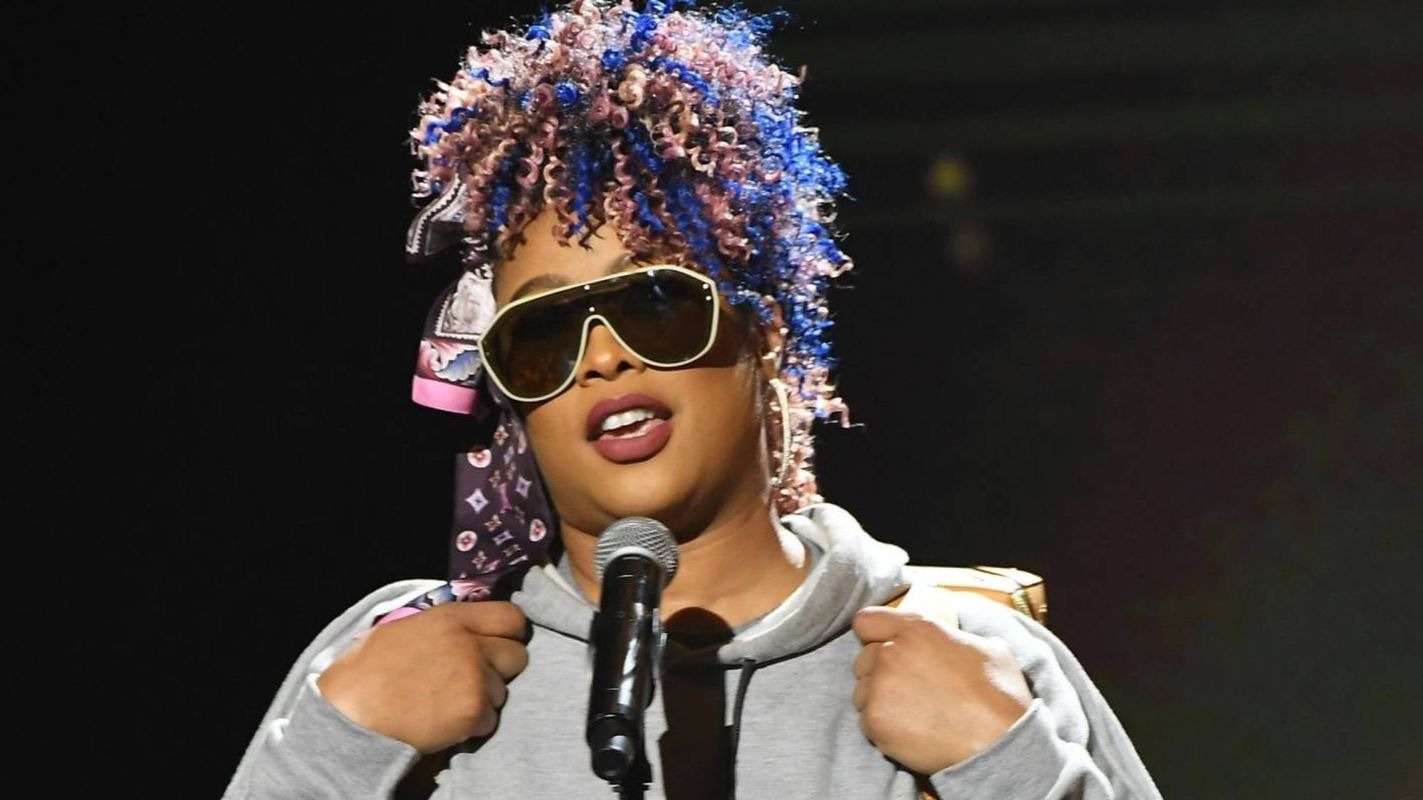 Da Brat and Judy had the fortitude to discuss the potential negative effects the show could have on their relationship. Ultimately, they decided Brat Loves Judy could potentially help other people.

“We kind of had a hard conversation up front about the things that we might have issues with or might have problems with that we might not have spoken about,” Judy explains. “So that way, nobody could make a comment and stir up something you already was feeling. So we just were very transparent upfront before we signed any paperwork.

“We kind of already know neither one of us is perfect and we know the flaws that we have in our relationship, but this show should not make it any worse. If anything, it’s going to speak to the world that everybody has issues, that we’re relatable and if we can move past our problems, you can move past your problems and talk through tough times.”