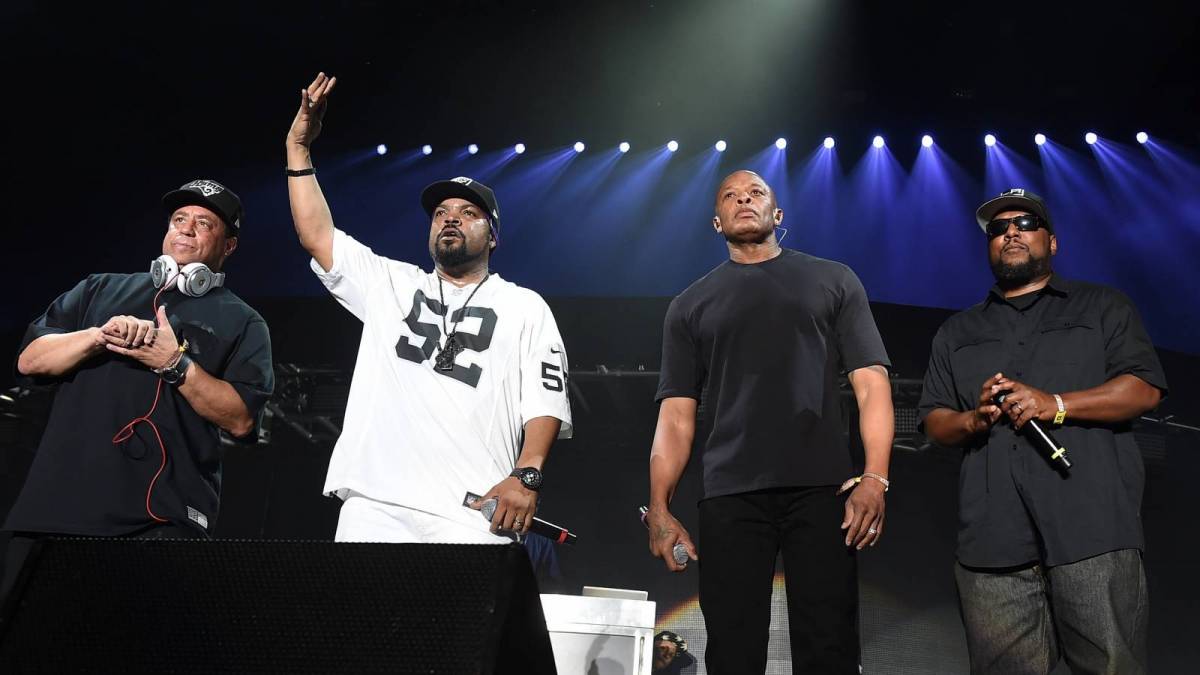 After just two studio albums, Straight Outta Compton and N-ggaz For Life — the group dissolved and each member started pursuing their own solo careers. Ice Cube (who left in 1989, two years before N-ggaz For Life was released) dropped The Predator in 1992, which came with a hefty dose of disses aimed at his former crew, Dr. Dre unleashed The Chronic the same year and Eazy-E focused on Ruthless Records and emerging talent such as Bone Thugs-n-Harmony.

But in 1995, Eazy-E was admitted to Cedars-Sinai Medical Center in Los Angeles with what was described as a “violent cough,” which turned out to be HIV/AIDS. He died roughly one month later on March 26 at just 30 years old.

As DJ Yella was discussing his new memoir Straight Outta Compton: My Untold Story during a recent interview with HipHopDX, he opened up about that day. In the book, Yella recalls getting a phone call from Eazy’s attorney, telling him he’d passed.

“I had found out just a little bit before that,” he tells DX. “My buddy Big Man told me that he passed, but that really didn’t hit until the lawyer called me. I said ‘OK, this is official, really official.’ When I got the call, I was stunned, shocked. My brother had died, but I was little. I never had a friend that was grown and died. It was a shock. There wasn’t much words to say.”

As DJ Yella writes in the book, he hadn’t seen Ice Cube since 1989, but they had a chance to reconnect at Eazy-E’s funeral. Interestingly enough, the other members of N.W.A have yet to talk about Eazy’s death — over 26 years later.

“It was kind of a short talk,” he says of running into Cube. “Not too much was said when he passed. I can’t remember the conversation very much. Because it wasn’t so much there. It was just a short talk, just chit chat. It wasn’t nothing.

“I don’t think we really discussed, even to this day, none of us have discussed E’s death. None of us. We never have. Even on that phone call we didn’t discuss it. It had never been in a conversation between none of them at all. Not one time.”

N.W.A had their differences early on but were able to put them aside for the group’s 2015 biopic Straight Outta Compton and several reunion shows in 2016, although Yella was hesitant to talk about past beef.

“After the movie, we had did 10 shows, then Dre went to one of the Coachellas,” he says. “We don’t talk every day or every week, but we still in good standing, all of us. I mean, we don’t go out to eat dinner and all that, but that’s how it always been. We talk for a minute and stuff like that [if we see each other]. Everybody doing their own thing.

“But there’s nothing bad between none of us at all. Never was. A lot of that [beef] stuff is Hollywood. It looks like what it ain’t. I stay out of grown folks business.”

And so did Ice Cube when it came to the forthcoming documentary The Mysterious Death of Eazy-E. Both Yella and Cube declined to participate in the film, which explores the numerous conspiracy theories surrounding Eazy’s death.

“Did Eazy-E truly die from AIDS?” the press release reads. “If so, how did he contract it? Are there people who wanted this pioneer and father dead? The investigative series uncovers these questions and more.”

The inaugural one-hour episode premieres on August 12 at 10 p.m. ET and will feature never-before-seen footage and interviews as well as explore Eazy-E’s impact on the music industry and his daughter Ebie’s quest for answers to the perplexing circumstances surrounding his passing.

As for Straight Outta Compton: My Untold Story, find it here and check back with HipHopDX soon for Part II of the DJ Yella interview.