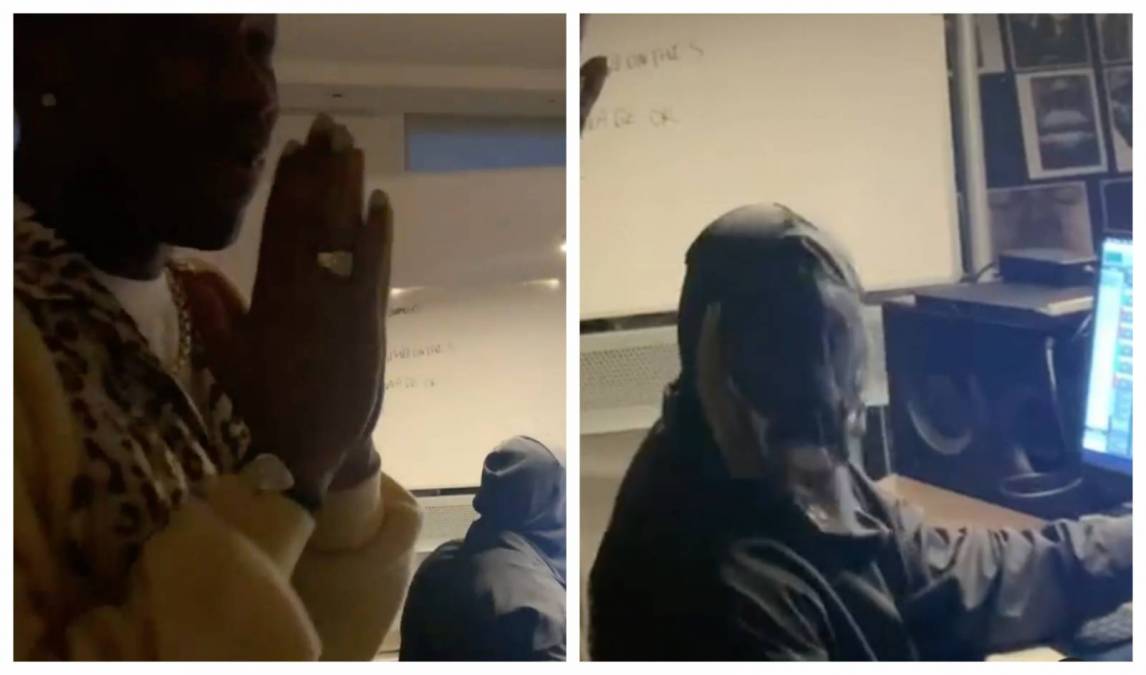 Kanye West and Tyler, The Creator are back in the studio.

The A Tribe Called Quest affiliate Consequence posted a video without sound on Saturday (July 17) showing Yeezy and Tyler locked in listening to a beat off Ye’s computer. The caption, which reads “ConsTV Exclusive, Ye x Tyler, Epic Level, Summer 21,'” implies Kanye and Tyler have new music on the way.

Kanye, whose face is completely covered in the video, has slowly been popping up on more features after a short hiatus, including his most recent scream fest on Pop Smoke’s “Tell The Vision,” making some fans believe new music is on the horizon.

Several fans in the comment section pointed out a whiteboard in the background with supposed track names written in black marker.

The name “Donda” can also clearly be seen as the first word on the board, possibly alluding to Ye and Tyler working on the long awaited album of the same name. Media outlet HipHop-N-More deciphered the video and posted the tracks on Instagram, revealing a total of nine songs.

Of course, any fan of Kanye West’s knows a tracklist surfacing doesn’t mean the album will ever see the light of day. The Grammy Award winner has almost as many unreleased albums as he does completed albums, most notably Yandhi and So Help Me God.

Kanye also still has some personal matters to address with estranged wife Kim Kardashian as their divorce proceedings continue.

Kanye West playing new music in the studio with Tyler the Creator. pic.twitter.com/WwsNqCYv19

Meanwhile, Tyler, The Creator continues to ride the success of his latest album CALL ME IF YOU GET LOST. Most recently, he showed up on two songs off Snoh Aalegra’s latest album Temporary Highs In The Violet Skies.

Fans will have to wait to see if Kanye indeed delivers a follow-up to the mixed Jesus Is King, but, for now, they have something new to speculate about.