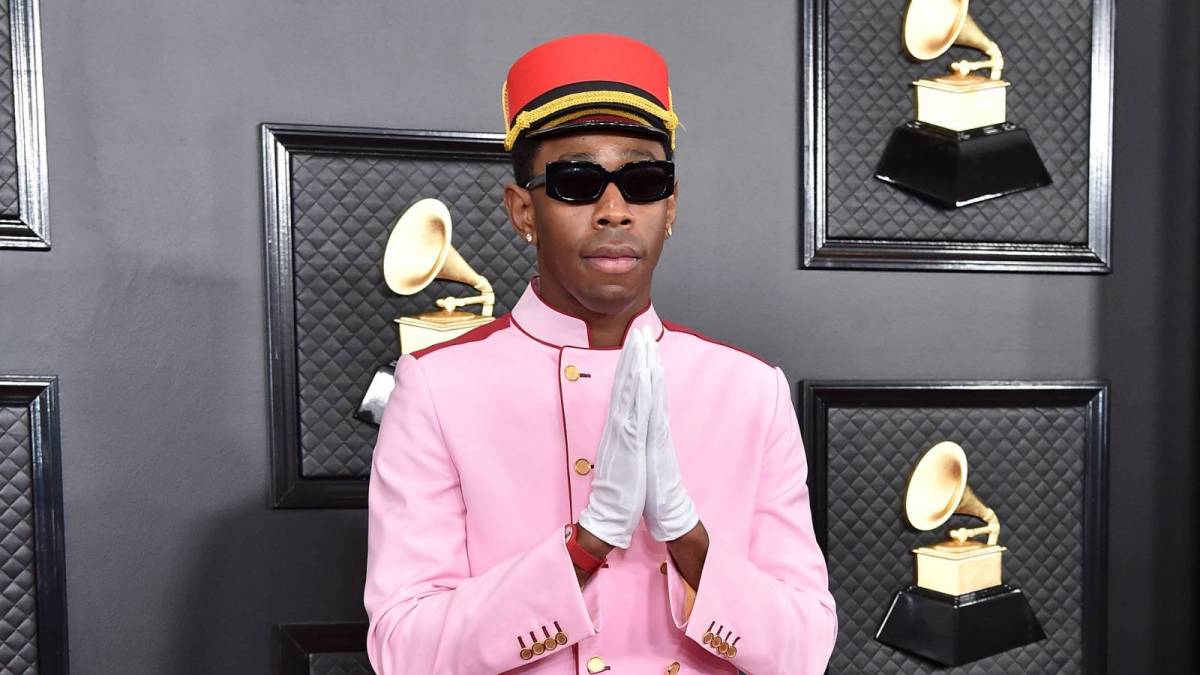 Tyler, The Creator Cops $500K Custom Bellhop Chain To Celebrate 'CALL ME IF YOU GET LOST' Album

Tyler, The Creator is currently living his best life.

After dropping his latest album CALL ME IF YOU GET LOST on June 25 and making his 2021 BET Awards performance debut two days later, the Odd Future Wolfgang Kill Them All is likely about to nab his second No. 1 Billboard 200 album.

To celebrate, TMZ reports the 30-year-old powerhouse has treated himself to a $500,000 custom chain featuring a bell hop and two tiny suitcases, the same outfit he sported at the 2020 Grammy Awards. Crafted by celebrity jeweler Alex Moss, the elaborate piece has been seven months in the making. Moss says it took roughly four months just to find the colored diamonds.

The piece has over 186 carats in diamonds, 60 carats in sapphires and 23,515 hand-set stones. The suitcases also open and close.

Tyler, The Creator was spotted rocking the chain in his recent video for “JUGGERNAUT,” one of 16 new tracks on CALL ME IF YOU GET LOST and the only song not entirely produced by Tyler. For that particular track, Tyler enlisted Pharrell Williams to not only co-produce the beat but also rap alongside him and Lil Uzi Vert.

CALL ME WHEN YOU GET LOST is on track to sell over 175,000 total album-equivalent units in its opening week, marking Tyler’s second No. 1 following 2019’s Grammy Award-winning IGOR. Upon winning the gilded trophy in the Best Rap Album category, Tyler brought his tearful mother on stage to deliver his speech.

His mother also appears on the CALL ME IF YOU GET LOST track “MOMMA TALK” and was an integral part of the project’s rollout. Last month, a fan spotted a curious Billboard on Sunset Boulevard featuring a toll free number. Once people called the line, a recording of Tyler talking to his mother started to play, which turned out to be “MOMMA TALK.”

Check out the “JUGGERNAUT” video below.