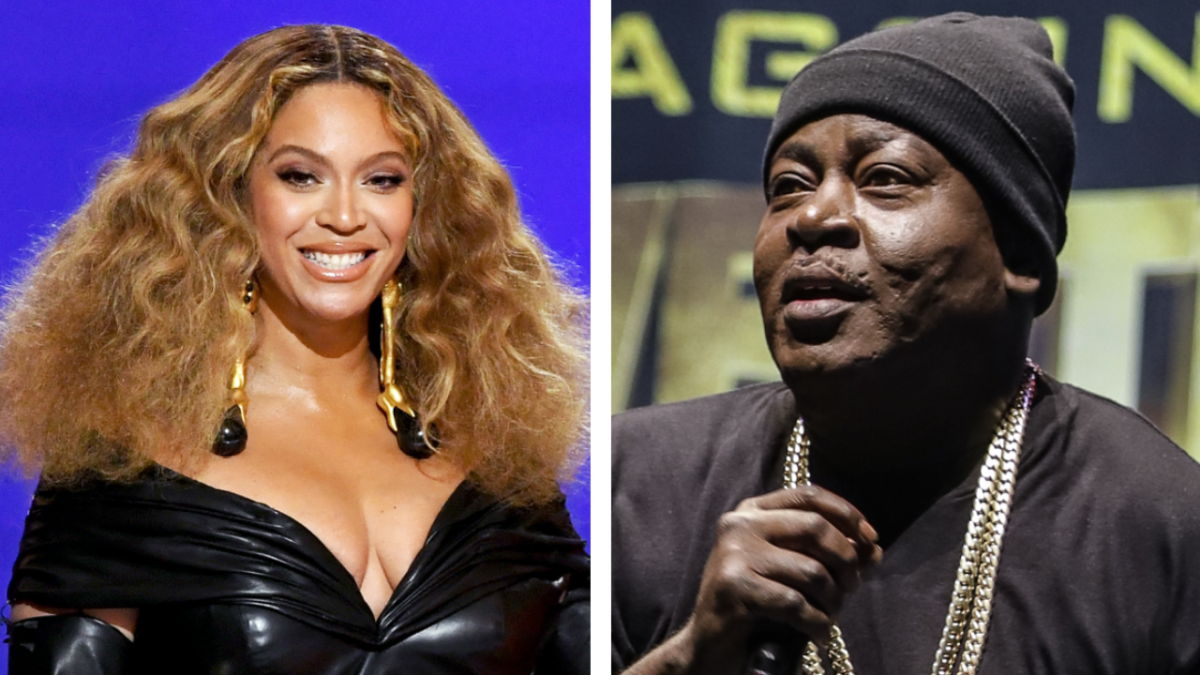 Trick Daddy came under fire for dissing Beyoncé and JAY-Z during a conversation on Clubhouse earlier in June. The Miami rapper called out Bey for her lack of musical ability, but one of her engineers, DJ Swivel, is determined to put a stop to his comments by sharing unreleased vocals from an old recording session.

In a video shared to social media, Beyoncé can be heard mimicking a guitar while recording “I Care” for her 2011 album, 4. Before playing the vocals, DJ Swivel says, “The guitar solo which she mimics with her voice which I’ve never heard before, but let’s see if we can pull it up.”

Beyoncé’s mom, Tina Knowles, posted the clip on Instagram with the caption, “I have always been in awe when she does this. She does it with other instruments as well!!!!”

Trick Daddy became a Twitter trending topic on June 22 for his Beyoncé and JAY-Z comments, in which he questioned the power couple’s talents.

“Beyoncé ain’t trying to give back to music or nothin’,” he said. “Beyoncé don’t write music and barely can sing her muthafuckin’ self. Beyoncé can’t sing. Man, I watched my godmama train Beyoncé, vocal lessons all her career.

“Beyoncé is to R&B what JAY-Z is to New York. That’s why they together. JAY-Z ain’t never won the greatest rapper alive. Whoever put him on a level like that? New York lost Biggie and they needed a hero. They wanted to be the mecca of Hip Hop and they just handed it over to JAY-Z.”

DJ Swivel worked as an engineer on Beyoncé’s 4 and also contributed to her self-titled album. In June 2011, he explained to SonicScoop how he first linked up with the singer.

“A friend of mine, Omar Grant was an A&R at Epic, and he used to work with Destiny’s Child on the road,” he said. “Beyoncé needed an engineer for a fill-in day, they called him, he called me, so I came in and did a session. We recorded the beginning stages of ‘Party,’ which is on the album. That’s the first thing we ever cut, and she said, ‘You did a great job today. You’re really fast.’ Then she left. I felt like a made a good impression.”

He continued, “Then six weeks later I got another call, and they said, ‘We need you again.’ From that point on — May 2010 — we didn’t take any days off. We probably worked 300+ days this year. But it all started from that one chance session. That comes back to my philosophy of always being around, always being available. I’ll drop anything for a session. It doesn’t matter what I’m doing.”