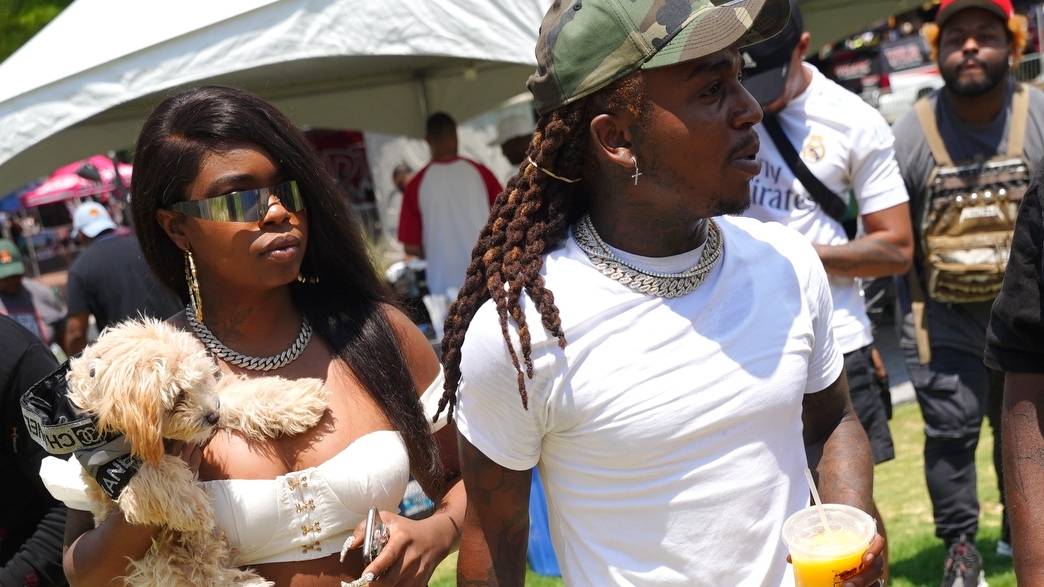 Mexico – Jacquees and his on-again girlfriend Dreezy were simply trying to enjoy a vacation south of the border when things went, well, south. But on Memorial Day (May 31), the couple got into a physical altercation with a man who allegedly punched Dreezy in the face. From there, Jacquees picked up the man and body-slammed him on the ground.

In a video clip of the incident circulating online, Dreezy is seen throwing a shoe at the purported aggressor as club security holds her back. Although the camera didn’t start rolling until after Jacquees made contact with the man, he reportedly shoved the rather large man into the sand.

Dreezy later hopped on Instagram Live to explain her side of the story, revealing the man appeared to have a problem with her boyfriend.

“I’ma just clear it up real quick,” she says. “[…] A grown man put his hands on me yesterday. That man y’all seen on the floor punched me in my face yesterday over some stuff he had going on with Jacquees. They had their little altercation, I walked up to see what was going on, and I got swung on. Jacquees did what he had to do. He body-slammed that n-gga, kicked him in his face — that’s why he was on the floor.

“I didn’t even get to touch the n-gga. That’s why y’all seen me get mad and throw my shoe because security was pulling me back, y’all know how it is when it’s an altercation.”

Jacquees and Dreezy have broken up multiple times over the years but always manage to patch things up. In October 2020, the two traded shots on social media as they played out their breakup on Twitter.

“N-gga tryna clout chase now and KNOW I’m not wit all that shit at all,” Dreezy wrote regarding their split. “You’re blocked. I’m single. And I’m logging off. Go play wit yo ex.”

Jacquees then quoted Dreezy’s tweet and responded, “Go play wit ya self lol” but quickly deleted it. 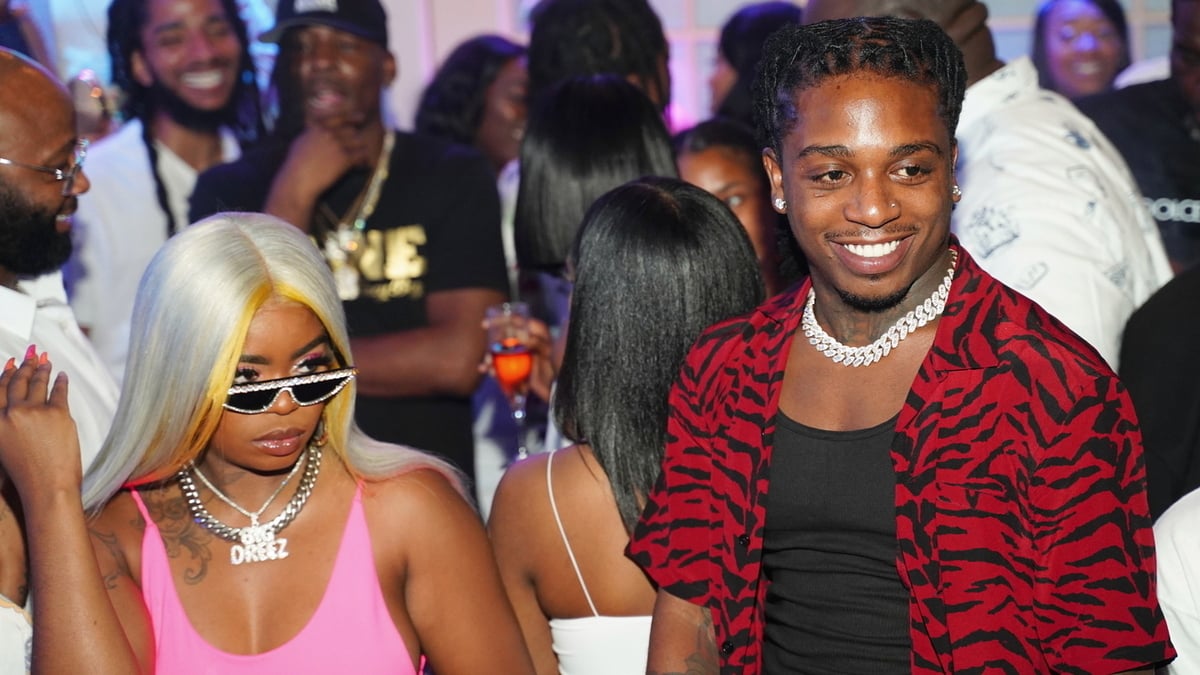 Signs there were trouble in paradise popped up in September 2019 when Dreezy tweeted she was “single.” But during an interview just a few months prior, she had nothing but positive things to say.

“He’s more than what y’all see on the internet,” Dreezy said. “I know y’all see the funny videos and the memes and the remixes and everybody think like, ‘Oh Jacquees…’ Every celebrity that you see on these blogs is a real person in real life. I used to be looking at him the same way, like, ‘Oh, there’s Jacquees.’”

She added, “When I met him, I’m like, ‘Oh, you a real person. Like, you got a mama, you got bills, you running a whole business.’ This shit not easy. I know firsthand ’cause I’m an artist. To kinda step around his world and his career and see how he handle it, I got nothing but respect for it.”

It looks like the couple is back on the same page — at least for now.