Drake and Meek Mill engaged in one of Hip Hop’s most publicized beefs in 2015, with both rappers getting in their feelings and firing off multiple diss tracks. During a recent sit-down with the Cigar Talk podcast, veteran Hot 97 radio personality Funk Flex admitted he may have played a role in fanning the flames all for clout, explaining he was following the blueprint laid out by Kool DJ Red Alert, MC Shan and KRS-One in the 1980s.

“You know what, Meek was always in a cheerful phase about [it]—he wasn’t overly stressed [at that time]. Because I think he wasn’t. It was funny…when I didn’t have the record, I wanna say I feel maybe me and Meek must have had miscommunication on the song, or what it was gonna be.”

Drake and Meek Mill’s discourse kicked off after Meek accused the 6 God of using ghostwriters. At one point during their rift, Funk Flex played a reference track for “10 Bands” on-air as further proof Meek’s accusations of Drake using a ghostwriter were true.

Subsequently, Drake responded with “Charged Up” and “Back To Back” in just a few days’ time. Meek later responded with “Wanna Know,” which Funk Flex had planned to premiere on Hot 97, but it never happened.

In an interview with Ebro In The Morning in July 2017, Meek admitted he was “out of control” with the whole thing.

“The way I was coming at everybody, I offended a lot of people at that point,” he said. “Even the way I was talking, the stuff I said … We had little things that I ain’t really agree with that I didn’t feel. And when I’m off the shits, I’m just off the shits. I’m just coming a thousand miles an hour.

“I don’t give a fuck about nobody, how I was coming. And me as a person now when I’m not like that…I think I could have approached things better. It is what it is.” 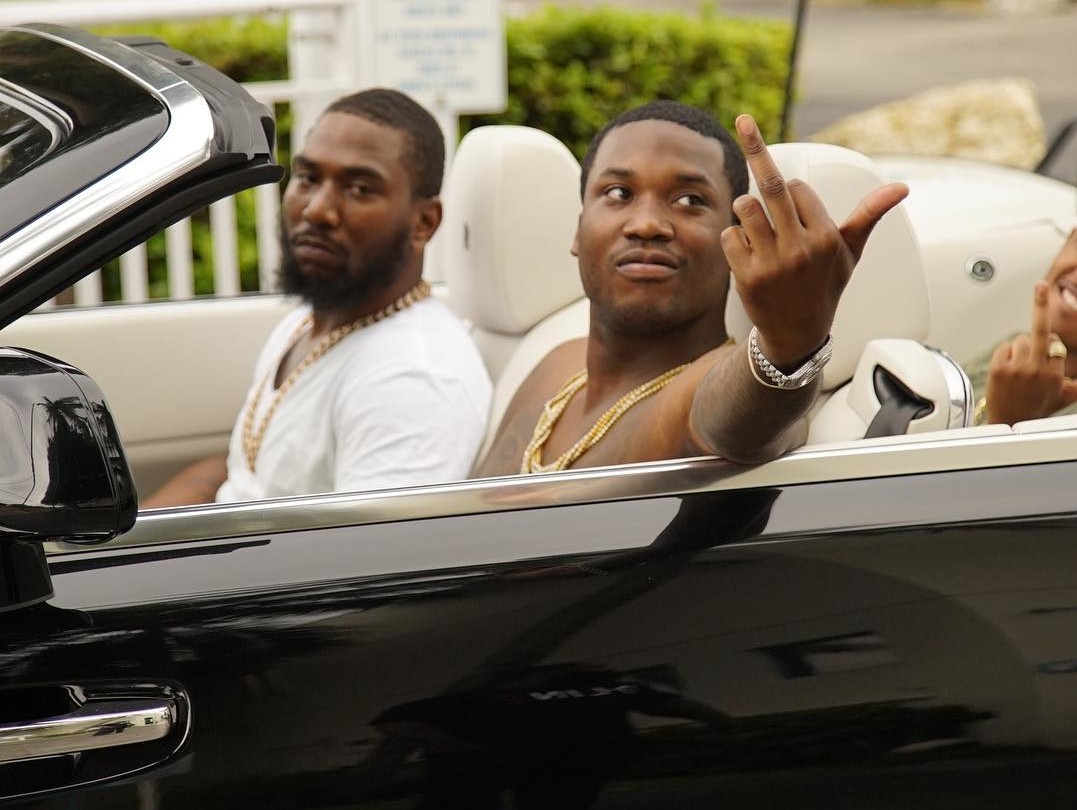 The two were ultimately able to squash their issues at a Boston concert in September 2018 when the OVO Sound superstar brought out the Philly rapper during a show at the TD Garden and shaking hands onstage.

Speaking to Charlamagne Tha God in December 2019, Meek confessed he didn’t know why he dissed Drake in the first place and partially blamed it on his addiction to prescription pain killers.

“If you ask me about like why I came at Drake … I don’t even fuckin really, really, really know. Like, everybody be saying Nicki and shit, that wasn’t the case.” he said. “I’m making very bad decisions here and not knowing that I’m making these bad decisions. And when I wasn’t high I look back and went on YouTube and I check my file I’m like, ‘I don’t do shit like that.’ ”

Revisit the conversation below.