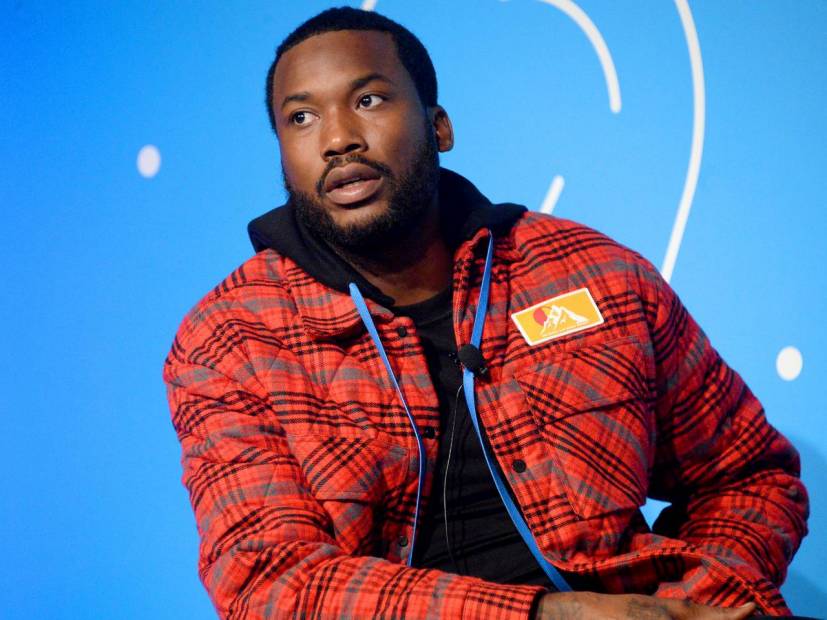 Since the unexpected death of 21-year-old rapper Juice WRLD on Sunday (December 8), many legacy Hip Hop musicians have come forward with stories of their own experiences with drug addiction, in hopes of passing lessons learned on to the next generation of musicians.

The latest to join the growing pill-popping conversation Meek Mill. During a recent interview with Charlamagne Tha God billed as “A Conversation Between Champions,” Meek discussed how he overcame a serious addiction to pills.

“I’ve never disclosed this before.” he said in the interview, which was published on Friday (December 13) “I’ve taken 10 30’s Percocets a day. You’re walking with death. Real shit.”

Meek, whose album Championships is nominated for a 2020 Grammy Award for Best Rap Album, told Charlamagne his decision to quit came in a moment of self-reflection. “I had to cater to myself.” he said “Like ‘Nigga you poppin’ 10 Percs? You a junkie, nigga.’ […] I had to make a decision with myself.”

It was then Meek realized his drug habits were stopping him from achieving his version of success. “I ain’t never seen a millionaire, bossed-up pill popper in my life.” he said.

Meek also dropped a bombshell when he revealed that his dependency on the popular opioid was so bad, it was partially to blame for his infamous 2015 beef with Drake. He admitted his addiction clouded his judgment. The two publicly squashed their feud on stage at a Drake concert in 2018.

“If you ask me about like why I came at Drake … I don’t even fuckin really, really, really know. Like, everybody be saying Nicki and shit, that wasn’t the case.” he said.

“I’m making very bad decisions here and not knowing that I’m making these bad decisions. And when I wasn’t high I look back and went on YouTube and I check my file I’m like, ‘I don’t do shit like that.’ ”

Stream Meek’s Grammy-nominated album below and watch the full interview above.