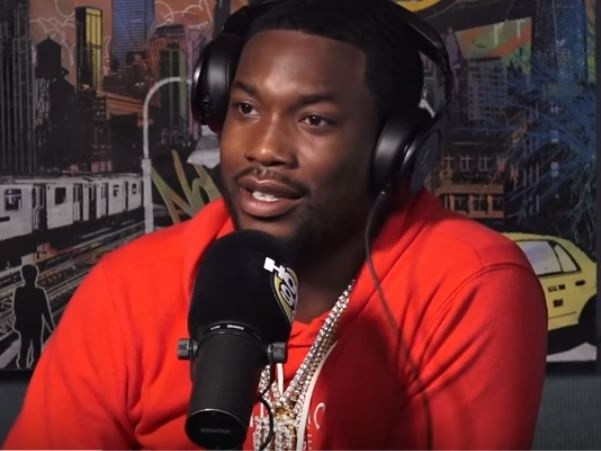 New York, New York – Philly rapper Meek Mill revealed a more mature side during an interview Friday (July 21) with Hot 97’s Ebro In The Morning and discussed regret over his beef with Drake.

During his feud with the 6 God, which birthed a handful of diss tracks and seemingly endless chatter about ghostwriting in Hip Hop, Meek says he was at a point in his life where he was “out of control.”

The 30-year-old MC added that he “could have approached things better” with Drizzy and he’d be willing to have a conversation with the Canadian music titan at some point.

“I was like out of control at that point,” Meek said. “The way I was coming at everybody. I offended a lot of people at that point. Even the way I was talking, the stuff I said … We had little things that I ain’t really agree with that I didn’t feel. And when I’m off the shits, I’m just off the shits. I’m just coming a thousand miles an hour. I don’t give a fuck about nobody, how I was coming. And me as a person now when I’m not like that…I think I could have approached things better. It is what it is.”

Although Meek appears to have buried the hatchet with Drake, he does offer some potential subliminal shots at his ex Nicki Minaj on his newly-released album Wins & Losses.

On the Dougie-produced “1942 Flows,” Meek raps, “Cut her off, act like she’s dead and it’s killing her.” Later in the song, Meek mentions Nicki by name as he warns bloggers about questioning him on his past relationship in interviews.

Meek concludes with the last verse on “1942 Flows” as he raps, “Heard that bitch say she cut me, I was like adiós.”

Watch the full 36-minute interview above.