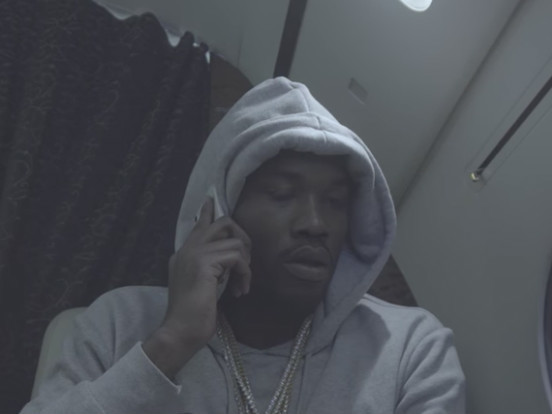 Meek Mill seems to be moving forward in life as he’s rumored to have a new girlfriend since his breakup with Nicki Minaj and he’s working on a new album, which we know is called Wins and Losses, thanks to Rick Ross.

But perhaps one thing he’s still clinging to is his beef with Drake. Meek Mill posted on his Instagram story Friday night (May 26) that he still listens to Drizzy’s “Back to Back” diss track “for motivation.” The clip, which features the song playing while Meek drives a Lamborghini, comes after posts of the MMG rapper living it up in the club, so clearly he’s not in his feelings, but the competition lingers.

Meek hinted at a “Back to Back” remix on his DC4, but the project was released without such a song. He and Drake battled it out in the summer of 2015 after the Dreamchasers leader accused the Toronto star of using a ghostwriter.

Many said that Meek took the L in the battle because “Back to Back” blew up the radio and Hot 100 charts. Meanwhile his lone diss track in the fight, “Wanna Know” was short-lived as producer Jahlil Beats utilized The Undertaker’s WWE song for the beat and it was soon removed from all platforms.

Looking back on “Back to Back” in the fall of 2016, Meek admitted the song was “hot,” but said it lacked punch as a diss track. He also shared that the reason he didn’t release a proper response was because he was touring at the height of the beef.

See the clip of Meek Mill listening to Drake’s “Back to Back” above and check out the original song below.