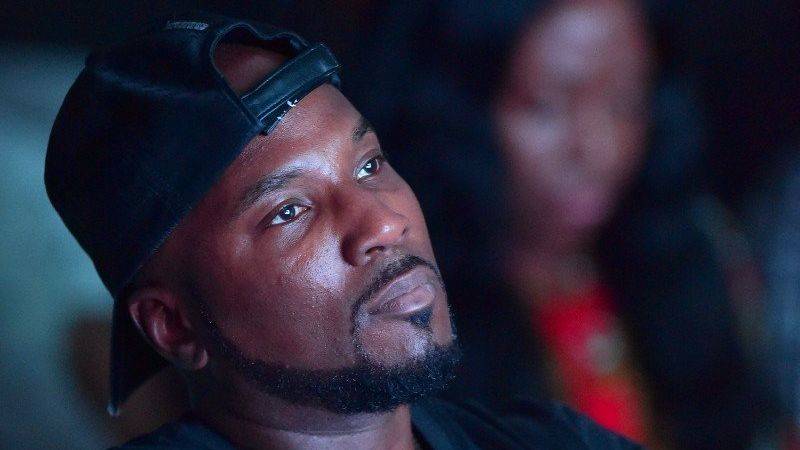 Former rivals Jeezy and Gucci Mane laid their issues to rest last November when they participated in an unforgettable Verzuz battle. What started off as a potentially contentious disaster evolved into a peaceful resolution to a nearly 20-year beef. But apparently not everyone was feeling it — especially Corporate Thugz Entertainment co-founder Kinky B who helped establish the CTE imprint with Jeezy in the early 2000s.

During an interview with the Big Facts Podcast, he spoke frankly about the impact he feels Gucci Mane and Jeezy’s reconciliation had on The Snowman’s reputation.

“That man, in the United States of America, any street n-gga lost all respect for that man that fucking day,” he says in the clip. “He lost all his street credibility that day due to the fact that, I don’t give a fuck, when a n-gga lose their life, man, ain’t no peace. They’ll never be peace. Never, ever.”

Kinky B is referring to a 2005 shooting incident in which Gucci wound up killing Jeezy’s associate Pookie Loc in what he said was “self-defense,” a major roadblock to getting both rappers in the same room. But Verzuz made it happen and the event went down as scheduled on November 19, 2020.

Right off the bat, the 1017 Records boss made things uncomfortable when he kicked off the battle with the 2012 Jeezy diss track “Round 1” and it seemed like that was going to be the theme for the evening.

Although Jeezy took it in stride, he ultimately drew the line when Gucci Mane played another disrespectful record called “The Truth” and decided to call him out.

“See when I called you and extended this invite, my n-gga, I did it as a real man,” he said at the time. “It’s been 20 muthafuckin’ years … you still talking the same shit. The shit we came from in the street, we been through it, dawg. Twenty years and when I said I wanted to do this for the culture, that’s what I wanted to do. I brought you here to show you the world care about what the fuck we got going on because we are the culture. Me and you, where we came from, what we been through, n-gga, us.

With that, Gucci accepted Jeezy’s olive branch, saying, “No disrespect. It’s all love.”

Jeezy later explained what moved him to forgive Gucci during an interview with Big Boy of 92.3 The Real, saying, “I just felt like I wasn’t gonna lose my cool,” he said. “I wasn’t gonna let anyone, including myself, drag me back 20 years.”

Kinky B isn’t the only critic of the move. Speaking to The Morning Hustle earlier this month, 50 Cent was adamant the only reason Jeezy did it was to sell copies of his 12th studio album The Recession 2. Even if 50 Cent was right, the alleged plan didn’t work. The project peaked at only No. 19 on the Billboard 200 and No. 7 on the Top R&B/Hip Hop Albums chart, selling around 28,000 total album-equivalent units in its opening week.

“I thought Verzuz was something we did when we was stuck in the house,” he said. “Look, as soon as we got out of the house and we come back outside, I was like, Verzuz didn’t make sense to me. Soon as we come back outside I’m like, I don’t know why we’re still doing [Verzuz]. I think when they did the Jeezy, Gucci Mane [Verzuz], I think that that was desperation on Jeezy’s part trying to sell a record.”

CTE World released its first album in 2001, Jeezy’s Thuggin’ Under the Influence (T.U.I.), and followed up with Come Shop Wit Me. Four years later, Jeezy got a deal with Def Jam South and The Island Def Jam and released his first major label studio album Let’s Get It: Thug Motivation 101. The imprint signed the now Grammy Award-nominated MC Freddie Gibbs in 2011, but he left just a year later under contentious circumstances.

But even after Jeezy dissed Gibbs on 2020’s “Therapy For The Soul,” Gangsta Gibbs said he’s willing to squash their issues.

“I don’t have beef with him like other people may,” he told Vulture in January. “I think it was just two guys who didn’t communicate correctly. He had a vision, and I had my vision, and we just couldn’t come to a common agreement. I don’t hate the man or anything of that nature, not at all. At one point, I looked up to him. And I still respect everything that he did musically. I still listen to his music. So, like I said, man, maybe one day, who knows?”