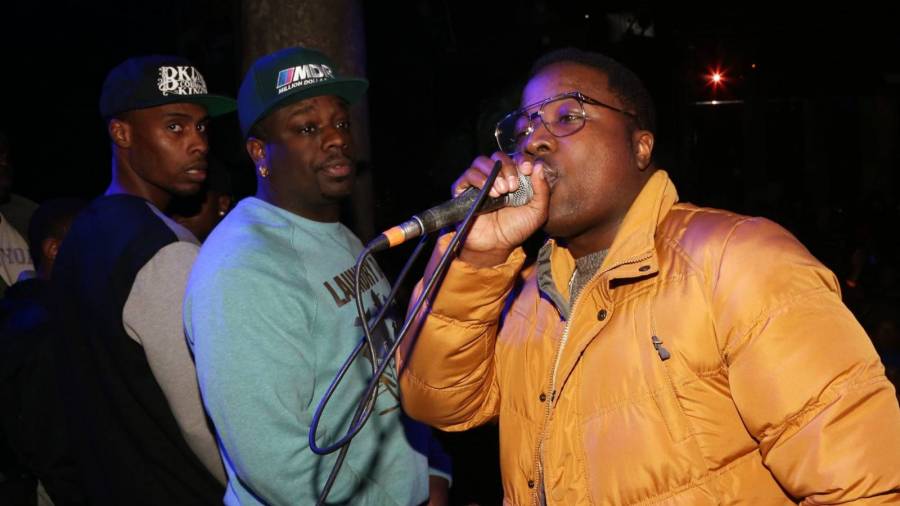 Troy Ave is probably the last person who should be talking about killing anyone.

In 2016, the Crown Heights, Brooklyn native was arrested for attempted murder and illegal weapons possession following a shooting at a T.I. concert at New York City’s Irving Plaza. But his pending legal troubles didn’t stop him from making an inflammatory statement about the recent Jeezy and Gucci Mane Verzuz battle.

On Sunday (November 22), Troy headed to his Instagram Stories to weigh in on the historic event and in the process, insinuated Jeezy should’ve just murdered Gucci in front of the 1.8 million people who’d tuned in for the highly anticipated face-off.

“If you killed somebody I love and we performing on camera…well I guess I’m killing u on camera,” he wrote. “#StreetsIsAMyth.”

Of course, Troy is referring to the 2005 shooting of The Snowman’s associate Pookie Loc who Gucci shot and killed in what he says was “self-defense.” Needless to say, the fact the two rap vets were able to be in the same room was significant in itself.

The battle kicked off on November 19 nearly an hour after its scheduled start time but from the jump, Gucci was seemingly out for blood. He started the battle with the 2012 Jeezy diss track “Round 1” and continued to get more disrespectful from there.

For nearly an hour, LaFlare criticized Jeezy for playing nothing but “old shit” and ultimately instigated a tongue-lashing from Jeezy when he threw on “The Truth,” another Jeezy diss track that revisits the Pookie Loc shooting.

But the two rappers were able to squash their nearly 20-year beef at the end of the event with Gucci saying, “No disrespect. All love.”

In a follow-up interview with Big Boy of 92.3 The Real, Jeezy explained how he maintained his composure.

“I just felt like I wasn’t gonna lose my cool — I wasn’t gonna let anyone, including myself, drag me back 20 years,” he said. “I worked so hard to get in a place where things are good for me. I got multiple things going on, I employ a lot of people, and everybody depend on me. Matter of fact, I got a daughter that I love very much. I gotta make it back home to her.”

He continued, “I’m not putting myself in no position to prove no point to nobody that I’m real. I been real. … It’s solid, ain’t nothin’ ever gonna change that. I don’t have anything to prove. The only thing that I gotta prove to myself is I wanna be better than I was yesterday. … That would have been an L for me to walk out of there and be like, ‘Yo, I just really lost my composure out in the world because somebody was playing with me like we in the sixth grade.’”