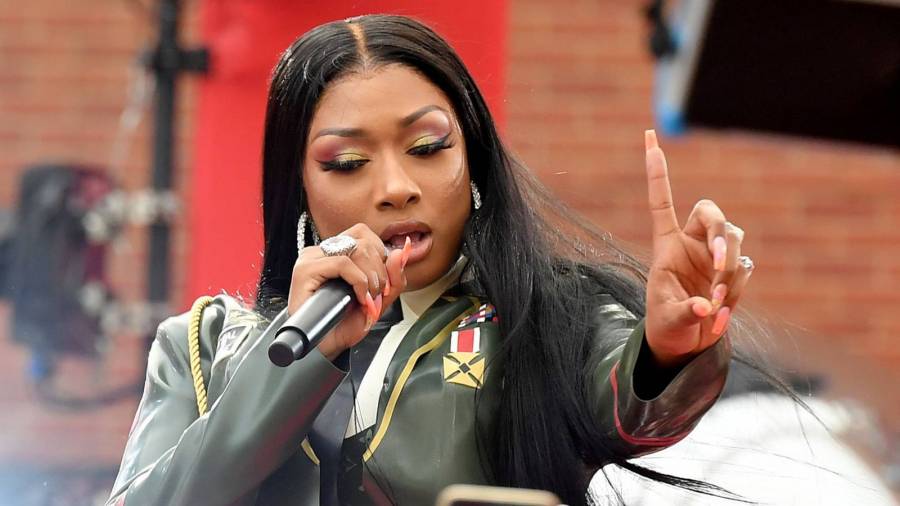 Megan Thee Stallion was a trending Twitter topic on Monday night (February 15) — which just happened to be the Hot Girl rapper’s 26th birthday — after her purported boyfriend Pardi Fontaine sounded like he got aggressive with her.

In an Instagram Live clip making the rounds, a man holds the camera as the Cardi B ghostwriter allegedly pounds on Megan’s bathroom door and says, “Yo! What the fuck y’all doing? Nah … no, bullshit. Now no bullshit. Don’t make me come through the door. No bullshit. I don’t give a fuck what y’all talking about. Tell Megan to come to the door. You have five seconds before I come through this shit. Open the door!”

From there, he barges into the room and several women start yelling at him as he shouts “everybody out!”

i hope megan is okay, because wtf was pardi on… pic.twitter.com/2Oz7uW6xRX

The video prompted concern from many of Megan’s fans who tweeted things such as, “I hope Megan is okay, because wtf was Pardi on” and “I really hope Megan is ok. I don’t know what Pardi was doing in that video, but from the way she sounded, it did not sit right with me AT ALL.”

But as the clip continued circulating, some people started placing the blame on Megan while others defended Pardi and pointed out nobody knows what happened prior to the bathroom break-in. As one Twitter user wrote, “I don’t believe Pardi would try to hurt Megan he probably thought something was wrong with her or something. We don’t know what led up to that.” 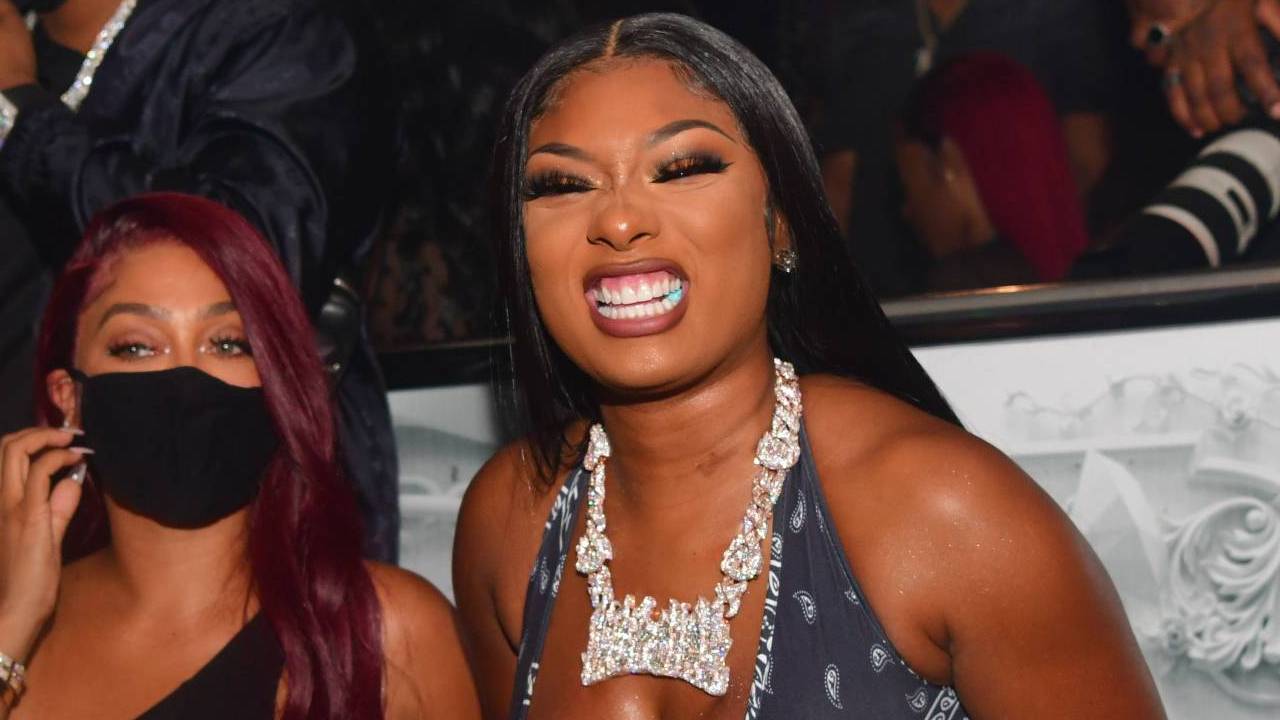 Megan celebrated her birthday by dropping the Houston-themed “Southside Forever Freestyle” and was seemingly enjoying another revolution around the sun. But overwhelmingly, Megan’s fans were worried about her well-being and voiced their opinions on Twitter.

Now why tf was Pardi tryna bust in the bathroom. Megan cant use the bathroom now. Who this nigga even think he is? pic.twitter.com/NExEfzYAFP

why in the hell is pardi doing megan like that on her birthday she does not deserve that right after the toxic ass situation with tory lanez she deserves better pic.twitter.com/NX0iELIQk3

Megan is dating Pardi? He sounds very aggressive/abusive in that video. I don’t like it.

Why is no one talking about Pardi potentially putting his hands on Megan in this video from last night? pic.twitter.com/SpO6GpyYFm

If Pardi is the guy who yelled “tell Megan to come to the door” ,& “I’ll kick it in” 😳🤨 Naw my G we not rockin right now you STRAIGHT VIOLATED pic.twitter.com/Q0csjRvEhi

I hope Megan is ok. I don’t like this Pardi guy. He’s sounded very aggressive and angry trying to get into the bathroom while Megan was in it.

Excuse me! Pardi did what to megan now pic.twitter.com/jGQQW2YM61

Pardi broke into a bathroom full of women hella loud and agressive and yall are blaming MEGAN??? Wasn’t he doing the same weirdo shit to Kash Doll? pic.twitter.com/8NYN2pYJvz

The misogyny that surrounds Megan Thee Stallion is scary. I went to The Shade Room to see that post about Pardi full of ridiculous comments. The Shade Room is a propaganda sh!thole. AS a celebrity I would never allow them to post me. NEVERRR

How Megan was looking When Pardi started pounding on that Door #Pardi #MeganTheeStallion pic.twitter.com/GN1k4PLAUr

it did sound like somebody was slapped during the Pardi & Megan altercation but that’s none of my business pic.twitter.com/xCedQJRRzs

pardi literally has “feminist” tattooed but is treating megan like that pic.twitter.com/f2YIRLN6Bs

no I don’t like this at all. Its the people blaming Megan in the comments that I hate. She was using the bathroom, that is NOT an excuse for Pardi to be aggressive and violent idc whether it’s her birthday or not, HE HAS NO RIGHT. https://t.co/RNUO1meJNO

The whole Megan and Pardi story isn’t out yet and some of you are already making her out to be the bad guy.. pic.twitter.com/zchO3XBscW

I really hope Megan is ok. I don’t know what Pardi was doing in that video, but from the way she sounded, it did not sit right with me AT ALL.

Pardi, leave my sister Megan alone before you meet your maker. pic.twitter.com/4sOxiDjHIS

Black Twitter going to check on Megan Thee Stallion after seeing Pardi acting the fool in that video pic.twitter.com/pxWOWVtUfr