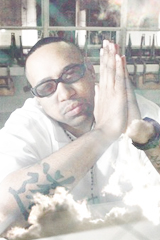 Another tragic loss has hit the Hip Hop community today as Pimp C, one half of UGK, was found dead in his hotel room this morning. He was reportedly 33 years old at the time of his death.

Pimp C was an acclaimed producer and rapper from Port Arthur, Texas. With Bun B, as UGK the duo found underground anthems in “I Left It Wet For You,” “Feel Like I’m The One Who’s Doing Dope,” and more recently with Outkast in “International Player’s Anthem.” Earlier this year, UGK‘s Underground Kingz achieved chart status previously unseen from the group. As a solo artist, Pimp C also released two albums with Rap-A-Lot Records.

The artist spent the early part of the decade incarcerated for complications due to an assault charge. His “Free Pimp C” campaign, spearheaded by Bun B, is remembered for upholding the rapper’s visibility despite a three-year prison sentence.

According to TMZ, a 911 call was answered by LA County Fire which led them to the Mondrian Hotel in California. When police arrived they found the Houston rapper dead in his bed.

No word yet as to the cause of his death as this story is still developing.

HipHopDX would like to send condolences to the family and friends of Pimp C during this trying time.

UPDATE: Representatives from Jive Records, UGK‘s longtime label have confirmed the death to be true.

UPDATE: This evening (December 4th), a Los Angeles coroner, Captain Ed Winter rules that no drugs or paraphernalia were found in Pimp C‘s bedroom in a Hollywood hotel. Although a formal toxicology test will prove results in seven weeks, the late rapper/producer born Chad Butler was found fully clothed, laying on his side atop a bed. Winter also added that it appears as if Butler was alone in his room, ruling out the likelihood of foul play.

These reports come after grumblings and speculation that the artist died due to drugs. Texas rappers, including DJ Screw and Big Moe have previously died as a result of complications allegedly linked to usage of codeine. Although Pimp C had rhymed frequently about narcotics use, his family, by way of a press release this afternoon, has asked that speculations cease until formal details arise.

We will keep you updated as information continues to come in.