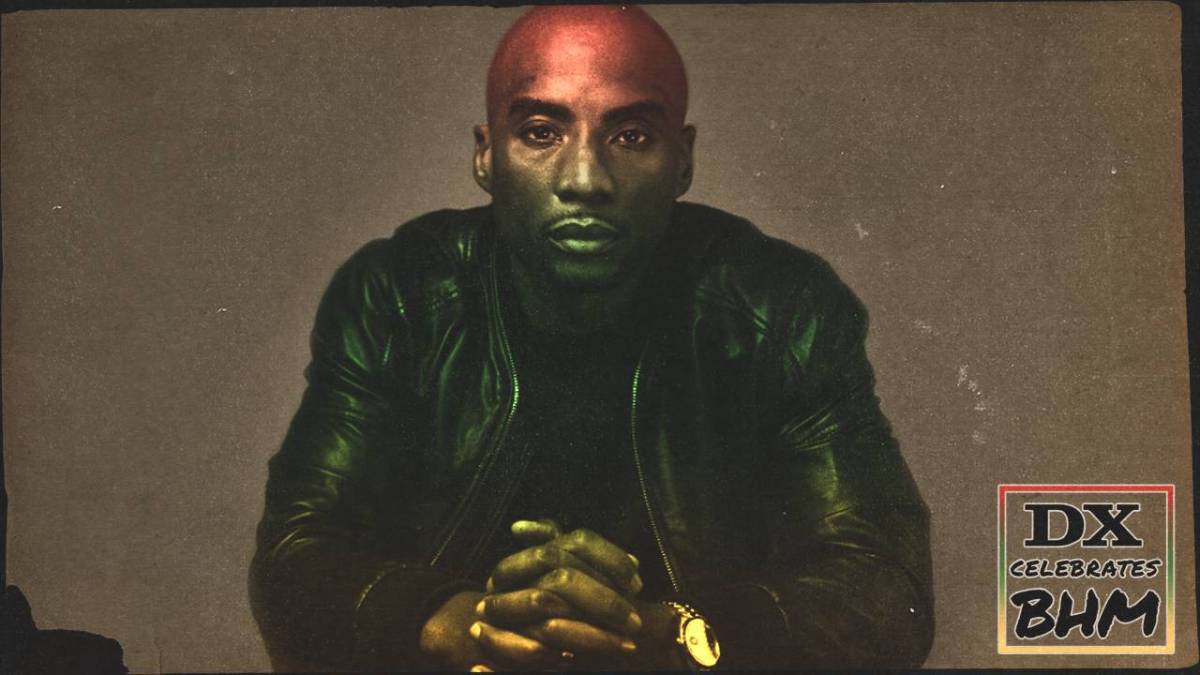 There’s a longstanding belief amongst the Black community that we don’t support our own. Instead of riding with the black-owned start-ups, most go for the established, high-end brands for clothes, music and more. For years major companies have profited off Black culture, and the problem is that there aren’t many Black faces running the show.

Some of the biggest names in Hip Hop are changing that mindset through the opportunities they’ve given back to the community through different business ventures. Charlamagne Tha God, one of the most prominent media mavens in the game today, is in that category. Charlamagne has been in the radio business since the early 2000s, and in that time, the Moncks Corner native realized there weren’t any platforms with content created specifically for the Black community.

The network debuted last fall on iHeartRadio and other streaming platforms, anchored by Charlamagne’s nationally syndicated New York City radio show with Angela Yee and DJ Envy, The Breakfast Club. With over 18 different podcasts, The Black Effect Network is a unique platform and already becoming a hit with fans. It offers new and established content creators and storytellers a space to showcase their creative vision, which would often get marginalized and neglected at other companies.

In this business you don’t get what you deserve, you get what you negotiate…….All Praises Due To God!!!! https://t.co/ku1cjSfhNa

Black content has always been handled poorly in the entertainment sector. You can take from Black culture, but you can’t represent it in the way it’s intended to be. The protests against police brutality and white supremacy in spring 2020 put a whole new spotlight on the topic. Corporate powerhouses like Netflix, Pepsi, Spotify, Apple and more changed their business practices and launched initiatives supporting the fight for Black lives.

Although these companies doing this is a good deed, it’s a shame that it took them this long to understand the importance of Black lives and culture. Blackness moves the needle and sets the trends in almost every aspect of pop culture. So why doesn’t it get the same love that other forms of entertainment get? The answer is direct and straightforward, especially in a period where white supremacists can freely storm the Capitol, and the cops who murdered Breonna Taylor are still walking free. The concern for Black lives and the preservation of Black culture are not essential in America’s eyes—and never has been.

Like Charlamagne said in a statement in September, “Blackness has an immediate, culture-shifting effect on everything. Blackness controls the cool. Blackness is the culture, but Black Voices are not monolithic. The only way to appreciate the diversity of thought and experiences in Black culture is to build a platform for those voices to be heard.”

As for his vision, the 42-year-old also wrote in his statement, “is to amplify, elevate, and empower emerging and established talent. Our goal is to shift the narrative from Black creators signing transactional deals, to instead forming legacy partnerships that build generational wealth while allowing each creative to have an equitable stake in their future. As a long-time partner of iHeart, it’s an honor to make history with them.”

The Black Effect Network has a dinner table of shows to feast on for a fix on the hottest topics through the lens of Black media. Hip Hop, one of the most expressive forms of Black culture, gets the most love out of the 18 podcasts already on the network.

Leading the way is N.O.R.E and DJ EFN’s Drink Champs podcast, where the duo speaks to some of the biggest names in Hip Hop and R&B over rounds and rounds of drinks. Following that is All The Smoke, a podcast where former NBA champions Matt Barnes and Stephen Jackson keep it all the way 100 on politics surrounding the sports worlds.

Black comedy gets some love with comedian TK Kirkland giving hilarious takes on several topics centered mostly around Hip Hop on his podcast The TK Kirkland Show, while Mandii B and WeezyWTF bring the laughs with their unfiltered sex talk on Whoreible Decisions. At the same time, MTV’s Wild’ N Out veterans DC Youngfly, Chico Bean, and Karlous Miller got in on the fun, too, bringing their comical 85 South Show to Charlamagne’s network.

There’s a plethora of content for people to choose from on The Black Effect Podcast Network. Charlamagne is making history with this type of deal as it’s the first time Black media has had a significant network like this compile most Black-driven content under one roof since the early days of BET.

He supported that fact in an interview with Forbes in September 2020, saying, “You see everyone doing their own individual podcasts that are all doing great, but I thought ‘let’s all create a conglomerate or an actual system and network.’ I admire what BET was able to do. I always say that I want this network to be to the audio space what BET was to television in the ’90s.”

Charlamagne has a shot at accomplishing that goal, especially when he appointed accomplished TV and events producer Dollie S. Bishop as the new president of production and creative development at The Black Effect Podcast Network.

“Dollie is a creative force who motivates and inspires people to be the very best version of themselves,” Charlamagne said. “Her creative instincts and recruiting and development skills are exactly what we need to ensure that The Black Effect Network becomes an unparalleled leader in podcasting. Dollie is a talent magnet. She brings a unique expertise that will help shape our way forward. It’s a genuine privilege to have her at the helm as we continue to grow and evolve The Black Effect Podcast Network.” 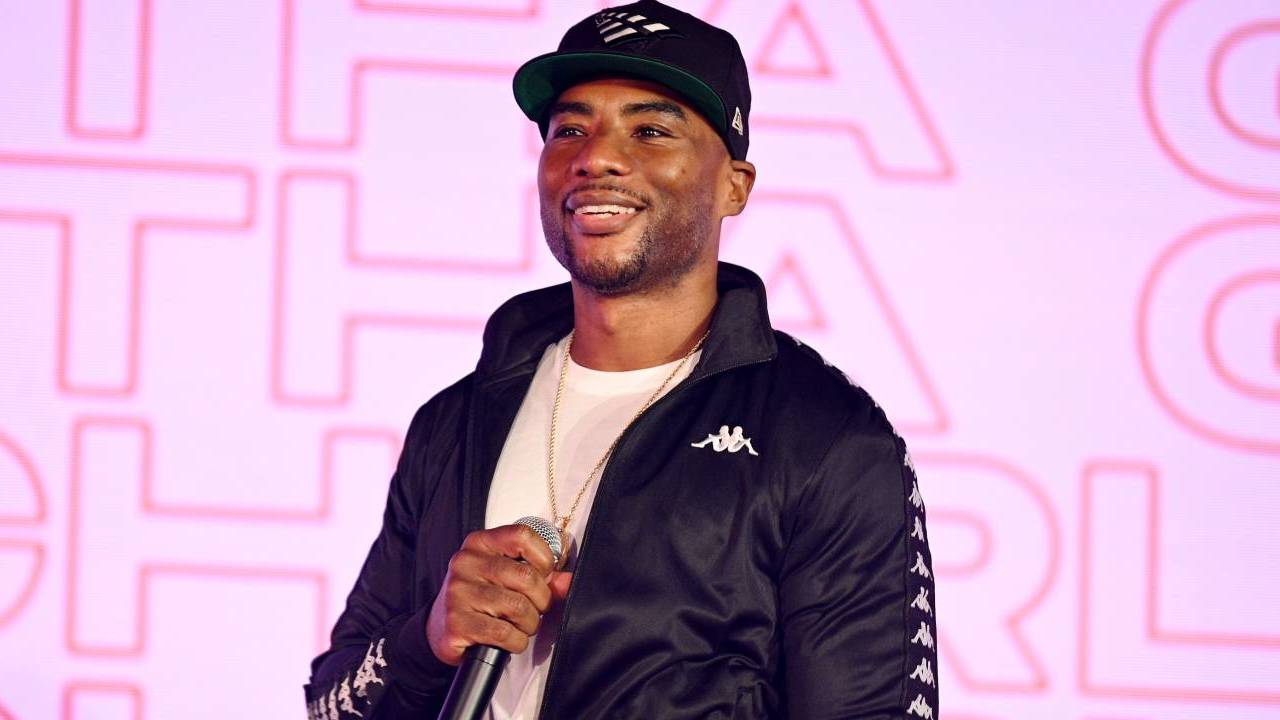 The efforts Charlamagne has put forth with his platform are inspiring, and the Black community should view his work as a tentpole for success. With a new five-year deal with iHeartRadio, expect Charlamagne to us as much real estate as he can. He’s already a best-selling author with two books that made him a leading voice in discussing mental health in the Black community.

Recently, Charlamagne launched the Mental Wealth Alliance, a state-of-the-art mental health outreach treatment program catered to Black communities. With The Black Effect Podcast Network, Charlamagne uses his platform in the right way by giving back even more. If we want people to stop leeching off our culture, we have to show out for it whenever something new comes up.