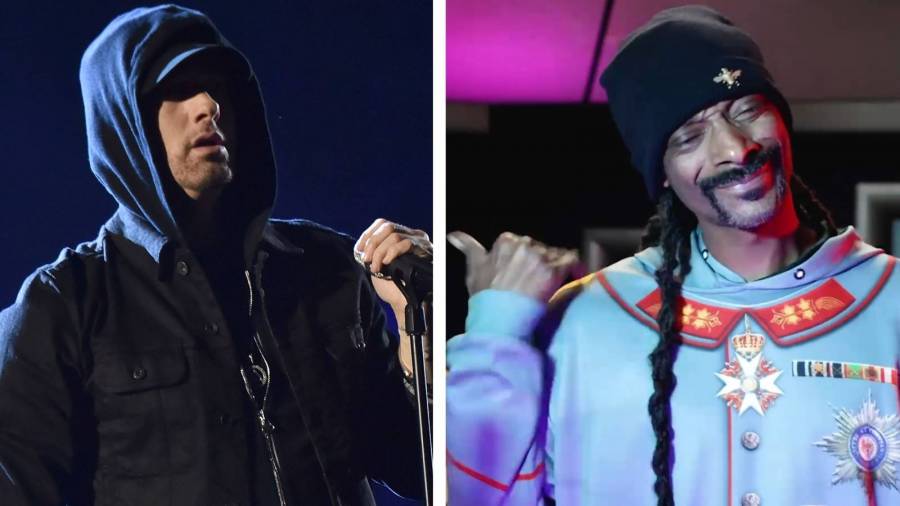 The Clubhouse app is becoming increasingly popular among Hip Hop fans, artists, journalists and other industry folks. But discussions can get heated, as in the case of Royce Da 5’9 and The Source founder Dave Mays’ recent argument that spilled onto Twitter.

While in a room dedicated to Snoop Dogg and Eminem’s bubbling beef, Tha Dogg Pound OG and Snoop’s cousin Daz Dillinger suggested the two rap titans have actually had some underlying issues stretching back years.

“Back in the days, they did that [‘Bitch Please’] song with Nate Dogg,” Daz recalls at the 7:20-mark. “And then Eminem did that on his album. When I was talking to Snoop one time, he said that he asked Eminem and them to get on his song, to get on his album and they told him ‘No.’ And Snoop felt like, ‘I did all this and all that, and they tell me ‘no?!’ Nobody tells me ‘no’!'”

Over the years, Snoop and Eminem have always seemed cool but as Shady explained in a recent interview with Shade45, he was jarred by some comments Snoop made about him during an interview with The Breakfast Club. During the conversation, Snoop said Eminem wasn’t on his Top 10 rappers of all time list, which surprised him.

“Everything he said, by the way, was fine, up to a point,” Em explained around the 30-minute mark of the interview. “Him saying I’m not in his top 10 because there are some rappers in the ’90s I can’t fuck with…A: Him saying Dre made the best version of me, absolutely, why would I have a problem with that? Would I be here without Dre? Fuck no, I wouldn’t. The rappers he mentioned from the ‘90s — KRS One, Big Daddy Kane, [Kool] G Rap—I’ve never said I could fuck with them. I never said that.”

As a result, Eminem ended up throwing a jab at Snoop on the Music To Be Murdered By: Side B track “Zeus,” which Snoop called “soft ass shit.” Shady’s friend and collaborator KXNG Crooked is worried a beef between these two pillars of the culture could be detrimental.

“For everybody who thinks that this shit is gonna just be two records going back and forth, or a few records going back and forth, you’re very wrong,” Crook said in a YouTube video uploaded on January 3. “This has the potential to be the most polarizing beef ever in Hip Hop, you know what I mean? And for that reason, I think it’s not good for the culture. I don’t think it’s good for the culture.”