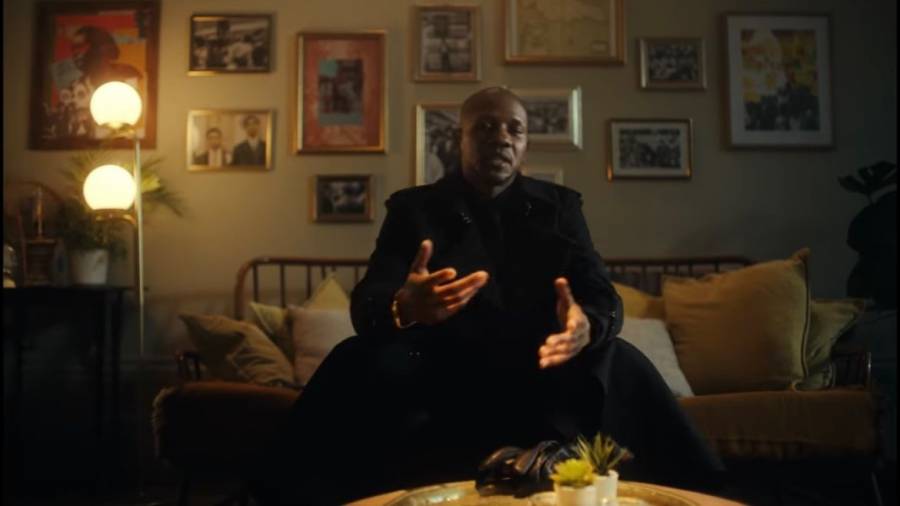 If there’s one thing to highlight about UK Hip Hop star Giggs, it’s his penchant for stepping out of his box and collaborating with all different types of American rappers.

The “KMT” rapper has done songs with Swizz Beatz, Theophilus London, GASHI, 2 Chainz, Drake and more and continued the trend on his latest mixtape Now or Never. The 37-year-old teamed up with New York rapper A Boogie wit da Hoodie for a hard-hitting turn up on “Changed Me.”

During his conversation with HipHopDX, Giggs shed some light on how the collaboration came together on a random night in Australia.

“We made that song when I was in Australia, around the same time when I made ‘Buff Baddies,'” Giggs explained to HipHopDX. “It was actually his studio session. He had the studio booked out for a week in Australia where they were vibing and I had gone. When I got there we were just vibing out in between the partying and flexing. You know how it goes.”

Giggs went on to say throughout all the partying and massive amounts of flexing inside the studio, A Boogie managed to record several songs with him in a matter of hours. During the whole process, Giggs said he got to know the young rapper through his tough-as-nails work ethic.

“We done some other tune for some other brothers out there, just a bit of fun and jumped on some next tune. Then obviously getting to know each other and vibing we eventually laid down “Changed Me.” He picked the beats and melodies for it and he was on that workhorse vibe still. It was straight to work with him. That’s one of my favorite songs on there.”

According to the UK star, someone at that age who works as much as A Boogie does is something to appreciate with the new generation and it fuels him to go even harder.

Giggs won’t approach a song with a younger artist like he’s the OG schooling his students. He said he rather come in treating his young homies like their family because that’s how he’s always been. If he thinks a new rapper is cold on the mic, he’s going to find a way to collaborate with them just like how it happened with A Boogie.

“I wouldn’t even really have that attitude like, ‘Yeah, you’re the young G.’ Talking the hardest,” Giggs explained. “That’s not the way man looks at things. It’s like, ‘You’re cold, I’m cold. I don’t care about how long I’ve been in the game. Let’s go.’ You get me?”

Check back for more of our conversation with Giggs coming soon.