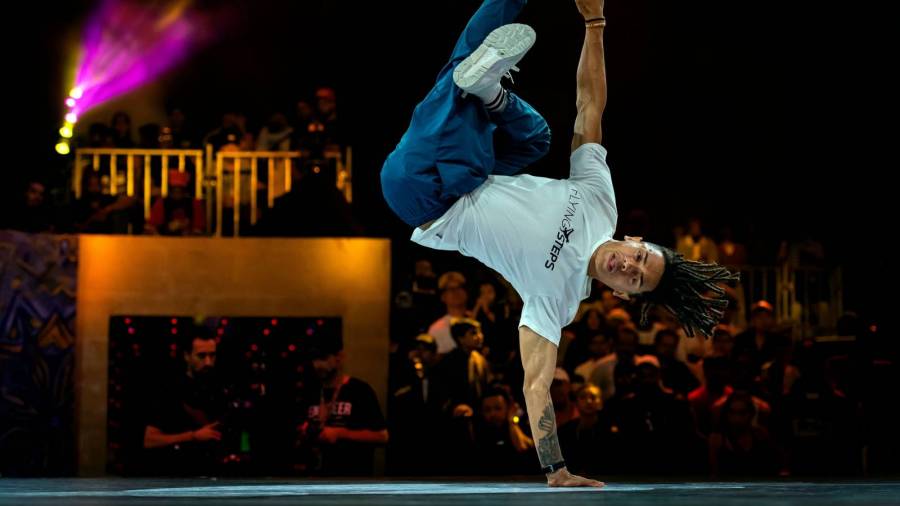 Breakdancing, breaking, b-boying — whatever you want to call it — has officially become an Olympic sport. According to The Independent, the International Olympic Committee’s pursuit to entice a younger audience led to the celebrated (yet often underrepresented) Hip Hop element being added to the 2024 Paris Games.

To commemorate the occasion, it’s important to understand breaking’s humble beginnings and how far it’s come over the last 40 plus years. Originating in the Bronx, New York City in the early 1970s, the demanding athletic street dance was popular among the Black and Puerto Rican communities. 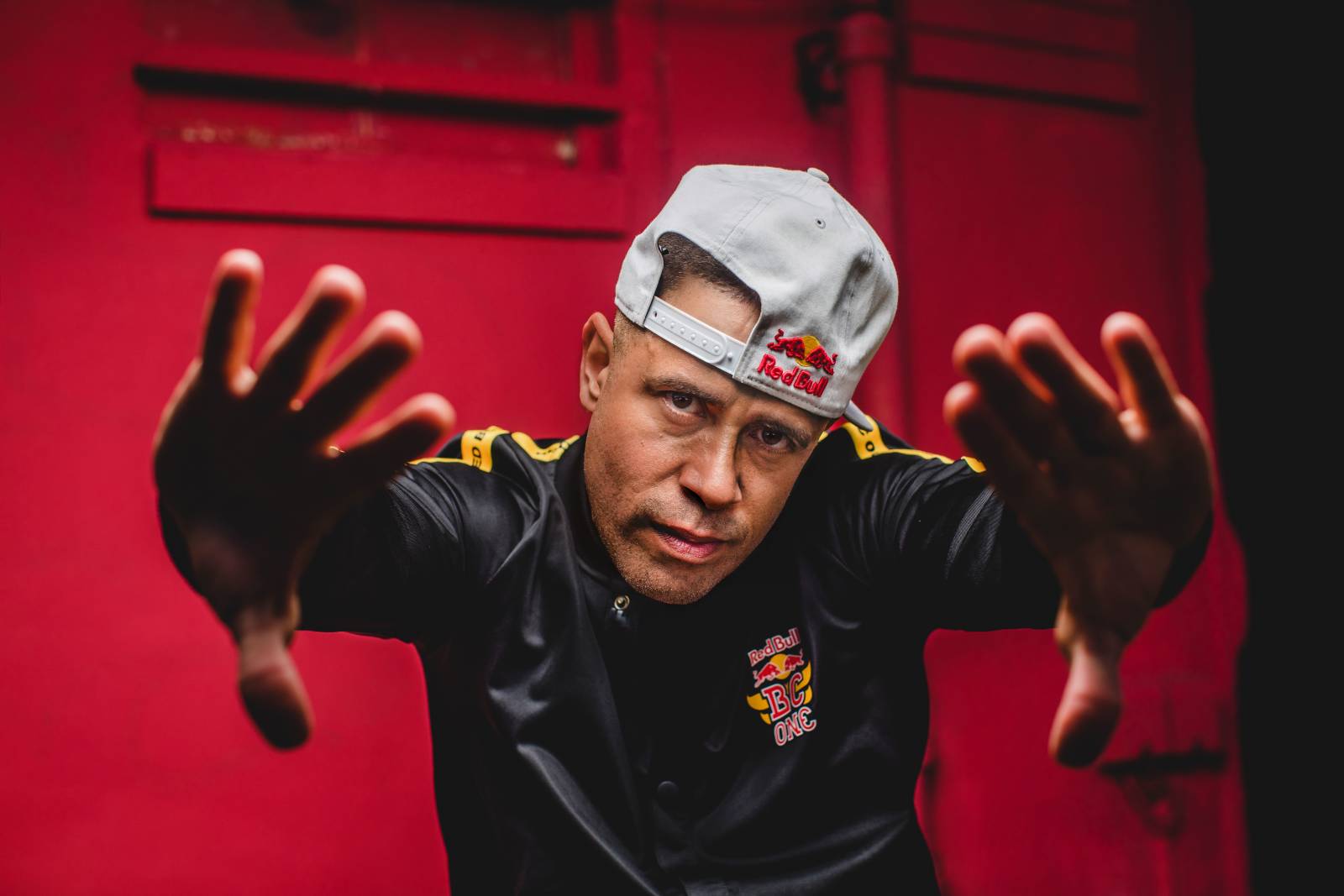 Crazy Legs Explains The Long, Wild History Of Breaking For A Younger Generation

As Hip Hop culture blossomed, so did breaking crews such as the Rock Steady Crew, Bronx Boys and Crazy Commanders Crew. It wasn’t long before breaking spread across the country to Fresno, California where The Electric Boogaloos popularized popping and, yep, the electric boogaloo. From there, countries such as South Korea, United Kingdom, Germany, France, Russia and Japan became immersed in b-boy culture, making the sport international.

“It shoulda been in there from day one of the Olympics,”DJ Qbert, one of Rock Steady’s first DJs, tells HipHopDX. “People are starting to figure out Hip Hop culture’s breaking has way more flavor in body language than what the Olympics had to offer previously.”

As the world catches up, here are five culture-defining moments that helped bring breaking to the forefront, beginning with the emergence of b-boy and b-girl crews and culminating with Missy Elliott’s performance at the 2019 MTV Video Music Awards.

The Rise Of Rock Steady Crew

Established in 1977 by Jimmy D and Jimmy Lee, the Rock Steady Crew was arguably the most prominent b-boy/b-girl crew in the Bronx. They would eventually add other notable members Crazy Legs, DJ Cucumber Slice, DJ Qbert, Fever One, Gizmo, Mr. Wiggles and Q-Unique, among others.

Jimmy D ultimately appointed Crazy Legs as president of Rock Steady for his stellar all city reputation, keen eye for talent like Ken Swift and the late great Frosty Freeze and introduction of uptown b-boy style of dance to the downtown arts and nightclub scene.

Of course, there were other crews prevalent during that era, including the New York City Breakers and the aforementioned Bronx Boys and Crazy Commanders Crew.

The film Wild Style is the quintessential Hip Hop film. Released in 1983, the Tom Silver-directed documentary focused on the underworld of New York City’s graffiti culture but also introduced b-boying, DJing and rapping into the mix.

Other films of similar ilk (Beat Street, Breakin’ and Breakin’ 2: Electric Boogaloo) would follow but would focus more on the dancing element. The dance films didn’t stop with the ’80s either. In 2004, R&B group B2K starred in the movie You Got Served about two rival dance crews battling for a cash prize. The film debuted at No. 1 at the box office during its opening weekend, grossing $16 million in its first week and bringing b-boying even further into the mainstream.

Red Bull BC One B-Boy/B-Girl Competition

Breaking was embraced by countries all over the world, often before rap was on their radar. In 2004, the energy drink company Red Bull established Red Bull BC One, an international b-boy/b-girl breaking competition that put a spotlight on breaking’s international appeal. The main event is a knockout tournament featuring sixteen b-boys and b-girls, who compete in one-on-one battles decided by a panel of five judges.

Regional Finals are held for North America, Eastern Europe, Western Europe, Latin America, Asia Pacific and Middle East and Africa with the winners of each region moving on to the World Finals. This year’s annual event took place in Salzburg, Austria on November 28 and crowned Russian b-girl Kastet and Japanese b-boy Shigekix as the new world champions.

In 2008, San Diego b-boy crew JabbaWockeeZ made an appearance on the inaugural episode of America’s Best Dance and suddenly, b-boying was thrust into countless homes across the country. Initially comprised of Swagger Boy, B-Tek, Cristyle, Kid Rainen and Phi, the crew combined jaw-dropping dance moves with creative artistic expression that often came in the form of full face masks and innovative costumes.

Although there have been several different iterations of the group, whatever form they’re in have resulted in several lucrative deals. Over the years, they’ve appeared in Pepsi, Ford and Gatorade commercials and performed on Dancing with the Stars, So You Think You Can Dance, The Ellen DeGeneres Show and Live with Regis and Kelly. They’ve also made a cameo appearance in the film Step Up 2 The Streets, launched their own clothing line and toured with NKTOB and Jesse McCartney.

In 2010, they became the first dance crew to headline a show in Las Vegas called MÜS.I.C at the Monte Carlo Resort and Casino. More recently, they appeared in DaBaby’s “BOP” video from 2019’s Kirk. Last December, they performed with DaBaby for an episode of Saturday Night Live.

Missy Elliott appeared at the 2019 MTV Video Music Awards where she had a special surprise for her longtime fans.

Midway through her explosive Video Vanguard Award medley performance, dancer/actress Alyson Stoner — who famously appeared in Missy’s “Work It” video as a kid — busted onto the screen wearing a bright yellow adidas track suit and threw down her best b-girl moves. She was then joined by another b-boy rocking the same outfit who wowed the crowed with backflips and freezes. It was a moment forever immortalized on camera and proved how b-boying has been and always will be engrained in Hip Hop culture.