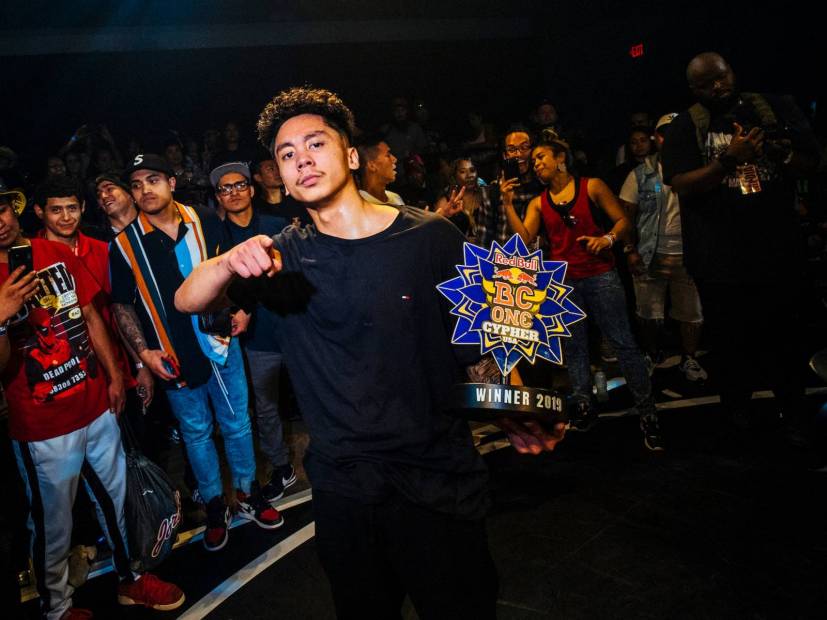 Houston, TX – At the Red Bull BC One National Finals (May 19), 32 of the country’s best breakdancers battled it out for the chance to advance to the world championships. HipHopDX was front and center as B-Girl Macca and B-Boy Icey Ives emerged victorious in front of an enthusiastic Houston crowd. The winners will compete against global contenders later this year at the Red Bull BC One World Finals in Mumbai, India.

The Red Bull BC One All Star Tour kicked off its 16th year with workshops across the country and competitive cyphers in Los Angeles, Philadelphia and Orlando. The tour came to a close at the Red Bull BC One Camp USA in Houston, where 16 B-Boy and B-Girl cypher winners flaunted their best moves before judges Jeskilz, B-Girl Babygirl, Wicket, Marlon and past All Stars Roxrite and Ronnie.

“Breakdancing might become an Olympic sport now,” Crazy Legs addressed his crowd. “But we’ve got to work hard to maintain the culture, because this was started by poor bastards in the Bronx.”

This year’s Red Bull BC One Camp USA also marked the second time the tour has stopped in Houston. To celebrate the vibrant breaking culture in the city, several local dance crews performed during the national competitions, including Shun Murda, Ill Tribe, Culturas / Unidas and the female-fronted BGirlCity.

“It has been a great experience these last two years and they are continually getting better,” Ill Tribe, who rocked matching Asian brocade jackets, said. “Seeing the amount of top-notch talent coming right here to our own city… gives our local community the ability to connect.”

“When I made it to semis it felt like it was according to plan,” semi-finalist Nico Castro told HipHopDX. “The journey of training hours every day prior to the event was just as fun as the actual competition. I felt like I did the best I could.”

Macca and Icey Ives advance to the final round and will compete against top finalists at the 16th annual Red Bull BC One World Finals in Mumbai, India on November 9.