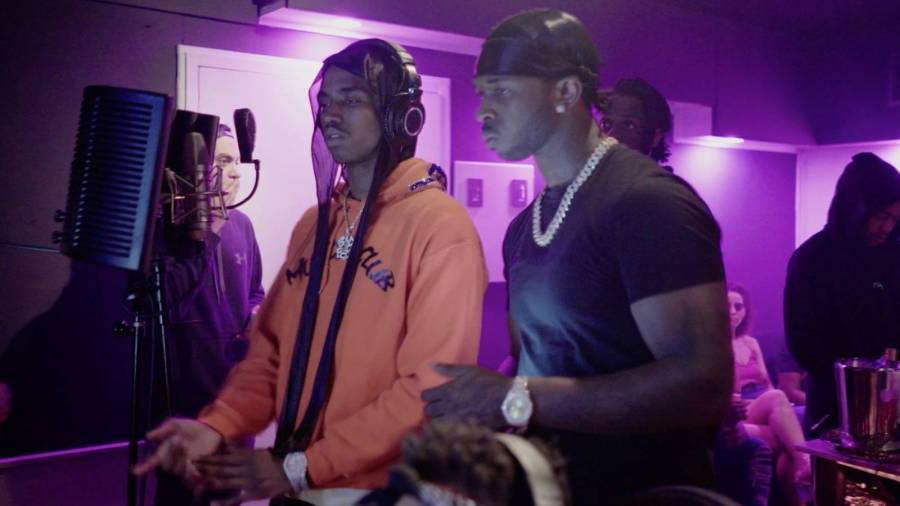 For one of the breakout hits on his debut studio album, Shoot for the Stars, Aim for the Moon, Pop Smoke called upon King Combs for the smooth “Diana” record. It was the first collaboration between the two but wasn’t supposed to be the last. Unfortunately, hours after they finished recording the song and several others, Pop was shot and killed in a home invasion robbery on February 19.

During his conversation with HipHopDX, Combs reflected on his last moments with Pop and discussed what the mood was like in the studio. A February night that was supposed to be a regular evening between a group of friends turned into a moment King Combs will never forget.

“I don’t even know how to explain that night,” Combs told HipHopDX. “That was my second time in the studio with him but we’d been around each other a lot. Any time we were around each other, it’s a lot of energy where you’re just dancing and having fun. Never any negative vibes, and it was the same thing this night.”

He continued, “We was in the studio, it was a late night. It was a couple of people, a couple of girls. Everybody is just laughing and having fun. He was playing music, and then I did a verse and he did some other songs. He actually did ‘Iced Out Audemars’ that night too and it was just dope.”

According to Combs, his conversation with Pop that night was ongoing, and it later turned into a meaningful moment for the two. Combs said at one point, both rappers were sharing stories and getting to know each other more while also praising each other’s accomplishments.

“We was just having storytime and all that and everybody was telling the craziest stories that happened to them,” Combs added. “Everybody was just going down the line of stuff that happened, and then we all left.”

Combs revealed after he left the studio he was going to call Pop to link back up with him following the recording session. But instead, he had gotten pulled over by LAPD and decided it was already late and headed back home. Once he got there and went to bed, Combs’ father, Diddy, burst into his room to tell him the tragic news.

“My Pops busts into my room and he’s like ‘Yo, Pop Smoke’ and I’m like, ‘Yo, I was just with him like an hour ago.’ It was crazy. Wow. Rest in peace Pop Smoke. That wasn’t even supposed to happen. He was supposed to be the biggest right now, man. But his legacy is living on and I’m always going to honor Pop Smoke.”

When asked what was the most important thing Pop said to him that night, Combs referred to when he was sharing praises with the late Brooklyn rapper.

“He was like, ‘Yo, you got to keep doing what you’re doing. You’re doing your thing. I see you, I like you. You’re hard,'” Combs said about Pop’s meaningful words to him that night. “That’s just something that stuck with me because he didn’t even have to say that. He didn’t have to say anything, and he just made it known he rocked with me and what I was doing.”

Combs said Pop showed nothing but love that night and it was crazy to him because the Brooklyn rapper didn’t have to do any of that. Even though artists are often cool with each other if there’s no underlying beef, most of them are to themselves. But with Pop, Combs said it was different.

“It’s just like, for somebody to go out and say that, to show love out the way, I feel like that just, that stuck with me for sure.”

Check back for more of our conversation with King Combs coming soon.