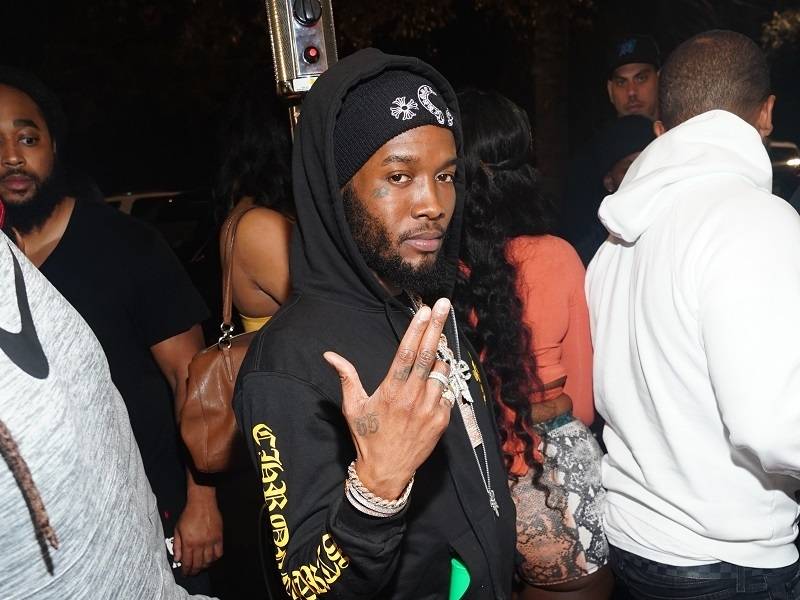 The DMV rap scene has become a healthy ecosystem of innovative and exciting rappers with diverse backgrounds and unique styles. The region’s versatility could rival any other scene, featuring rappers who excel at using melody and rhythm coupled with glitchy production, each rapper incorporating these musical elements along with a multitude of flows including Atlanta trap and Bay Area Hyphy, among other styles.

But not long ago, the DMV only had a few standouts. One of the trailblazers was Southeast D.C.’s Shy Glizzy, whose ability to write catchy flex raps tinged with existential dread drew fans and critics to his quality street mixtapes.

He’s added another gem to his discography with Young Jefe 3, a project focusing more on slick hooks and witty punchlines rather than delving into his trauma, a summer album for the summer that never was.

Big s/o to all the Dj’s supporting this record. S/o to my team and my fans ? I got another one on my hands ?? #1 most added #LikeThat #Yj3

While Glizzy has developed the technical and storytelling skills needed to have staying power in rap, he admits he wasn’t into the genre at first.

“Go-go [music] was our world where I was coming from,” Glizzy tells HipHopDX. “That was the first genre of music that I jumped into, beating on buckets this and that.”

But things changed after befriending two kids who lived across from him in the Southeast D.C. 37th street projects. Because of this friendship, the then eight-year-old Glizzy got to know their uncle, who happened to be a big fan of a West Coast rap pioneer.

“He was the first person to show me this Eazy-E VHS tape where it had like Ruthless Records and all these different videos,” Glizzy said. “We used to watch that tape every weekend, and I just started to learn these Easy-E songs. I just thought Eazy-E was so cool; I liked the rugged style he had at the time, just how bold he was. He was standing up to everything and going against Dr. Dre and everybody. Even at that young age, I was like, ‘okay, I can relate to this shit.”

Eazy-E’s impact not only affected the way he carried himself coming up but also his vocal style.

“I always knew [my voice] wasn’t a regular thing,” says Glizzy. “I’m part of the Squeaky Voice [club] with Boosie and Easy-E. It wasn’t too many of those type of light voices that was still strong and powerful, so I just thought I found a way to perfect that.”

He understands a high pitched voice isn’t easy to pull off.

“Some people could be annoying in that lane,” he says with self-awareness. “They can’t do singing, and they can’t do certain styles of rap. But my voice can cut through anything: rock, pop, Hip Hop, jazz, R&B, whatever you want. I just have one of those types of voices. I’m from DC: I have all the swag.”

You never know how strong you are, until being strong is the only choice you have…

Although Glizzy beams with confidence, the 27-year-old rapper carries a chip on his shoulder. Despite all the success, he feels overlooked and disrespected by the industry. Because of this, Glizzy believes he must bear the responsibilities of a leader for his area code in the hopes the next generation doesn’t have to fight to stand out as much as he has. He’s prideful about his position but also admits it’s a burden to have so many people depend on you.

“It’s a gift and a curse,” Glizzy says bluntly. “All these responsibilities fall upon me from these artists and my family; they expect things from me, and then there’s expectations of the [rap] game in general. I set this tone to be this young boss, and I’m probably like one of the first artists coming out of [D.C.] with that type of mentality. I was never trying to sign to no label; I wanted to maintain my independence. And I feel like that’s always been the toughest part, just getting through life like that. Knowing people really want you to be under their umbrella [at their label], so you lose their support when you don’t align with them—even though you genuinely fuck with them—just because you want to move a certain way. And when you do it on your own, you might not get love from the hottest artists or get posted on Instagram because everybody treats you like a threat when you don’t affiliate with them.”

He pauses after admitting his frustrations, his vocal tone becoming direct rather than exasperated.

“That’s been my mindset since the door opened, no matter who I hung out with, no matter what I’ve seen, no matter the vibes. I always stood firm: I’m me and this Glizzy Gang, this is what I stand for.”