Review: Shy Glizzy’s “Covered In Blood” Is Audio Proof Of His Growth 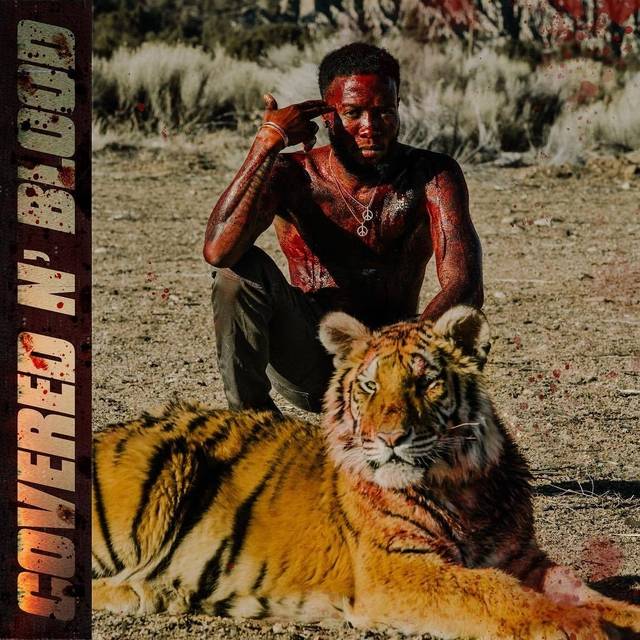 Since first hitting the scene back in 2011, D.C’s own Shy Glizzy has become in many ways the “people’s champ” for the city. Glizzy had a breakout year in 2018, celebrating the release of his debut album Fully Loaded, while also earning a Grammy nomination for his feature on Goldlink’s smash single, “Crew.”

Glizzy described the project to HipHopDX as being “deep” and serving as a personal diary. The project’s opener “Volcano” establishes that tone early as over a smooth, laid back instrumental Glizzy contrasts his past life in the streets with the one his lives now. He raps, “Ain’t from the struggle, I ain’t really understanding y’all/ Used to hit the corner store and run out with a candy bar/ Now a nigga richer than an owner and a manager.”

Stretches of introspection and recollections of painful memories are presented throughout the album, amongst the braggadocious, melodic raps that we’ve come to expect from Glizzy. Records like “Prime Tyme,” where he vents over deceased friends and a motivational joint like “Riding Down Slauson” really highlight Jefe’s growth as an artist. This growth isn’t just displayed in the content necessarily, but in how it’s delivered. On the latter he references the late Nipsey Hussle, rapping “Still remember my first show was at the fair/ Back in 2012, Nipsey was there (Long live Nip)/Yeah, that was years ago when I was flippin’ birds/That was years ago when I would get the work.”

There are a couple of occasions where the songs feel like they are blending together, which can be a testament to the album’s cohesion, but with Glizzy’s very specific tone, on a project with very few features it could have benefited from a bit more variety sonically. Despite there being heavy introspection and more serious content on this one, the project is by no means void of bangers. Tracks like the Supah Mario produced slapper “Demons” and the standout joint “Quarterback Glizzy” are undeniably infectious and energetic, but still flow well within the album’s sequence.

What separates Covered In Blood from his last release is that there seems to have been an extra effort made to keep the project lean, as it clocked in at under 40 minutes. There aren’t any major drop-offs in quality from song to song. While there can always be some improvements made in rap department for Glizzy, he locked in on what he does best for this album.

Shy Glizzy has successfully cultivated a following that stretches far beyond the DMV region by consistently delivering quality mixtapes that resonate with the streets. Covered In Blood serves as another step in the right direction as Jefe proves that he’s able to capture the raw energy of his mixtapes on a concise 12-track album.