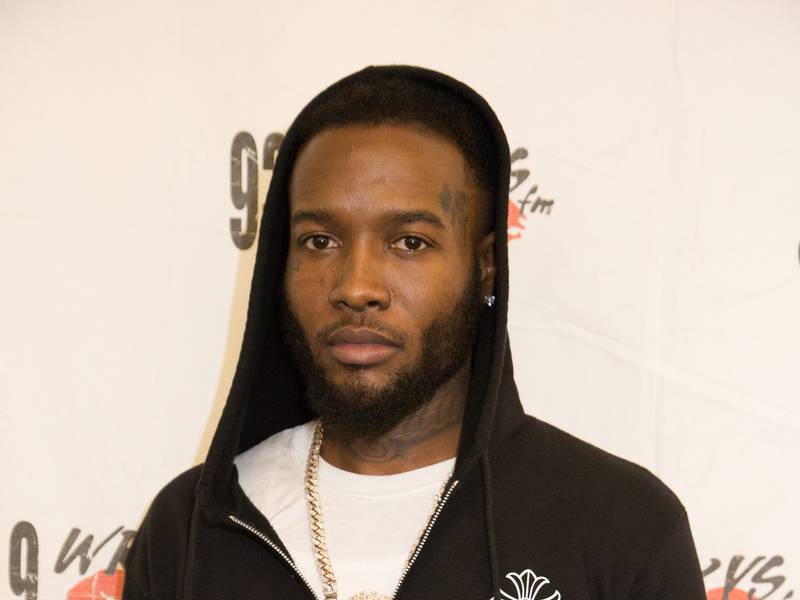 Los Angeles, CA – HipHopDX caught up with Shy Glizzy at the Los Angeles stop of Gunna’s Drip or Drown 2 tour on Tuesday (April 2). During the conversation, the Glizzy Gang founder revealed he’s planning to release a new album, Covered In Blood, on April 19.

“It’s a deep, deep album,” he told DX. “It’s a really deep album. A lot of my music is like a diary. This one is about what I’ve been going through the last few months.”

Is you drippin or you drowning? 💧 Tour starts March 31st @gunna slattt

A lot has changed for Glizzy over the past two years. His guest appearance on GoldLink’s hit single “Crew” earned him a Grammy nomination and opened new doors in the music industry.

“It’s triple platinum, on the way to diamond,” he said of the song. “It changed everything — the game started to accept me off one verse. I couldn’t do anything below that from that point.”

Glizzy added, “Where we’re from, that doesn’t really happen like that. So, it’s big.”

FRIDAY ~ Drop a 🌋 in my comments if you ready

While Glizzy is excited about what’s to come, he — like so many in Hip Hop — are mourning the recent loss of Nipsey Hussle. While reflecting on the fallen rapper, Glizzy emphasized the need for more artists to follow in Nip’s footsteps.

“I hope more people can learn from his example, being entrepreneurs and moving differently out here, being more careful,” he said. “My mission has always been bigger than music. I feel similar to Nipsey because I’ve always stayed around my people, stayed independent and everyone in the game wanted to sign me, just like Nipsey.

“I stayed Glizzy Gang, I’m the CEO of my own company. I ain’t signed to nobody. I can’t fall as long as I’m in control. That’s what I respect most about him: independence and leadership. That’s how I’ve always been. R.I.P. Nipsey.”