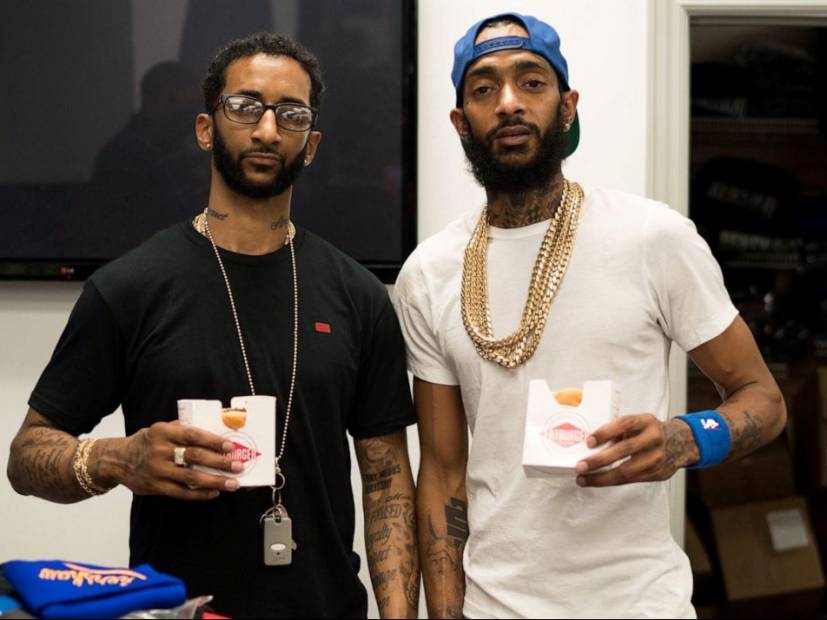 Los Angeles, CA – Nipsey Hussle‘s untimely death on Sunday (March 31) has been a devastating concept to process for not only fans of his music but for those close to him as well. Lauren London, Nip’s longtime girlfriend and mother to their two-year-old son Kross, tenderly broke her silence on Tuesday (April 2) along with his sister Samantha Smith.

“He was somebody that believed in the process of hard work, determination and just the positivity of somebody staying in the area that he grew up in and making something out of nothing,” Asghedom told ABC News. “… he was a role model to the community, to the kids, and to the mothers and the grandmothers and the community that watched him grow up and seen him as a youngster, (and now) a family man, a father, raising his kids.”

Nip Hussle The Great, born Ermias Asghedom, was known for his enlightening discography created from the perspective of a Rollin 60s Neighborhood Crip, raised in the streets of Los Angeles. To the 33-year-old Victory Lap rap martyr, where he grew up meant the world to him. Through the act of buying back the block and businesses, which include the co-working space Vector 9, his emblematic Marathon Clothing store and local Fatburger, that is where his love evidently poured out.

“Why do you have something in this area? Why don’t you leave and do something else?” Sam explained to ABC News of Nip’s choice to build up his community in spite of his emerging success. “but he was murdered while he was in a parking lot, hanging out, selling CDs and that’s the area that he felt attached to and did everything in the area and ended up buying a lot and rehabilitating, opening up businesses and just became a landmark for everybody.”

While standing outside of his flagship Marathon Clothing store near the Crenshaw District, an associate shot the Grammy Award-nominated recording artist five times in the torso and one time in the head following a disagreement. He was quickly rushed to the hospital, where he was later pronounced dead.

“You know, at the end of the day, he’s the one who actually made me have something legitimate to be able to attach myself to,” Asghedom said. “…It’s hard that he was killed, man. It’s hard.”

In an interview with the Los Angeles Times published on Thursday (March 4), Sam recalled his little brother’s final moments. After running red lights in a panic to get to Nip, Sam arrived at the store to find him lying on the ground. He attempted to perform CPR on him under the instruction of a police dispatcher before the paramedics arrival.

Sam described Nip’s death as an “execution” and wonders if it was a hit or if it was really done out of jealousy.

“It doesn’t make sense that somebody from the area, that just snuck up, and just talked to him and shook his hand minutes before,” Samiel told LA Times. “It’s mind-boggling.”

The Los Angeles District Attorney’s Office formally charged Holder with murder, two counts of attempted murder and one count of possession of a firearm by a felon on Thursday (April 4).

Facing 25 years to life, Holder is being represented by Christopher Darden, former city prosecutor from the O.J. Simpson murder trial, and has entered a plea of not guilty. He is scheduled to be in court again May 10.