Employees of the newly-opened FATBURGER location on Crenshaw Boulevard and Slauson Avenue wear uniforms designed by Nipsey Hussle. The rapper recently spoke about the idea to work with FATBURGER during an interview with MTV.

“FATBURGER being an iconic brand in L.A., our core values aligned,” Nipsey Hussle says. “We had an idea to co-brand the Crenshaw collection from the MarathonClothing with the FATBURGER logo.”

FATBURGER, a restaurant chain, which has been referenced in songs by several rappers, including The Notorious B.I.G., is an important part of Los Angeles, according to Hussle.

“The FATBURGER logo, it’s like the Hollywood sign or it’s like something you come to L.A. and you think Los Angeles,” Hussle says. “We didn’t want to get in the way of that. We just wanted to represent our area and also the Crenshaw collection.”

Hussle made headlines in 2013 when he sold his Crenshaw mixtape for $100 per copy. The rapper sold physical copies of the project at a Los Angeles store where he also sold Crenshaw-themed clothing, including T-shirts and crew neck sweatshirts. 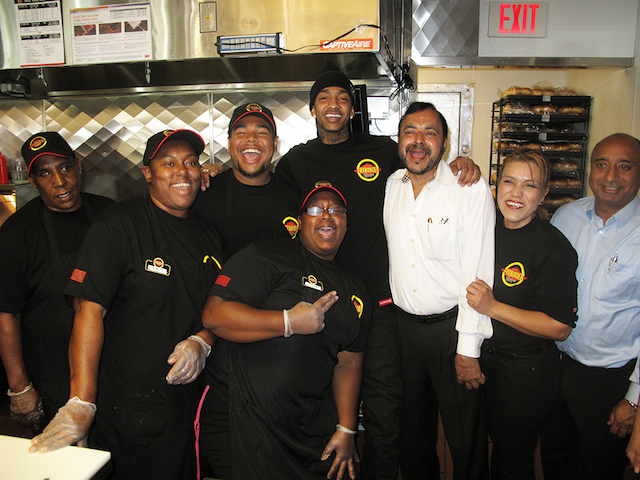 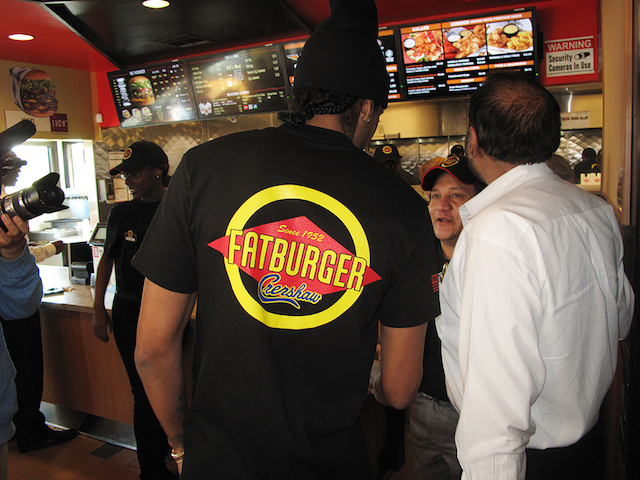