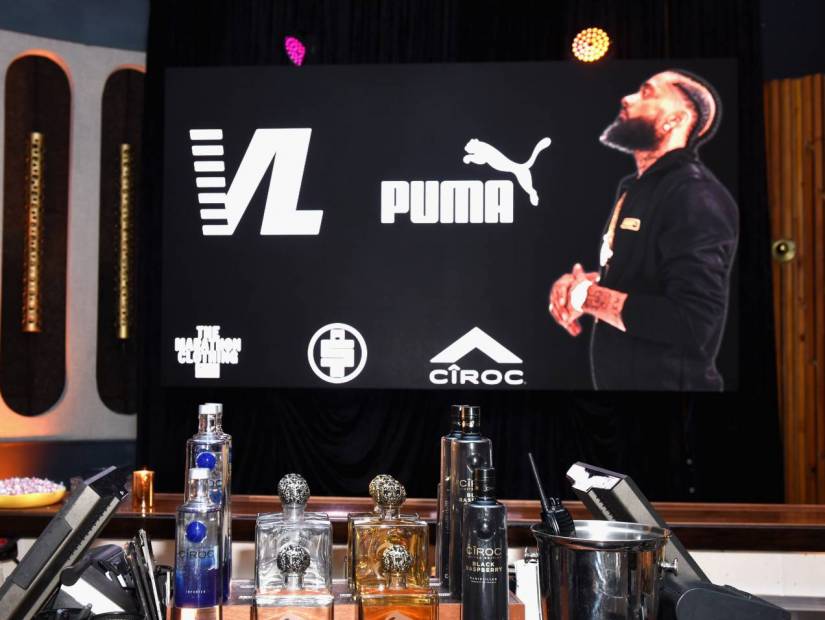 On March 31, 2019, Nipsey Hussle — a tenured West Coast-based rapper who emerged from the 2000s Hip Hop scene — died as a result of multiple gunshot wounds in front of his Marathon Clothing store in South Los Angeles.

But the man born Ermias Asghedom was more than just a rapper. As several notable eulogies pointed out, he was an entrepreneur, an activist, and a community leader who lived — and ultimately, died — for the people he served.

With a business savvy that was often said to rival JAY-Z’s, Nipsey Hussle had a series of business investments that not only gave back to his community, they were — in many ways — ahead of their time.

Let’s take a look at some of Nipsey Hussle’s many side hustles.

Nipsey had a clothing store called Marathon Clothing, but he’d also invested very heavily in The Marathon Agency, a digital marketing agency co-founded by blogger Karen Civil and Jorge Peniche. The Marathon Agency, which was heavily involved in the 2016 United States presidential campaign, reportedly received “a hefty sum” from Nipsey to help with start-up and operating costs. What’s more, according to Steve Carless, the head of the Marathon Agency, the company looked at Nipsey as a “silent partner” because he’d invested close to “six figures” in bringing the Marathon Agency to life. Hussle also reportedly invested, heavily, in cryptocurrency.

Like many rappers in the music business today, Nipsey Hussle showed an interest in the dramatic arts. After a cameo appearance in Bone Thugs-N-Harmony’s semi-autobiographical film I Tried, he took a small role in the film Caged Animal, opposite Ving Rhames, Gillie Da Kid, and Robert Patrick. He also wrote a song, “The Sexy Getting Ready Song,” for the hit television show, Crazy Ex-Girlfriend. Most famously, he turned down the role of Snoop Dogg in Straight Outta Compton, in efforts to stand in his own shadow.

In May of 2018, Nipsey Hussle was officially announced as the ambassador for the Puma clothing and shoe company. Rather than blow his check on himself, though, Hussle treated 50 of his closest family and friends — including YG, his longtime partner Lauren London, O.T. Genasis, and Grammy award-winning producer James Fauntleroy — to a specially curated dinner featuring custom cocktails and Hussle’s new album providing the musical ambiance. At this dinner, Hussle’s collaboration with Puma — called The California — was unveiled, and he began carrying an exclusive Puma line in Marathon Clothing.

When Nipsey dropped the 2013 Crenshaw mixtape, he realized that there was a business opportunity to be had. Rather than give away the mixtape for free, he charged users $100 per copy. This move — considered “crazy” at the time — netted Hussle $100,000, which he then reinvested into his different business ventures, including the Marathon Clothing Company.

Co-working spaces are becoming one of the most popular business models in the United States today. According to AnOther Magazine, more than 1.7 million people worked in more than 19,000 co-working spaces in 2018 alone, and that number is expected to continue to grow exponentially. As a forward-thinking businessman, Nipsey Hussle recognized that developing communities — including the one from which he came — needed these co-working spaces, so he teamed up with a company called Gross to offer “flexible short term leases, daily passes, monthly memberships, private offices and custom build-outs” to budding entrepreneurs.

Vector 90, which is located in the Crenshaw district of Los Angeles, not only provided co-working spaces for the inner city youth, but it provided STEM (which stands for “science, technology, engineering, and mathematics”) opportunities and seeding (read: money) potential for inner-city kids (especially those who otherwise don’t have the ability to approach major investors for their ideas). “We’re going to be able to really do some next-level things once we start utilizing the technology with content. So, it’s just a theory right now. We got one piece of content that we engraved into the products, but it’s so much we’re going to do so that we really see the potential of it over time,” he told Black Enterprise Magazine.

“Closing Escrow Twice This Month…Both Commercial Units” Proud 2 Announce That We are Now tha OWNERS of 3420 W Slauson Ave! AKA @themarathonstore This a Full Circle Moment For me and my team…We went from hustling in front of this building to Owning it! Read the full article at @forbes or hit the Link in my Bio!🏁 Congrats to my Partners: Blacsam Fatts Adam & @david.a.gross

Nipsey Hussle wasn’t just interested in giving back to the youth, or investing in businesses in the hood — he was interested in taking the hood back from the corporations and the overseers and giving it back to the people in the hood. In addition to the Vector 90 space, Hussle partnered with DJ Khaled and several other investors to acquire the leasehold for the Viceroy Santa Monica, a 162-room luxury, beach hotel, according to Billboard. He was also looking to invest in other businesses. It’s this ownership and advocacy that he’d carried all throughout his life, and will be his legacy even in his unfortunate, untimely death.