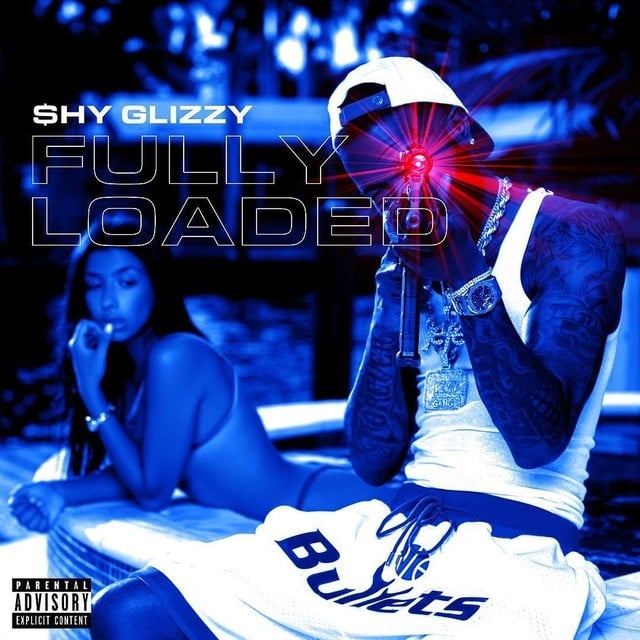 Over the past six years, D.C representative Shy Glizzy has grown to become one of the most prominent acts to emerge from the DMV area. His consistency and grind have undeniably made him a fan favorite and even a Grammy-nominated artist. Officially throwing in his hat into the 2018 ring of albums, Young Jefe strengthens his catalog with the star-studded, 19-track effort, Fully Loaded.

From jump, we get a couple of bouncy, braggadocious records with mainstream appeal like “Super Freak” featuring Lil Uzi Vert. Flexing his versatility, he still makes sure to give listeners the introspective street content that has built the strong connection fans have with him. This is best exemplified on records like “30’s, 50’s, 100’s” and “Mafia” wherein between the expected boastful raps he articulates real pain he has experienced. On the latter of the two songs he raps, “They killed my brother, that shit turned me to a demon/I put that choppa to my gut and I don’t see shit/You ever seen some brains splatter, you can’t believe that shit/Your own right-hand man ratted, you can’t believe that shit.”

Glizzy has a unique style in regard to song structure, many times delivering lengthy hooks that work really well with his charismatic delivery. This is showcased consistently throughout this particular project, highlighting what separates him from many of his peers. The drawbacks of the album come as a result of a few songs that come off a bit bland and rushed, like “Bring it Back,” a middling record with Spokepurpp that could have easily been cut for cohesion purposes. At times, Glizzy’s melodies can carry a record but such lackadaisical lyricism can sometimes seem to be used as a crutch.

As one can easily see from the tracklisting, there are a ton of features on this one. There are veteran names like Rick Ross, as well as up-and-comers like fellow DMV rapper Q Da Fool. With this album being an ambitious 19 records, these features added the variety needed to sustain a compelling listen, albeit highlight a weak link in Jefe’s repertoire. Two of the album’s brightest moments came on the reflective “Where We From” with NBA YoungBoy and the infectious “Money Set” with Young Thug, where these rapper’s styles meshed flawlessly the Glizzy’s.

The album closes with a soothing Zaytoven-produced “Born Hustler,” a track filled with flexing rhymes about women and pateks, while still dropping chilling street memoirs. Jefe raps “Damn, we was in a rush, we had to flush them ki’s/Got money in the floor, hope they don’t touch the freezer/What you know about takin’ them L’s and your whole family needs you?/What you know about workin’ that scale? I’m talkin’ a thousand piece.” This record served as a great closer because it really sums up Shy Glizzy’s artistry.

Fully Loaded is a strong release from Jefe that ranks high in his current discography. Despite being a tad long, the project’s digestible flow is apparent. Score a three-pointer for Glizzy Gang.