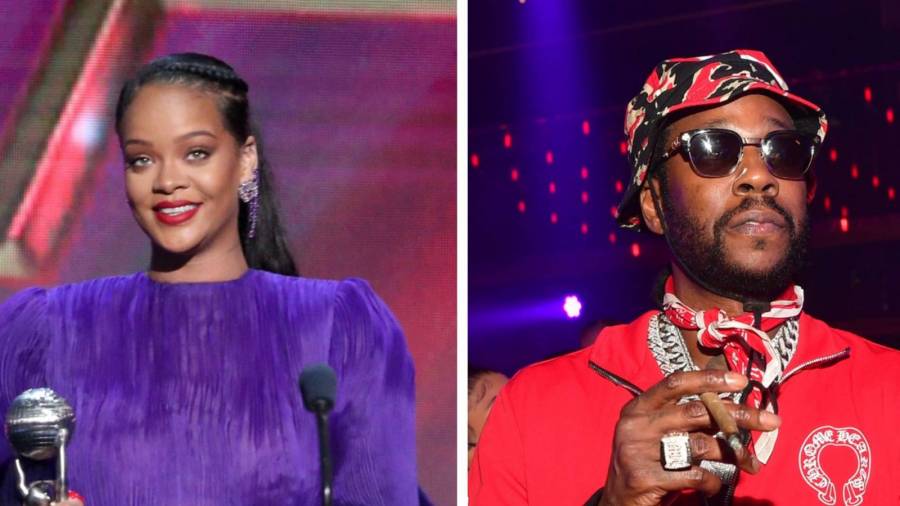 The 2020 presidential election got underway on Tuesday (November 3) and as of Thursday morning (November 5), the final tally remains undetermined. However, Democratic presidential nominee Joe Biden leads 264 to 218 and requires only six more points to hit the 270 electoral votes required to win the White House, according to The Associated Press.

Subsequently, Donald Trump has filed lawsuits against key battleground states Michigan, Pennsylvania and Georgia in an attempt to stop the final votes from being counted.

“Admitting defeat is not a plausible reaction so soon after the election, so they throw a lot of Hail Mary lawsuits at the wall and hope something sticks,” longtime Republican elections lawyer and CNN contributor Ben Ginsberg told CNN. “These types of suits aren’t indicative of a campaign that’s feeling optimistic — and instead, is scrambling.”

While Trump and his campaign attempt to slow Biden from crossing over the 270 threshold, artists are using their massive platforms to speak up about the issue at hand.

The artist formerly known as Tity Boi recently performed at a Biden rally in Atlanta, performing his 2012 song “I’m Different” to the crowd and making his alliance clear.

“I think this next administration that I support, which is Biden-Harris, they offer something different,” he said as the piano-driven instrumental started in the background. “I speak on being different, embracing being different, and without further ado, ‘I’m Different.’”

Common, who appeared on The Tonight Show Starring Jimmy Fallon! on Wednesday night (November 4) alongside Black Thought, got in on the action via Twitter as well and echoed 2 Chainz and Rihanna’ sentiments, writing, “Count. Every. Vote.”

Other artists/musicians such as Destiny Child’s singer Kelly Rowland, Lady Gaga and Madonna are also putting their social media platforms to good use as the county awaits the results.

“To all of the hard working Poll Workers counting votes all night…….thank you SO MUCH!” Rowland tweeted. “What a great contribution to this country. God Bless you All.”

To all of the hard working Poll Workers counting votes all night…….thank you SO MUCH!
What a great contribution to this country.
God Bless you All🙏🏾🙏🏾

COUNT EVERY VOTE! Thank you to our heroes who are valuing every American with their public service! You have heart and soul! ❤️🗳