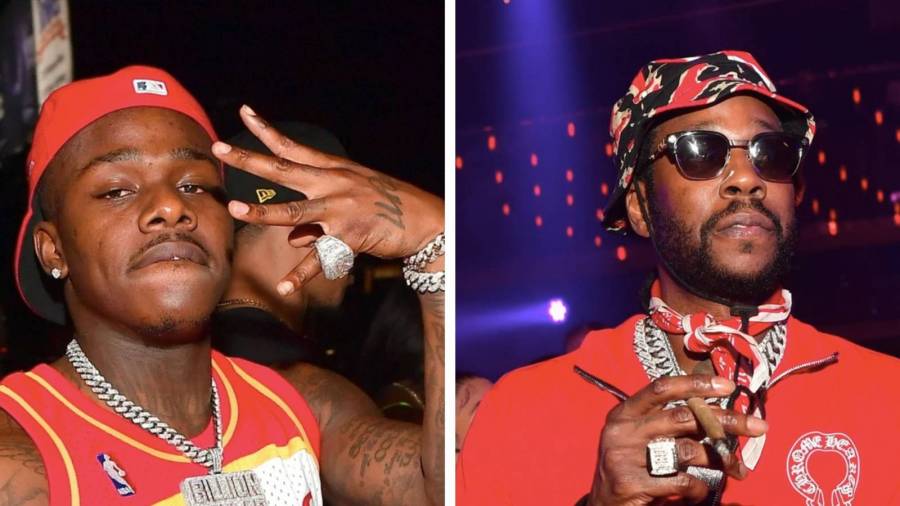 The G.O.O.D. Music founder fired off the heavily edited track (’cause, you know, secular music and all) in a tweet on Thursday (October 29), which also featured the single’s cover art.

DaBaby opens the track with, “Let me get ’em Ye/They gon’ hate on a young n-gga anyway/They only call me when they havin’ bills to pay (Go)/Ain’t nobody ask me how I feel today
I think about it and get in my feelings, Ye” then proceeds to go off.

For Tity Boi’s part, he offers some heat in the second verse with, “Uh, if one more person call me and ask me, “What’s wrong with Ye?/That’s a grown man, I can’t tell him what he can and can’t say/Never been a Yes Man, so I don’t feel like I have to explain/F y’all n-ggas, ex-drug dealer, ex-ball player, X Games (Uh)/Goin’ down like Aston, diamonds in the watch like Aspirin (Uh).”

Kanye contributes to the chorus and assures his listeners, “I let God fight my battles.”

Ye revealed a collaboration with DaBaby was in the works in another Twitter post earlier this month that included a screenshot of their text exchange about the song. Ye begins by thanking DaBaby for “everything” to which he replies, “Nah Thank You! Been Inspired! Still Inspired!”

He then promises to send back his verse later that day and assures him he’s been a Kanye fan since 2007’s Graduation album. The “Nah Nah Nah” remix marks the duo’s first collaborative single together. As far as 2 Chainz goes, Kanye has collaborated with him before, most memorably on the 2012 song “Mercy” also featuring Big Sean and former Clipse rapper Pusha T.

In April, Chainz confidently stated he bodied Kanye, Sean and Push on the track, tweeting, “No disrespect but I kilt all dem boys.” Sean Don took exception to the claim and told The Rap Pack podcast, “I immediately called him like, ‘What the fuck you talkin’ about bro?’ He was like, ‘No, no, I wasn’t talking about you, bro. I was talkin’ about the whole game. Obviously everybody on there was going crazy. I’m like, ‘That’s not how it seemed.’