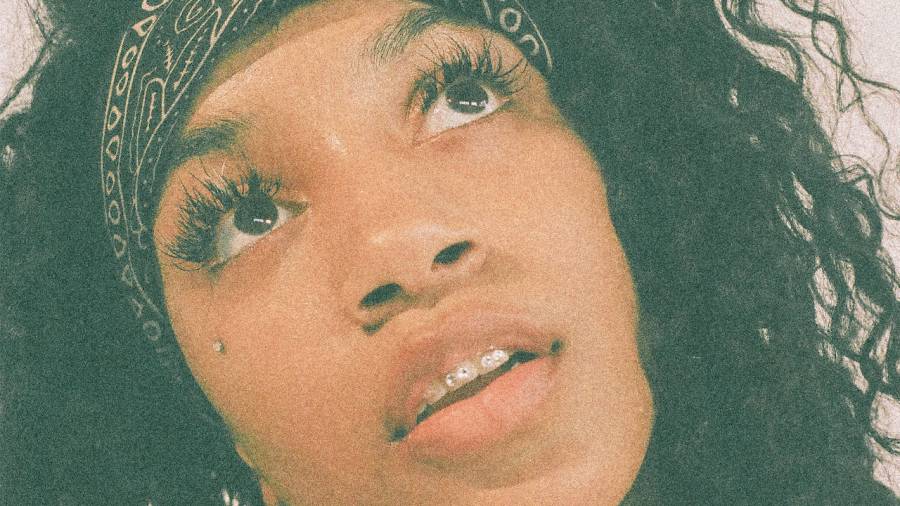 When Bktherula starts a song, she’s trying to take you to a new dimension. The vocalist has crafted a groggy niche with her inventive delivery, switching almost instantaneously between revealing confessions and prideful boasts. Meanwhile, the music behind her vocals creates the kaleidoscopic feeling of floating on a cloud, grounded by booming 808s that grip you to the speakers.

Bk hails from Atlanta, and finds inspiration through life experiences rather than the city’s music. Bk’s Atlanta looks like routine adventures around the city, sounds like daily sessions and experiments in the studio, and tastes like the crispy fried deliciousness from JJ’s Fish & Chicken. “It’s like, fried chicken with crack powder on it,” she says. “I be throwing it down at JJ’s.”

Recently signed to Warner Records, Bk likes to keep to herself, and when she’s not eating, she’s probably cooking up a new sound. The withdrawn artist doesn’t know what she’ll do next, and for her, that’s exactly the point. Always on the path to true self-discovery, the young artist evolves more than once every full moon, and her music evolves with it. So rather than a concrete, set-in-stone vision for her musical future, she says it changes faster than she can keep up with.

“[My vision] changes so fast, bro,” Bktherula says. “I’ll literally be like ‘this is my sound, guys,’ and then two weeks later I have a completely new sound. It’s just crazy. I feel like I will never stop evolving.”

That experimental spirit is fully apparent in the music. On “Summer,” she opts for dreamier, sun-soaked production, pulling the corners of your mouth into a smile with the ascending synths that kick the song off. Here, Bktherula speaks of coming out of the abyss into a blissful paradise she never wants to leave. “Why’s it only me, why’s it never them?” she asks, speaking to past arguments and frustrations that caused her pain.

On 2020’s “Admit It,” the spacey instrumental meets a West Coast bounce. The first verse speaks to the range of emotions packed into her songs, starting off with arrogance before eventually conceding she misses a prior partner.

Singles like these have built mounting anticipation for Bk’s next project, Nirvana. The project will be a sharp departure from Love Santana, the swirling potion of an album that turned heads earlier this year.

Not only will it be different than the previous projects, but Bktherula says even the two aforementioned singles don’t capture the album’s sound.

“After [Love Santana], I moved on almost immediately,” she says. “I’m not that person anymore. I’m completely different, extremely different. If you hear some of my new songs, it’s not nearly the same. Even “Admit It” is old, I made that around the Love Santana time. No one knows.”

Of course, it’s not surprising. BK’s desire for evolution goes beyond music, and you’d be hard-pressed to find an activity or hobby that she wouldn’t try her hand at. Her newest side-interest is modeling, and her insightful reason for doing so: she hasn’t tried it before.

“I’ve been trying to try new things,” she says. “I’ll see where it goes. I was just like, ‘I’ve never tried [modeling],’ so fuck it, might as well. I kind of like it. At least now I know, but what if I would have had a love for it, and I never did it just because?”

For Bk, it’s all about the art. She recognizes the impact she’s made, and profoundly appreciates all the fans who have been chomping at the bit for Nirvana. Still, though, she’s focused on her next evolution, rather than getting caught up in charts or perceived notoriety.

“I think I’m at the point where I definitely made an impact, but i don’t really like labeling myself,” she says. “I’ll just let others determine that.”