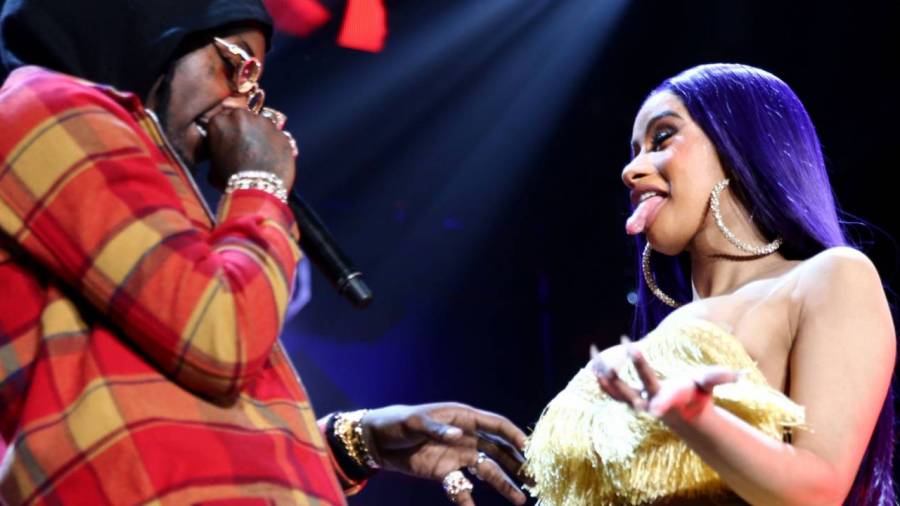 Are Cardi B & Offset Already Back Together?

The saga of Cardi B and Offset is a complicated one. Their whirlwind romance began in 2017 and quickly led to the couple saying “I Do” and their daughter Kulture a year later. But things got dicey in December 2018 when the “WAP” rapper declared their relationship was over via Twitter.

Rumors of the Migos member’s alleged infidelity proved to be too much for Cardi and she walked away — at least temporarily. A few days after she announced the split, Offset showed up at Rolling Loud Miami and crashed her set with a large display of flowers and an apology, which evidently worked. The couple was soon back on track and seemingly more in love than ever.

Despite the optics, there was evidently trouble in paradise. Late last month, Cardi filed for divorce with Fulton County Superior Court and was adamant her marriage was over. However, it looked like Offset was up to his old tricks again when he showed up to Cardi’s 28th birthday party in Las Vegas this weekend and surprised her with a $330,000 Rolls-Royce, a gesture that was rewarded with a kiss.

Cardi B kissed Offset at her 28th birthday party after he gifted her a $330K Rolls Royce! pic.twitter.com/mfvaenSdfP

In another video, people can be heard shouting “Take Offset back” and “Black love” as Cardi checks out the lavish gift.

Offset surprised Cardi B with a Rolls Royce Cullinan for her 28th birthday 🥳 pic.twitter.com/72SSK2wy1D

Apparently feeling confident, Offset headed to his Instagram Stories where he wrote, “I Won” next to a photo of himself. Fans may recall when Cardi broke up with him the first time, he fired off a defeatist “Y’all won” comment — but not this time.

LMFAOOOOOOOOOOOO you see cardi this why niggas don’t take us serious now pic.twitter.com/LJJ7J54FaP

In addition to an Instagram video of his estranged wife twerking, Offset also penned a heartfelt tribute to Cardi on Sunday (October 11), not long after the birthday festivities had ended.

“HAPPY BIRTHDAY @iamcardib,” he wrote alongside a photo of the couple. “you are amazing woman you the best! Me and Kulture are proud of you!!! over came every obstacle in front you they was all sleep at once then you woke the world up! Thank you for being 1000% every min I known you live it up enjoy keep fucking balling I’m lucky.”

HAPPY BIRTHDAY @iamcardib you are amazing woman you the best! Me and Kulture are proud of you!!! over came every obstacle in front you they was all sleep at once then you woke the world up! Thank you for being 1000% every min I known you live it up enjoy keep fucking balling I’m lucky

Following the divorce announcement, people wanted to blame the split on Offset’s cheating and his alleged “secret baby.” But according to Cardi, that had nothing to do with her decision to file.

“I wasn’t crying, you wanna know why?” she said during an Instagram Live session. “Because it wasn’t … the reason for my divorce is not because none of that shit that ever happened before. It’s not ’cause of cheating. I’m seeing people like, ‘Oh, he has a baby on the way.’ That’s a whole fucking complete lie.

“That’s the second time that people’s tryin’ to pin babies over here. No, that’s bullshit. I just got tired of fucking arguing. I got tired of not seeing things eye-to-eye. When you feel like it’s just not the same anymore, before you actually get cheated on, I’d rather just leave.”

For now, only time will tell if the divorce will be finalized. From the outside looking in, it certainly looks like Offset is trying everything in his power to stop it from happening, while Cardi is still protective of the father of her child.

Last week, she reminded her fans to keep his name out of their mouths.

“I don’t give a fuck if you don’t like him,” Cardi wrote. “I don’t talk to him but you not going to disrespect my child father. I will slap the shit out of you in [courtesy] of Kulture. If he die, go broke, you not the one that’s going to raise my kid & you not the 1 who pays for her shit.”