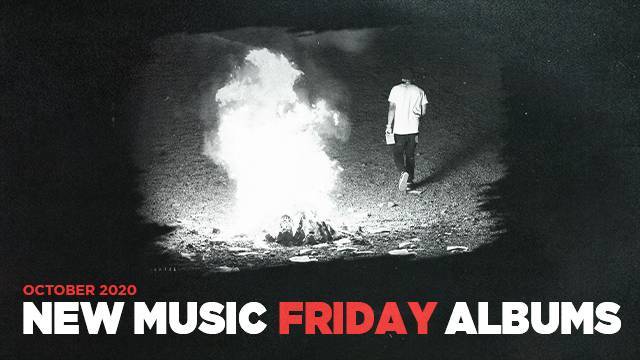 October got off to a busy start for Hip Hop with many big names dropping albums in its first week. Although the second New Music Friday of the month is a little more lowkey, there are still some noteworthy artists delivering new projects.

Top Dawg Entertainment has been noticeably quiet in 2020, but the label finally unleashes its first project of the year via REASON’s New Beginnings album. Also, the supergroup Dinner Party drops its second project in a matter of months with the help of stars such as Snoop Dogg, Rapsody and Cordae.

Lil Loaded, BlocBoy JB and Famous Dex are among the other notable rappers with releases this week. R&B fans get something to enjoy too with the latest work of Trey Songz.

Check out the streams below.

REASON has dropped his New Beginnings LP, which arrives two years after his There You Have It project was re-released by TDE. The West Coast MC’s latest album features his labelmates ScHoolboy Q, Isaiah Rashad and Ab-Soul as well as Rapsody, J.I.D and Vince Staples, among others.

Lil Loaded – A Demon In 6lue

Lil Loaded looks to capture the attention of fans with his new project A Demon In 6lue. The Dallas-bred rapper gets assists from YG, NLE Choppa and Polo G on the 17-track set.

Famous Dex’s new album Diana is named after his mother, who died from breast cancer. The 17-track LP honors her by arriving in October, which is Breast Cancer Awareness Month.

Trey Songz was recently diagnosed with COVID-19, but it hasn’t stopped him from dropping a new album. Less than a week after revealing he tested positive for the coronavirus, the veteran singer unveils his Back Home LP featuring Summer Walker, Swae Lee, Ty Dolla $ign and Davido.