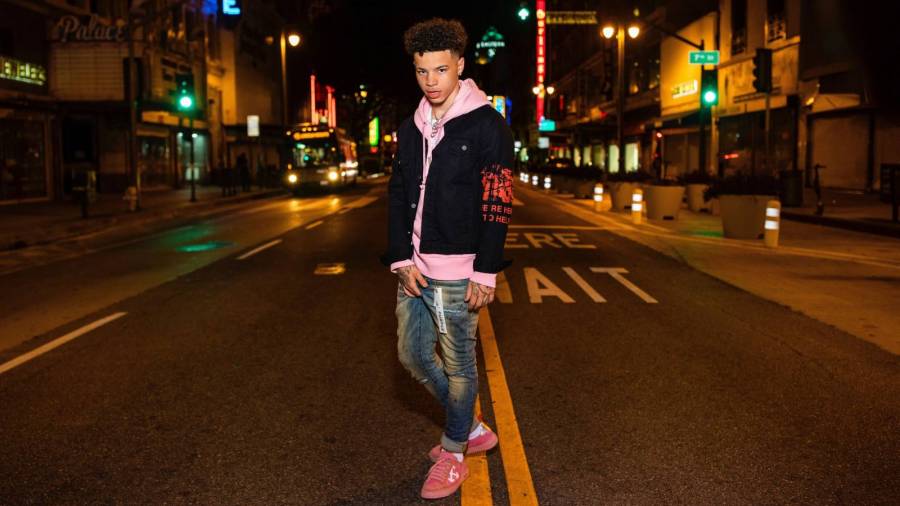 Interview – Lil Mosey has been having an impressive run since making his debut in late 2017. The 18-year-old rapper has developed one of the strongest resumes amongst his peers in his rap class and is already a star representing the new generation of Hip Hop artists.

He’s already acquired millions of streams, has a music festival in his hometown of Seattle, cracked the top 10 of Billboard’s Hot 100 chart, and collaborated with the likes of Chris Brown, Gunna, Lil Baby and even Selena Gomez. If there’s any doubt to be cast on the young rapper, it would be whether or not he can withstand the always evolving Hip Hop landscape.

While 2020 has been a shitshow so far, Lil Mosey made it work for him with his sophomore album Certified Hitmaker. The album catapulted Mosey further into the spotlight debuting at No. 12 on the Billboard 200 chart and gave him a double-platinum hit single with “Blueberry Faygo” after reissuing the album in February.

According to Lil Mosey, his evolution is the most important piece of the puzzle to him. He knows his growth will have him reach the heights he wants to in this industry and for an 18-year-old to have that mindset embedded into their young minds is not a common occurrence. Surpassing the massive success he’s achieved with “Blueberry Faygo” with even bigger hits is something he wants to cross off his list as well as traversing over into other genres.

“I’m always progressing and never taking a step back,” Lil Mosey tells HipHopDX. “There’s a lot of people I have to compete with and I can’t stop what I’m doing.”

Hip Hop’s current era is filled with all types of rappers from all different backgrounds, and to truly stand out is a mission in itself. In Lil Mosey’s case, he’s not worried about falling off with the amount of heat he says he has on the way.

When asked how he was planning to follow up on the success of Certified Hitmaker, the Emerald City product says he has another album in the chamber that’ll take fans to a whole new world. But he also revealed there’s a mixtape coming right before that.

“I told you I have to work,” he says confidently. “I’m always on key and always on point,”

HipHopDX spoke more with Lil Mosey about his career, standing out from the other melodic rappers, what success means to him at 18, crossing over into different genres, his dream collaborations, his upcoming album The Land of Make Believe and more.

HipHopDX: When you first came out, melodic rap was just blowing up. Now in 2020, you’re hearing it everywhere and there’s so many melodic rappers that’s out right now. Do you feel you have to work even harder now to stand out, because there’s so much melodic rap now?

Lil Mosey: I mean, in my newest music I’m making, I’ve been trying to just show the growth and evolution. Like just showing that I’ve gotten better and my music’s just better. And I also want to be recognized by my fashion, just different fashions coming out.

Plus, I got to work hard, because there’s a lot of people out here. But, I feel like I’ve done a lot of damage than a lot of other people, a lot more damage. That’s how it feel like. As long as I keep doing that, I should be good.

HipHopDX: What does success mean to you at 18? 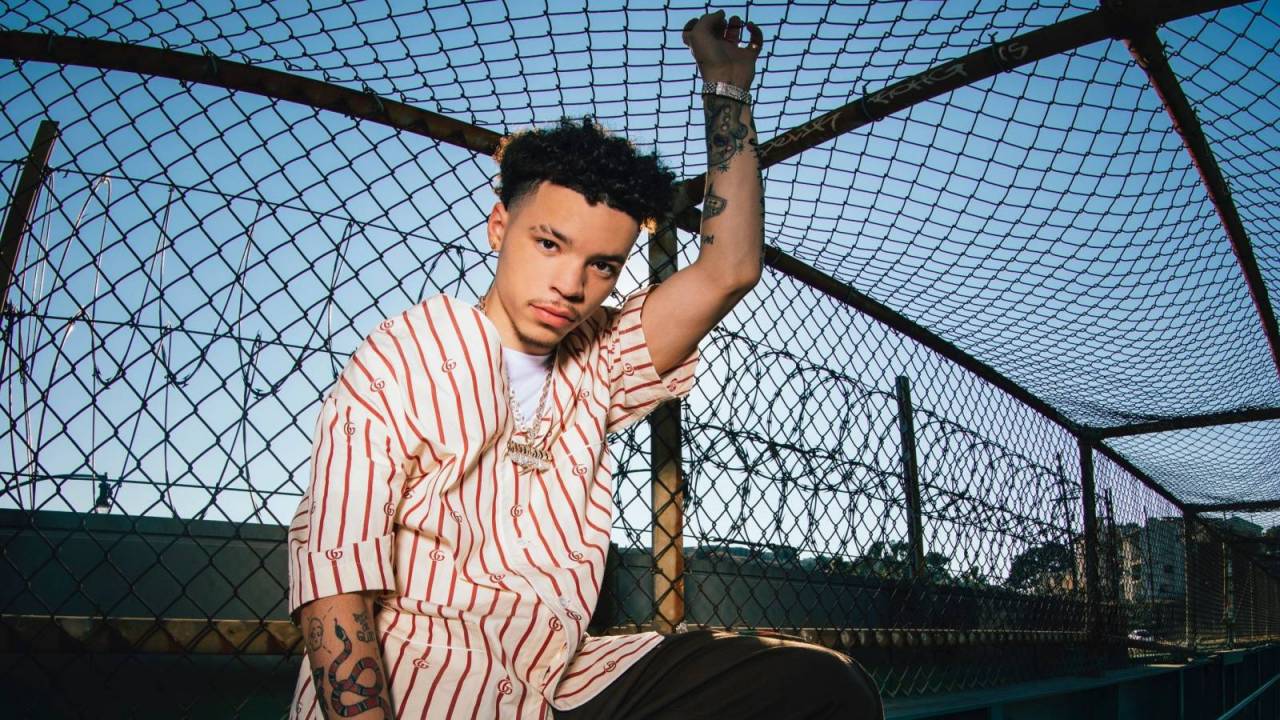 HipHopDX: I want to ask you about “Top Gone.” Why was it important for you to tap into the Latin space with that record?

Lil Mosey: Just like on my song “Bankroll” with AJ Tracey I just want to tap in with different parts of the world so that I could be anywhere and everywhere. I don’t just want to be like an American artist. Obviously, I have to do that because of where we are but I don’t really tap no artists in other places. The thought I have is can I really grow a fan base out there.

HipHopDX: Who’s one person that you want to collab with that people wouldn’t expect?

Lil Mosey: Well, I don’t know if people wouldn’t expect it. They might not expect it but I would like to work with Drake or like Ariana Grande. Yeah. That’d be lit.

HipHopDX: You’ve mentioned in the past how important Meek Mill’s “Dreams and Nightmares” really inspired you to rap. Is there a Meek and Mosey collab on the way?

Lil Mosey: Yeah there is. I’ve talked about it with him. So I mean, we probably just have to get some time in to get the shit done. When the time comes, it comes. I don’t want to rush it and I haven’t rushed him into meeting either and shit. I don’t feel like we need to rush it but it’s coming. It’s going to happen when it happens. You know? We’ve talked about it a lot for sure.

HipHopDX: You just dropped the track “Back At It” with Lil Baby. What it was like working with him on that record?

Lil Mosey: It was fine. I feel like he smashed that shit. He was throwing different words out and throwing them back on the song in his usual he usually does. That shit was fire.

HipHopDX: I noticed that on that record, you pretty much toned down the melodies. Why did you tone it down knowing that’s your space?

Lil Mosey: I don’t know. When I’m making music, I just make music to make music. I don’t think about it like, ‘Oh, this is just how you do it, because this is what it’s like.’ I deal more flavor, like any song could be a hit and I always want to hear the same thing over and over again. So I try to just keep my same style, but it’s nothing at the end of the day. Like, I try to make each song a different type of song, you know?

HipHopDX: Lil Baby shocked a lot of people when he put the $100,000 price tag on his features. If you could charge a price for your services what would it be?

HipHopDX: You dropped three new singles that many people thought was the deluxe edition, but you actually labeled it as the “AVA Leak.” Who is AVA?

Lil Mosey: When I first started saying I wasn’t from this planet and shit, that’s when we came up with the idea for AVA. I associated it with some artificial intelligence type of thing. I don’t know how to explain it but there’s going to be more. If you just keep watching, you’re going to see what we’re creating with that. Right now we’re kind of leaving subliminals here and there.

Workin on my next hit like I’m not already certified 🌨💤

HipHopDX: From what we’ve seen so far, there’s outer space and futuristic vibes to this whole AVA thing. Do you have a fascination with outer space?

Lil Mosey: No, I just feel like I’m not like anybody else. I just feel like I’m not like anybody from here because I’m different than probably everybody I’ve met. I got some people I fuck with but I meet a lot people. At the end of the day, all these other people, I don’t even want to be compared to them. I don’t know, I’m just a lot different than them. And I be seeing these people acting out with no sense, so it’s like I must not be from where they from that’s for sure.

HipHopDX: Are you big on sci-fi movies? You use a lot of sci-fi imagery in your album covers and videos.

Lil Mosey: I mean, I like movies like that, but I don’t have like an interest in aliens and shit like that. I believe in that shit, though, for sure, because that’s just real. I like watching hood movies and comedy movies and stuff, funny movies and shit.

HipHopDX: If you could pick a movie that mimics your career and where you’re at right now, what movie would it be?

HipHopDX: Let’s talk about this new mixtape you have coming out. Is that going to be The Land of Make Believe I spoke to you about before or is that album still on the way?

Lil Mosey: No. Yeah, I’m still waiting for that one. That album is my own planet. It’s going to be the craziest album so far. That’s why this next mixtape is getting put out before. The Land of Make Believe is something crazier than everything I’ve done so far. The one thing I found with this project is that I’m taking steps forward, always moving up and always progressing.

HipHopDX: What can you tell us about the mixtape? Are there any features?

Lil Mosey: There’s going to be a lot of hits on there. There’s definitely going to be features but I don’t really like doing them like that. I don’t want to talk about who I have on there too much right now.

HipHopDX: With you talking about progressing and leveling up, the whole world is at a shutdown right now with the pandemic putting a stop to everything. How are you maintaining throughout it?

Lil Mosey: I’ve just been recording and stuff. I never used to like working out and stuff but I started getting up and working out and getting healthy. And then, just staying busy and working on a lot of business opportunities, because I got so much time. I just want to do something. So got a lot lists, I will change a lot shit eventually.

Check out more of Lil Mosey content here and here. His latest album Certified Hitmaker can be streamed below.