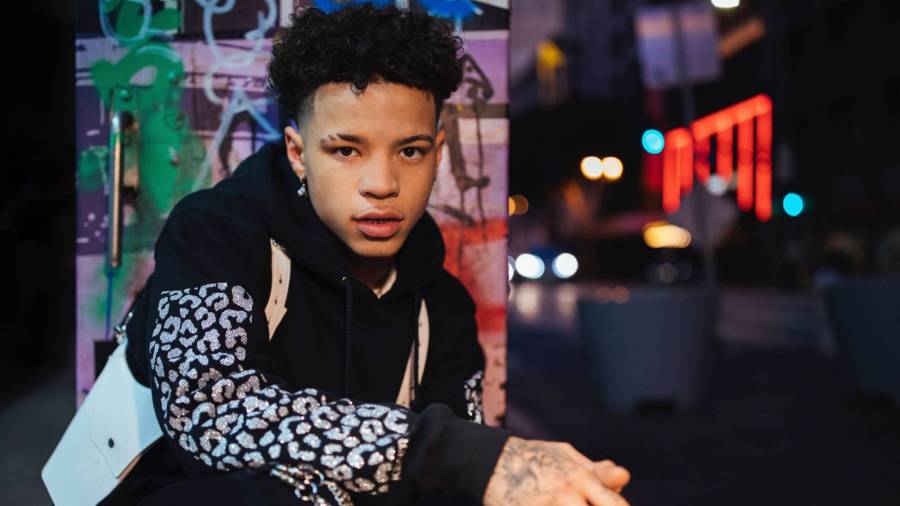 One of Hip Hop’s newest young stars is having a stellar year thanks to a single that caught it’s buzz initially off a leak. Lil Mosey‘s platinum record “Blueberry Faygo” has amassed over 850 million global audio streams and the Cole Bennet-directed video has peaked at over 144 million views. In a time where music is consumed so quickly, having a hot-selling record is not an easy feat to accomplish.

During his conversation with HipHopDX, Lil Mosey says he’s glad the single leaked given he had no idea the record was going to blow up the way it did.

“I’m glad that it leaked because at first I just thought about it like as a leak, just a little song got leaked,” Lil Mosey tells HipHopDX. “And then I thought if it wouldn’t have leaked, I don’t know if I would have even dropped the song or anything. So I mean, it was a blessing that it ended up leaking.”

Released in February of this year, the song peaked at No. 8 on the Billboard Hot 100 chart and was certified platinum in a span of 4 months.

“Blueberry Faygo” wasn’t the first record that Lil Mosey had blow up like this. His 2018 record “Noticed” achieved similar streaming numbers and Mosey says these types of records show how the Seattle artist can make bigger songs.

“Like the fact that I did ‘Noticed,’ and then I just had ‘Blueberry Faygo,’ I just know, I mean, I’ve got way better songs now, but I can definitely have bigger songs. And that’s something I’m doing right now is finding that next big song,” he said.

They like what you ride in? 🌨👼🏼 video coming soon!

When asked if there was a remix coming for “Blueberry Faygo,” Lil Mosey revealed he’s not really into the idea and rather leave the record be.

“I just feel like, I don’t know, I personally don’t even like remixes like that, because I usually think they’re like not as good as the original and stuff,” he says. “I just feel like that song you’ll probably see me with a remix sooner or later, but I also just feel like ‘Blueberry Faygo’ is big enough to get me in the running and then just move on the next hit.”

Check back with HipHopDX for our full interview with Lil Mosey. In the meantime check out his Instagram page @lilmosey and follow him .