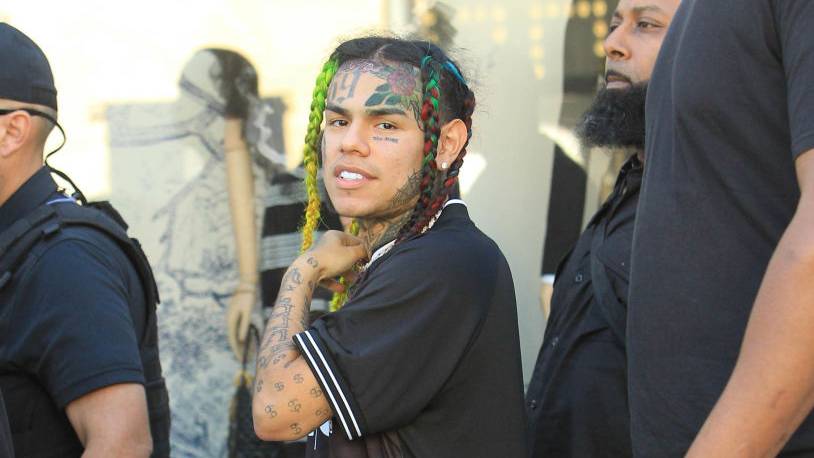 Tekashi 6ix9ine has been going back and forth with Lil Durk over the past month, ever since the Chicago rapper called him a “rat” on Drake‘s “Laugh Now Cry Later.” In the latest trolling between them, 6ix9ine has reacted to Durk’s single “The Voice” debuting at No. 62 on the Billboard Hot 100 chart, claiming he can only perform well on a song with Drizzy.

“Everybody in the industry posted this,” 6ix9ine said on Instagram. “This what happen when u don’t got Drake.”

6ix9ine takes aim at Durk despite his new album having a disappointing debut this week. TattleTales opened at No. 4 on the Billboard 200 chart with roughly 53,000 equivalent album units earned, following early projections pointing toward 150,000.

#lildurk and #6ix9ine responds to “The Voice” charring on the billboard charts.

6ix9ine’s comments look to be a direct response to what Durk said last week after he found out TattleTales‘ sales were potentially falling.

“This what happens when you go against the voice lol,” Durk said. “I’ma outsell him with my eyes closed.”

Just want to sell 55k worth of Merch like somebody albums sales otfgear.com

6ix9ine previously mocked Durk for simply dropping a single and not an album on the same day as him.

“REMEMBER THIS GOOFY SAID HE WANT ALL THE SMOKE,” 6ix9ine wrote on his Instagram Stories. “LEAVE THE SMOKE TO NUDKI #NUSKI PACK.”

Durk’s new album is also titled The Voice and will be released in October with no date announced yet.

On August 29, Durk alleged 6ix9ine’s team offered to pay him $3 million to keep up the trolling on social media, to which he refused.

“That bitch ass n**ga label call me,” Durk said on Instagram Live. “Somebody from his camp. I ain’t gonna say his label. Somebody from his camp called somebody from my camp talkin’ ’bout they’ll give me $3 million to keep trolling with this n**ga. Dead. I hope y’all on here lookin’ and listenin’. That shit dead, man. I ain’t never gon’ turn my back on the fuckin’ streets, ever.”