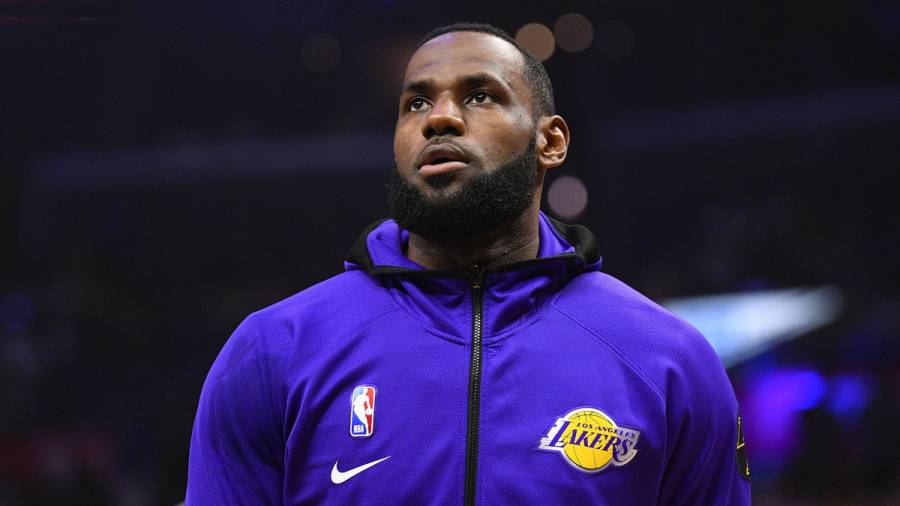 Orlando, FL – LeBron James is a noted Hip Hop fan and emphasized his status as a true head by wearing a t-shirt featuring multiple classic albums. The tee included a list of five acclaimed albums from 1996: JAY-Z’s Reasonable Doubt, Nas’ It Was Written, 2Pac’s Makaveli – The Don Killuminati: The 7 Day Theory, Outkast’s ATLiens and The Fugees’ The Score.

The Los Angeles Lakers star wore the t-shirt while he was roaming around the NBA Bubble in Orlando. Fans can pre-order the tee from Since 1982 ahead of its official release on August 27.

James and his team are currently competing in the opening round of the 2020 NBA Playoffs against the Portland Trail Blazers. The series is tied at 1-1 after two games.

The multi-time MVP has often shown he knows plenty about classic Hip Hop, but he’s up-to-date on the latest releases too. In a series of Instagram posts, the three-time NBA champion had lots of praise for Nas’ new album King’s Disease on Friday (August 21).

While James is normally just a fan, his love of Hip Hop allowed him to serve as an A&R for 2 Chainz’s 2019 album Rap Or Go To The League. He also curated one of the soundtracks for the NBA 2K video games series, showcasing his taste on the 2K14 edition.

View James rocking the classic albums from 1996 shirt above and his comments about Nas’ new album below.