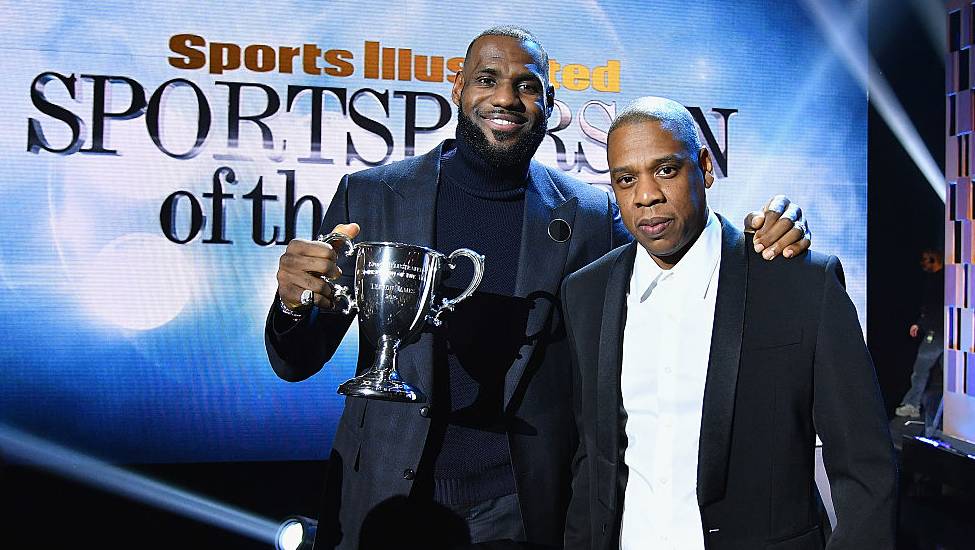 EDITORIAL – The NBA resumed its regular season on Thursday (July 30) and LeBron James is heavily favored by oddsmakers to lead the Los Angeles Lakers to their 17th world championship.

King James mirrors JAY-Z, a predictable victor whenever his name enters a conversation. Beyond a reasonable doubt, James and Hov are the best of both worlds in the NBA and Hip Hop, respectively.

Beyond their slew of awards, both men transcend music and sports. They have maintained a close relationship since James was drafted out of high school by the Cleveland Cavaliers in 2003.

The four-time NBA MVP’s humble upbringing in Ohio, NBA all-time records and off-the-court power moves in business, philanthropy, social justice and have paralleled much of Hov’s own life.

But their shrewd business moves and charity work have occasionally been met with trepidation by the media.

James’ detractors can’t knock the hustle of his eight straight NBA Finals appearances from 2011 to 2018. That matches JAY-Z’s rap industry domination for that same duration of summers that began in 1996.

We examined the rise of LeBron to the top, paralleling JAY-Z’s supremacy.

Where I’m From: Marcy Vs. Akron

Growing up in poverty helped shape the unmatched work ethic of LeBron and JAY-Z. Their rags-to-riches journeys from the Marcy Projects apartments located in Brooklyn and the Akron’s Spring Hill Apartments represent the American Dream. James has become a multimedia juggernaut like Jigga, escaping the violence that gripped his neighborhoods located in the Spring Hill apartments of Akron, Ohio.

Although JAY-Z was a product of his environment who mused about his violent and drug-dealing past which plagued his home area, him and LeBron used their passion for Hip Hop and sports as an escape.

Also, it’s coincidental the mothers of LeBron and JAY-Z share the same first name Gloria. Coming from single parents and seeing their mothers work multiple jobs tirelessly to keep the lights on at home helped shaped their both men’s tireless work ethic.

When JAY-Z released his seminal debut Reasonable Doubt in 1996, he emerged as the next great MC of his generation along with Nas, 2Pac and The Notorious B.I.G. It was the cauldron that began to bubble over the top of Jay, Damon Dash and Kareem “Biggs” Burke’s upstart Roc-A-Fella Records label logo’s champagne bottle. That led to Jay’s rap empire of Billboard chart-topping hits from that year through 2003, before his two-year retirement started in 2004 when Roc-A-Fella dissolved into Roc Nation. 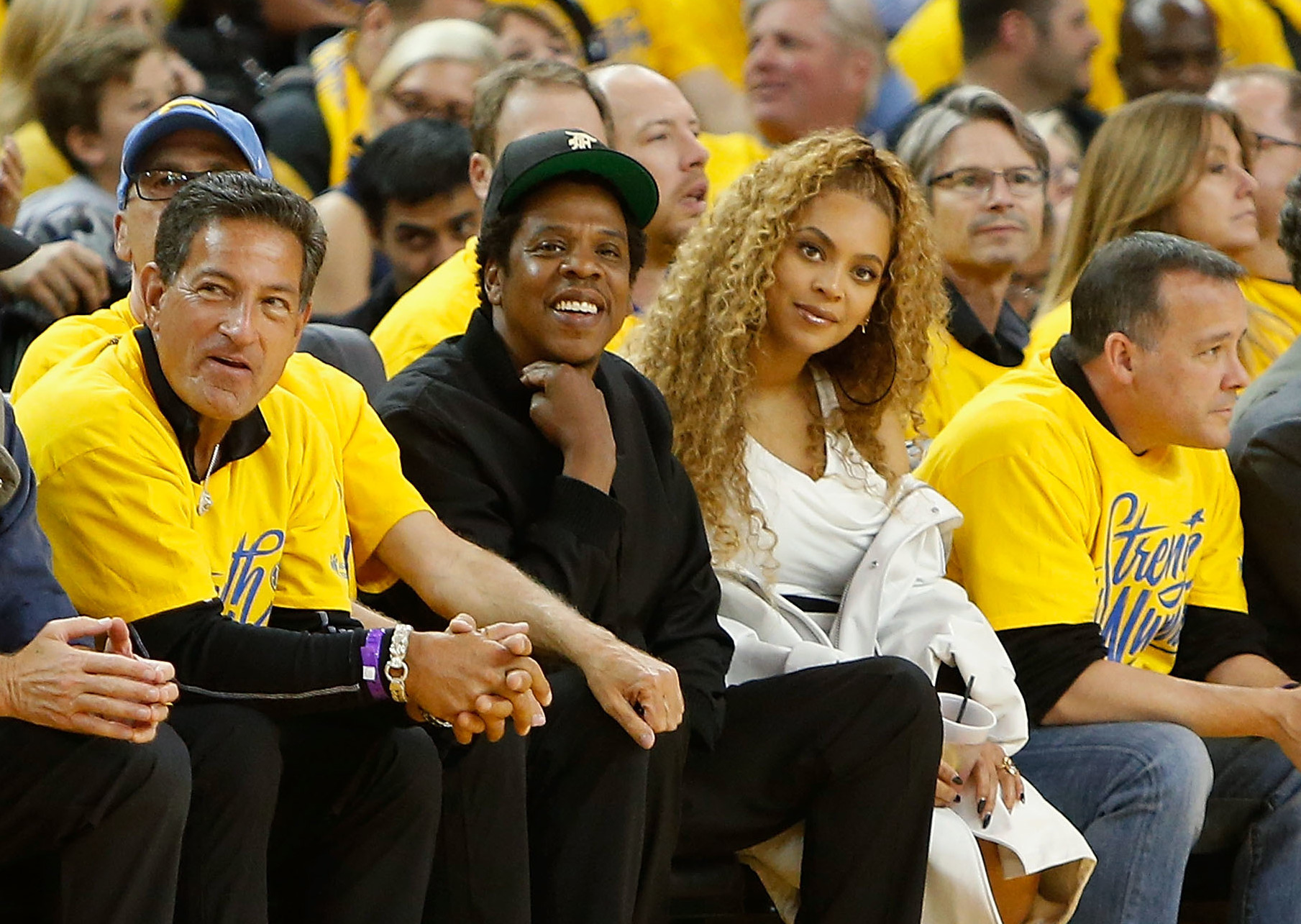 Similar to JAY-Z’s emergence in 1996 as “The Next” to be among rap’s greatest ever, LeBron was widely viewed as “The Chosen One.” The latter superlative is tattooed on James’ back and it was the headline of his Sport Illustrated cover story when he was high school junior.

He was unstoppable out the gate, winning NBA Rookie of the Year, turning the Cavaliers into a championship contender within four years after he was drafted. Within the first eight seasons of LeBron’s career, he also won his first two of four total NBA MVP awards and appeared in made two Finals appearances.

Similar to billionaire Jigga’s diversified business portfolio, James has an immeasurable impact on the sports and entertainment industry’s economy.

LeBron ranked atop all NBA players for earning $92.4 million in his salary and endorsements heading into the start of the 2019-20 season. The record-breaking gross among active NBA players also made him the highest-paid NBA player for the sixth consecutive year. By the time his four-year, $153.5 million-dollar contract with the Lakers expires in 2022, James will earn over $387 million playing in the NBA.

JAY-Z earned $81 million in 2019, ranking at No. 20 on this year’s Forbes list of the World’s 100 Highest-Paid Celebrities. His immense wealth is ensured by investments in Armand de Brignac champagne and D’Ussé cognac, exclusive art and real estate holdings and stake in Uber and Robinhood.

Plus, his Marcy Venture Partners has an $85 million fund for consumer-focused startups including e-bike purveyor Wheels, chef service Hungry and Rihanna’s Savage X Fenty lingerie line are among the company’s investments, according to an SEC filing.

LeBron James & Jay-Z Give Back To The Community

Being an international celebrity and community organizer with a media accessible wife of nearly 20 years and three children sounds utopian.

James and JAY-Z have put their money where their mouth is, pouring millions of dollars towards bettering urban youth, education and Black-owned businesses.

The earliest example of James’ charity initiatives was his partnership with ESPN in July 2010. James donated over $2 million dollars raised to the Boys and Girls Club from the network’s advertising The Decision when he announced he was leaving the Cavaliers to sign as a free agent with the Miami Heat.

With his longtime business partner Maverick Carter, the tradeoff of The Decision being widely viewed as a tone-deaf moment for LeBron was him taking the first steps of player empowerment in today’s NBA.

After beginning his eight consecutive NBA Finals appearances and two world titles with the Heat in 2011, LeBron redeemed himself when he rejoined Cleveland in 2014. After he staged arguably the greatest NBA Finals performance ever in 2016 when the Cavaliers delivered the city of Cleveland its first pro sports title in over 50 years, James left Cleveland for the second time in July 2018 as a free agent to join the Lakers to expand his brand in the world’s media capital.

“I just think it’s the perfect match,” James told ESPN. “This city is built on stars; this city breathes stars, and they breathe winners, and I’m a winner, more importantly.”

That same month, the LeBron James Family Foundation opened his I PROMISE Initiative School for children in Akron, Ohio. The organization also plans to spend $41 million to send kids to college. He also set up the residential arm called I PROMISE Village, a “transitional housing community” for Akron families marred by domestic violence, homelessness or other setbacks.

James’ altruism is akin to JAY-Z in terms of the focus towards community development.

In November 2006, as part of the rollout for his comeback album Kingdom Come, JAY-Z partnered with MTV and the United Nations to raise money for UNICEF by releasing his “Water For Life” video diary. The short film explored JAY-Z touring Africa to raise awareness about the global water crisis and providing play pump well devices for suffering young children and their families.

“I was looking for a cause to attach myself to,” JAY-Z said to ABC News. “I knew I was going to some places where there was problems and as soon as I came across the problems of water, and seen the numbers that were attached to it, I was like — this is it.

Equally present in the streets and executive board rooms, James and JAY-Z understand systemic racism and disenfranchisement by the U.S. government against people of color.

JAY-Z’s advocacy to fight for justice by using his influence to support several Black families of victims killed by police, such as George Floyd, is paramount.

In September 2016, JAY-Z released a viral op-ed video via the New York Times titled the “War On Drugs Is An Epic Fail.”

He also created REFORM Alliance Foundation for criminal justice reform with Meek Mill and several billionaires in the sports and finance industry, which has collectively pledged over 50 million dollars to the foundation through 2019.

“We’ve had voter suppression for so long,” James said on a Zoom conference call about the organization’s mission. “People not understanding how they can vote, where they can vote, if their vote really counts.”

According to Politico, More Than A Vote’s will donate $100,000 to assist ex-felons in Florida pay their outstanding court debts to be eligible to vote. The proceeds will be given to the Florida Rights Restoration Coalition to help raise awareness of the issue. In 2018, the FRRC caused a constitutional amendment to eliminate Florida’s lifetime voting ban against people with felonies on their records. Following the amendment’s passing, the state legislatures’ Republican majority passed a law that’s being challenged in federal court, increasing the difficulty for felons to vote once more.

There’s a cost of attaining that level of power is dissidence from the public and media.

James’ actions clearly speak louder than words on his jersey he declined to use for the current season continuation. But everyone listens when he speaks, including calling for justice in the police murder of Breonna Taylor and the lack of progress for Black people in America.

“Unfortunately, in American society, there ain’t been no damn movement for us.”

However, LeBron’s affluence and powerful influence in corporate board rooms, NBA front offices and the streets can move mountains from his empire state of mind.