Actor Faizon Love, who famously played “Big Worm” in the cult classic film Friday alongside Ice Cube and Chris Tucker, found himself embroiled in some controversy after a recent appearance on the Hip Hop Uncensored podcast.

During the conversation, Mr. Love called cap on JAY-Z’s alleged drug dealing past, saying, “I like Jay-Z. I like him as a guy and the whole thing he created about this fake dope dealing. That’s when I stopped liking him. This nigga ain’t sold no cocaine in his life — I don’t think he’s ever won a fight. There’s no stories of the other side. Somebody going to bust you. Nobody ever sold you pancake? … All this shit sounds like an episode of Miami Vice.”

Now, Cam’ron is coming to Hov’s defense and basically telling Love to keep the Roc-A-Fella legend’s name out of his mouth. Over the weekend, Killa Cam shared an Instagram post telling Love exactly how he feels.

“I know me and Hov haven’t had the best relationship (publicly) but Faizon don’t know what the fuck he’s talking bout. whether legally or illegally niggas got to it,” he wrote in the caption. “Faizon #UwasntThere #iwasthere for some it #HusltersRespectHustlers #UwasSellingNicksOutTheIceCreamTruck.”

I know me and Hov haven’t had the best relationship (publicly) but Faizon don’t know what the fuck he’s talking bout. whether legally or illegally niggas got to it. Faizon #UwasntThere #iwasthere for some it #HusltersRespectHustlers #UwasSellingNicksOutTheIceCreamTruck

Of course, Hov has built an entire career on gritty, inner city tales. Throughout his expansive catalog, the Hip Hop billionaire has often detailed his once seedy past. From the losses he suffered while selling drugs and being shot at three times at close-range to losing 92 kilos of cocaine, his rhymes were indicative of someone who really lived that life. 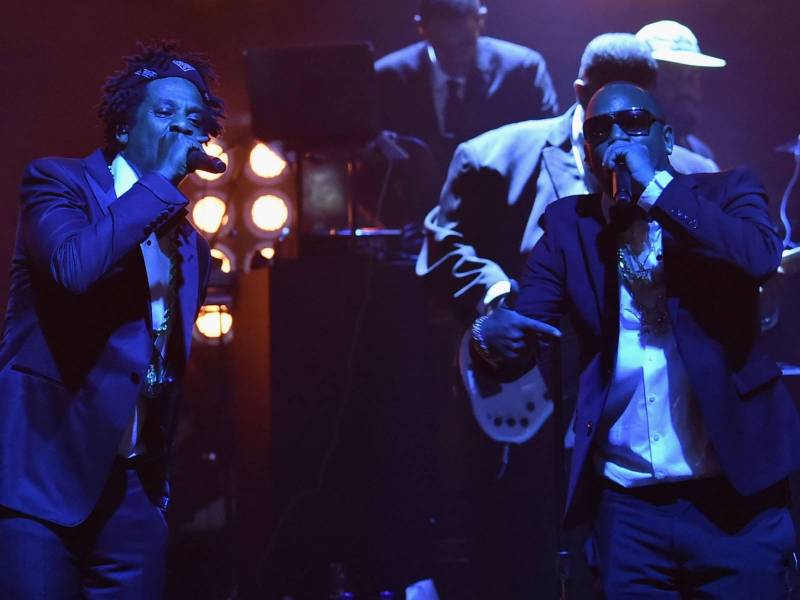 Yes, Jay is now a wealthy business mogul married to Beyoncé, one of the biggest pop stars in the world, so he isn’t writing about street life anymore — it simply doesn’t apply to his life. Instead, he’s evolved into opening up about his personal relationship pitfalls and life as a family man as demonstrated on Hov’s 2017 solo album 4:44.

Cam and Jay have a long history and after he was named Vice-President of Roc-A-Fella without Jay’s knowledge. In 2002, they teamed up for the song “Welcome To New York City” from Cam’s third studio album Come Home With Me. Over the years, they’ve had their issues with one another but managed to come together for Jay’s “B-Sides 2” concert at New York City’s Webster Hall in April 2019.