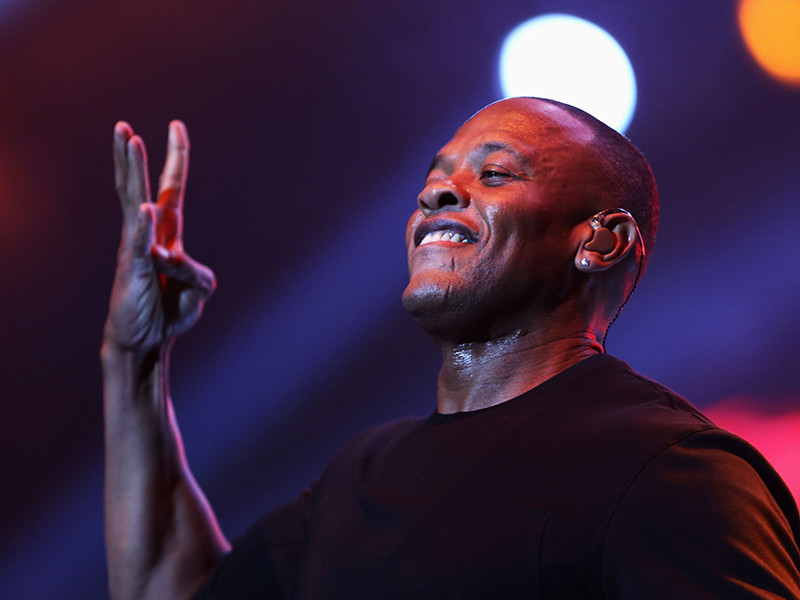 On March 7, 1995, Dre dropped a bomb on the Friday soundtrack called “Keep Their Heads Ringin” featuring vocals from singer Nanci Fletcher. Samples were derived from The Sequence cut “Funk You Up,” which was released in 1980 via Sugar Hill Records.

The song was a commercial hit, peaking at No. 10 on the Billboard Hot 100 and No. 1 on the Hot Rap Tracks chart.

The accompanying video was directed by F. Gary Gray — who would go on to direct the history-making Straight Outta Compton biopic in 2015 — and starred Friday actors Chris Tucker, Faizon Love and Nia Long.

Set in an airplane hanger, the visual finds Dre and crew taking over the airport controller’s communication system in order to play the Friday film.

Although the Friday soundtrack was put out on Priority Records, Death Row Records currently owns the masters. The album includes 15 tracks by artists such as Scareface, Ice Cube, Cypress Hill, Mack 10, 2 Live Crew and Rick James.

The album was released in April 1995 and certified double platinum by the RIAA in June 1996.

Since its release, Friday has become a cult classic and helped launch Cube’s lucrative film career. Cube is currently shooting another installment of the franchise called Last Friday. He confirmed the news during an appearance on The Late Late Show with James Corden in 2017.

No release date has been confirmed as of yet.

Until it surfaces, revisit the original soundtrack above and keep that head ringin.